This post contains spoilers for Guardians of the Galaxy Vol. 3

“Some stories have an end, doesn’t mean everyone dies,”

Despite this being Gunn’s last time doing a Guardians movie, he is set to introduce us to some new characters including Adam Warlock (Will Poulter). Another character making his MCU debut will be High Evolutionary who is played by Peacemaker’s Chukwudi Iwuji. In the comics High Evolutionary was a scientist known for his genetic experiments. It is suggested that he will be responsible for the experiments that helped create Rocket Raccoon.

Gunn has said that Rocket will play an important role in the third film and the recent footage shown at Comic Con shows that we will see Rocket’s origin. With Rocket’s backstory we will finally see how he became the wise-cracking smart-ass hero we all love. We might also see the origin of some other people in Rocket’s life.

Fans have speculated that since we are getting Rocket’s origin that perhaps we will see the debut of his love interest and soulmate, Lylla, the otter. Lylla was teased in the first Guardians film while Rocket was being processed. The screen showed Groot and Lylla as his known associates.

When it comes to Lylla, there have also been rumors that Daniela Melchior (The Suicide Squad) might actually be voicing her. Currently her role is unknown and Wikipedia says she has a small role in the film.

pources close to GVN tell us that Lylla is in the film and she shares a few scenes with Rocket.

Although we cannot say if these scenes are all flashbacks or a combination of flashback and present story. When reaching out to others for confirmation we were told Lylla was in the script for Guardians 3 but whether or not she makes it into the final cut remains to be seen.

In the flashback we see a baby otter, a cyborg walrus, and a robot spider rabbit that baby Rocket makes friends with. Rocket’s first words are “hurts”.

Lylla is definitely a character fans want to see and she is a very important character in Rocket’s origin story. There are a lot of questions we would like answered. Is Lylla dead? Did something happen to separate them? Could Lylla return and give Rocket the happy ending we all would like to see him have?

James Gunn is known for debunking “scoops” that are not accurate so time will tell if he bothers to debunk this report or not. 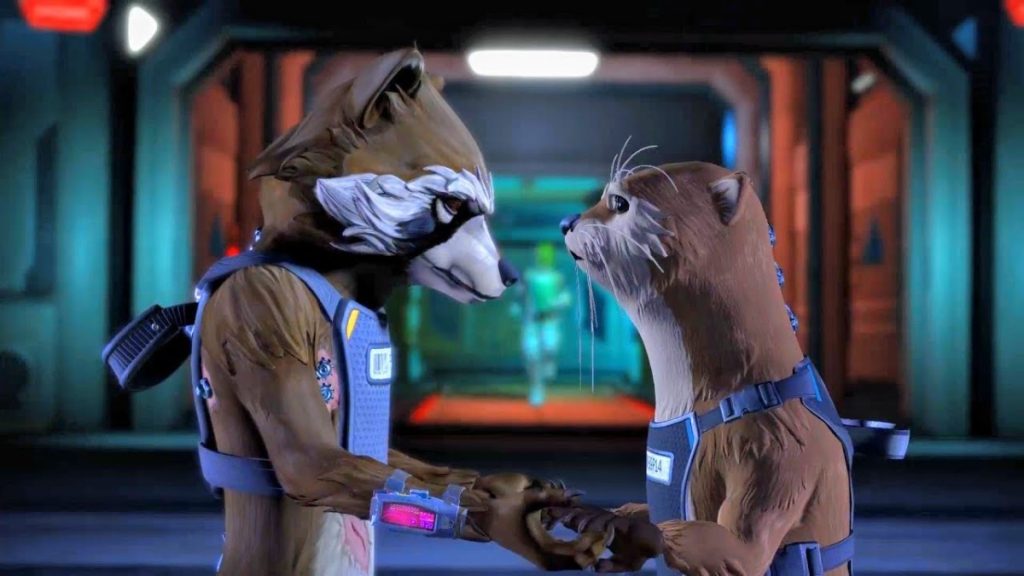 In the comics Lylla was a sapient otter and the heiress to Mayhem Mechanics on the planet Halfworld.

What will be the fate of favorite Guardians? Will Rocket find happiness? Those questions and more will be answered on May 5, 2023.

Before we let you go, we have officially launched our merch store! Check out all of our amazing apparel when you click here and type in GVN15 at checkout for a 15% discount!

Make sure to check out our podcasts each week including Geek Vibes Live, Top 10 with Tia, Wrestling Geeks Alliance and more! For major deals and money off on Amazonmake sure to use our affiliate link!