Marvel fans will have plenty of time to enjoy Wakanda — and mourn Chadwick Boseman — as Ryan Coogler’s “Black Panther: Wakanda Forever” will have a runtime of two hours and 41 minutes, according to listings on multiple movie theater websites.

The sequel to the Best Picture-nominated superhero film will be the second-longest film in the Marvel Cinematic Universe canon, second only to the three-hour “Avengers: Endgame.” It is five minutes longer than the previous film to hold that No. 2 spot, Chloe Zhao’s “Eternals,” and 27 minutes longer than the first “Black Panther.” TheWrap has reached out to Disney for comment.

While several films like “No Time to Die” and “West Side Story” have regularly exceeded 2.5 hours in runtime, audiences have shown that this does not dissuade them from buying a ticket as long as the quality is still high. A three-hour runtime didn’t stop “Avengers: Endgame” from grossing over $2.7 billion at the global box office, while the DC film “The Batman” grossed $770 million this past spring with an even longer runtime than “Wakanda Forever” at 176 minutes. 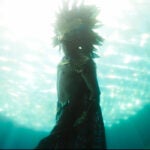 Conversely, “Eternals,” which got the lowest Rotten Tomatoes score ever for an MCU film, grossed just $402 million worldwide last November, $30 million less than what “Shang-Chi and the Legend of the Ten Rings” grossed just two months prior.

For hardcore Marvel fans, such a long runtime for “Wakanda Forever” probably won’t be surprising considering how much the film has to cover. Along with writing out King T’Challa, whom Marvel decided not to recast after Boseman’s death in August 2020, “Wakanda Forever” is set to show the consequences facing the Black Panther’s homeland after T’Challa’s decision to reveal its advanced technology to the world , all while T’Challa’s family must determine who will take his place as both leader and protector of Wakanda.

“Black Panther: Wakanda Forever” will be released on Nov. 11.