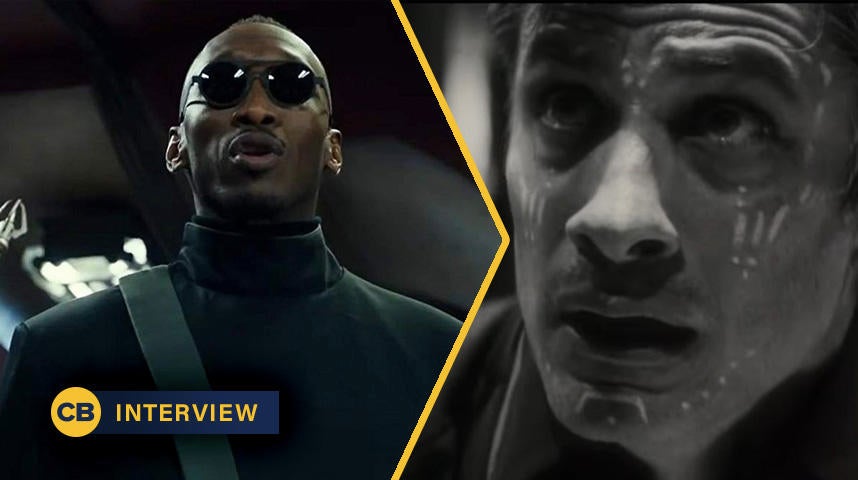 Werewolf by Night is being praised in the first reactions from members of the press who saw early screeners of the Marvel Studios special coming just in time for Halloween. One of the common compliments, including those in Phase Zero’s full reaction to Werewolf by Nightis how Werewolf by Night tells a self-contained story which does not rely on other characters, cameos, or ties to the larger Marvel Cinematic Universe to tell a compelling story. In an interview with ComicBook.com, Werewolf by Night director Michael Giacchino opened up about how heavily they considered having other Marvel characters cameo in Marvel’s first Special Presentation.

“[Cameos] never really came up,” Giacchino said. “I mean, we talked a little bit about Blade, but in the end it was like, ‘You know what, if we’re looking at this and I always described this as an episode of The Twilight Zone, you know, let’s keep it contained.’ This is one night in the life of Jack and Elsa, and let’s see what that’s like. And I know everyone searches for connectivity and we want this person in here and this, and I was like, ‘No, let’s just do this.’ It exists in this same world as all of these other things. It does, but let’s not worry about that right now. We’ll deal with that maybe someday, I don’t know. But for right now, I just wanted to tell the story of one night in the life of these characters and hopefully something that you could just drop in on not having seen anything else and just enjoy it for what it was.”

Although it does not seem like Blade was ever a major intention for Werewolf by Night, this is the second known time the character has been considered for an appearance only to make the cut. Eternals was originally going to show Mahershala Ali as Blade in its credits scene but ultimately only used the character’s voice. While Moon Knight was introduced in the original Werewolf by Night comics, it does not sound as though Giacchino was eager to stuff him into the story here, either.

Laura Donnelly joins the Marvel Cinematic Universe as the Elsa character Giacchino mentioned, with Gael García Bernal joining the fold as Jack. The two cast members were on set for Giacchino’s biggest project as a director yet, coming with the fortune of having much of Werewolf by Night being produced for the camera practically on set. “Wherever we could do practical in camera effects, we did it,” Giacchino revealed. “And I would say there’s a ton of them in there that you just would never even know.” This includes one of the most impressive shots in the Marvel special, a sequence centered around Donnelly’s Elsa and the werewolf evolves before her eyes. Giacchino goes into detail about this specific sequence in the full interview which is available on the Phase Zero channel.

Are you excited for Marvel’s Werewolf by Night special? Share your thoughts in the comment section or send them my way on Twitter! Giacchino will be joining the Phase Zero podcast following the release of Werewolf by Nightso subscribe to the channel now to be notified! Werewolf by Night hits Disney+ on October 7.