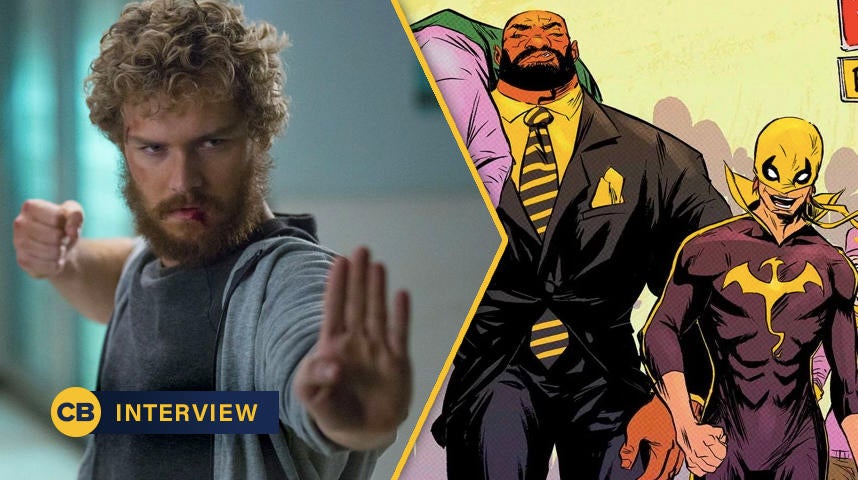 One by one, Marvel Studios is beginning to introduce characters from other Marvel franchises into the Marvel Cinematic Universe. It started with Daredevil’s Matt Murdock (Charlie Cox) getting a scene in Spider-Man: No Way Home days before the version of Kingpin (Vincent D’Onofrio) from the same series returned during the events of Hawkeye. Fast forward to May 2022 and Doctor Strange in the Multiverse of Madness brought back another set of characters from Marvel projects not produced by Marvel Studios. Patrick Stewart, best known as Professor Charles Xavier from the 20th Century’s now-deceased X-Men franchise, and Anson Mount—the Inhuman King Black Bolt from ABC’s widely-panned Inhumans series—both returned.

The stage has been set for more introductions and one way or another, Finn Jones hopes his take on Iron Fist is included in the mix. The actor tells ComicBook.com he’d love to return to K’un-Lun and play the protector of the Immortal City once more.

“I would love to continue playing that character. I think there’s a lot of room for growth. Personally, where I would like to see the reintroduction of the character would be something like a Heroes for Hire TV series,” Jones says. ” I think that would be the most dynamic and fun way to reintroduce those characters. I loved working with Mike and I loved the on-screen chemistry between Danny and Luke. I think it’s a really interesting creative place that show can be taken in. I’d love to pick up that mantle again and keep moving this character forward and make the best possible Iron Fist there could be.”

What are the Heroes for Hire?

The Heroes for Hire are just what they see—a group of characters in the Marvel mythos that sell their abilities to help strangers out. A bonafide superhero business, both Danny Rand and Luke Cage often find themselves as leaders of the group. Through the years, there have been several iterations of the team, including any members from Human Torch and She-Hulk to Misty Knight, Colleen Wing, Ghost Rider, Moon Knight, and the Punisher.

Given that both Iron Fist and Luke Cage arguably have more comic appearances together rather than solo series, a Heroes for Hire series seems like the most attractive option for Marvel Studios—especially if they’re wanting to introduce other heroes that are unable to support their own franchise.

Are Iron Fist or Luke Cage coming back?

So far, the only two confirmed returnees from the DefendersVerse are Cox and D’Onofrio. Over the summer, speculation began to run rampant that Krysten Ritter or Jon Bernthal could return as Jessica Jones and Frank Castle/The Punisher, respectively, but nothing has been seriously reported by trades or confirmed by Marvel Studios.

Both seasons of Iron Fist are now streaming on Disney+ while The Visitor is available on digital demand October 7th.

What characters would you like to see pop up in a new Iron Fist show? Let us know your thoughts either in the comments section or by hitting our writer @AdamBarnhardt up on Twitter to chat all things MCU!