Marvel Studios is giving a major redesign to “Armor Wars,” shifting it from a six-episode streaming series on Disney+ to a feature film for theaters, Disney has confirmed to TheWrap.

Yassir Lester, who was hired as showrunner for the series, will stay on as screenwriter for the film. The film is still in search of a director. 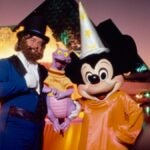 Production on the “Armor Wars” series had been set to start next year, but the shift to a feature film will likely mean that it will be pushed back on Marvel Studios’ schedule. It is also unclear exactly where on Marvel’s theatrical slate “Armor Wars” would be placed, as Marvel Studios currently has eight theatrical releases slated between 2023 and 2024, with a pair of “Avengers” films hitting theaters in 2025.

Regardless of when “Armor Wars” is placed, the news of the project shift will certainly be welcome to movie theaters, which have become more dependent than ever on Marvel’s popularity to support the box office after the COVID-19 shutdown. The six MCU films that have been released since theaters reopened have combined to gross $4.9 billion worldwide, with $1.9 billion alone coming from last year’s “Spider-Man: No Way Home.” “Black Panther: Wakanda Forever” is expected to add at least another $1 billion when it is released in November.

Cheadle will also play Rhodey in the upcoming Disney+ series “Secret Invasion,” which stars Samuel L. Jackson as SHIELD Director Nick Fury and is planned for a 2023 release on Disney+. Since replacing original “Iron Man” star Terrence Howard in the role in 2010’s “Iron Man 2,” Cheadle has played War Machine in six MCU films and has had a cameo in the first episode of the Disney+ series “Falcon and the Winter Soldier. ”

The project shift was first reported by The Hollywood Reporter.