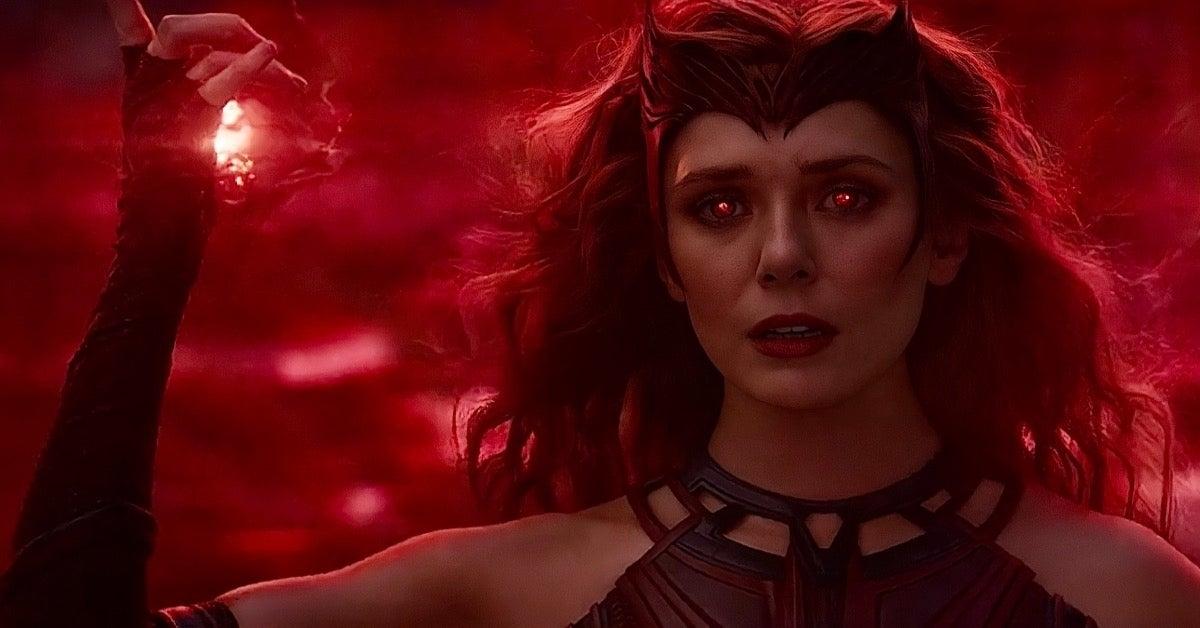 Marvel Studios has been absolutely killing it as of late and they’re showing no signs of slowing down. The studio has had several hit projects be released this year in theaters and on the Disney+ streaming service. We’ve seen the release of Moon Knight, Doctor Strange in the Multiverse of Madness, Mrs. Marvel, Thor: Love and Thunder, She-Hulk: Attorney at Law and the upcoming Black Panther: Wakanda Forever. Yesterday, we found out some news on the future of the Marvel Cinematic Universe with the announcement that Hugh Jackman will return as Wolverine alongside Ryan Reynolds in Deadpool 3. One of the key mutant characters in the MCU just found out about the news and is itching for a team-up. During Variety’s Power of Women event, someone broke the news to Elizabeth Olsen and she wants an entire X-Men and Scarlet Witch meet-up.

“I guess Wolverine is X-Men,” Olsen told Variety. “It would be cool to work with a lot of those people form the X-Men franchise. I guess Fassbender is my dad in some world?”

“The danger is you can expand your scope too wide, and you can actually reduce the stakes if you don’t make it personal as you go bigger and wider. But the opportunity in the multiverse is to have characters confront literal ‘What ifs? ‘ and alternate versions of themselves and perhaps others in their lives. It’s an interesting way to hold up a mirror to characters,” Waldron said. “In every way, it shapes the emotional heart of the story. It has to. The multiverse isn’t just a MacGuffin where we’re like, ‘Okay, this is just a kitschy thing that we’re playing with in this movie .’ If you’re faced with alternate realities and with alternate versions of yourself that has to become the emotional heart, exploring who you might be if you were a different version of yourself, if you made other choices, the right choices or the wrong choices. It’s complex stuff, emotionally, and that’s exactly why it’s so thrilling and so great for a cast as dramatically talented as this one.”

Marvel Studios describes Doctor Strange in the Multiverse of Madness as follows: “To restore a world where everything is changing, Strange seeks help from his ally Wong, the Sorcerer Supreme, and the Avengers’ most powerful Scarlet Witch, Wanda. But a terrible threat looms over humanity and the entire universe that no longer can be done by their power alone. Even more surprising, the greatest threat in the universe looks exactly like Doctor Strange.”

The film is directed by the legendary Sam Rami and will star Benedict Cumberbatch as Doctor Strange, Benedict Wong as Wong, Rachel McAdams as Christine Palmer, Elizabeth Olsen as Wanda Maximoff/ Scarlet Witch, Patrick Stewart as Professor Charles Xavier, Xochitl Gomez as America Chavez and Chiwetel Ejiofor as Baron Mordo. Doctor Strange in the Multiverse of Madness is exclusively streaming on Disney+!

What do you think of the idea? Let us know your thoughts either in the comments section or by hitting our writer @NateBrail up on Twitter!