Long-time DC and Marvel writer, Mark Waid, made a multi-paragraph rant on aging out of the comics industry and what he perceives as the realities of the business. 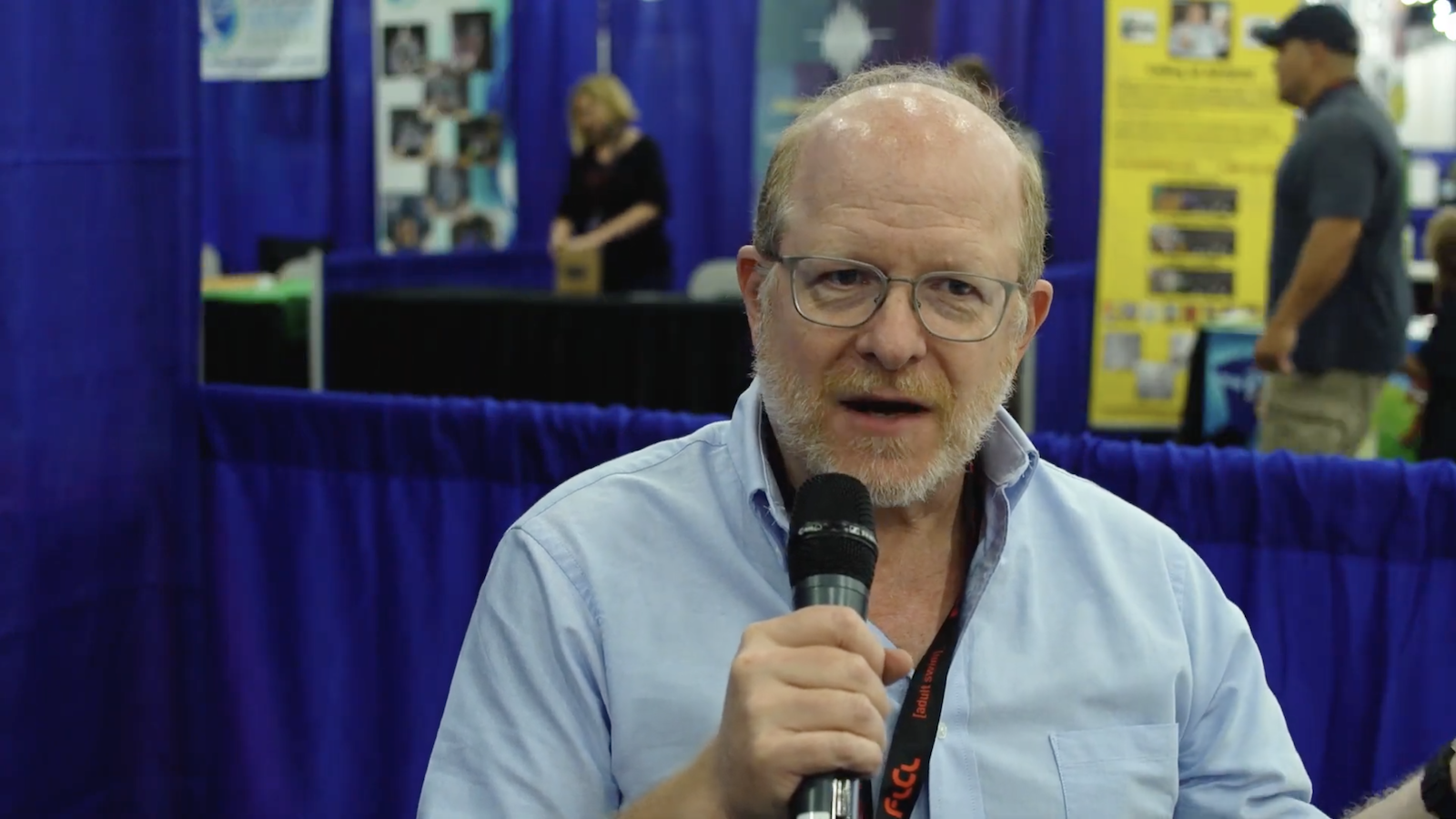 He opens his tirade by stating his post is somehow advice “for beginners and aspiring creators,” but the rambling quickly devolves into backhanded attacks on his peers for the way they’ve handled the mainstream comic industry proverbially kicking them to the curb.

Waid is in a position of privilege as a person who owns his own publishing imprint and has continued to be thrown work from Marvel and DC, even though fans in recent years have been less-than-enthusiastic about his modern work as compared to what he had done on books like Kingdom Come or JLA. “As in any industry, creative or otherwise,” Waid says, “there is ageism in the comics industry; no matter your skill, no one gets to stay the new hot fan-favorite eternally, and there’s a natural assumption among editors and fans, right or wrong, that no one can keep hitting homers forever.”

“The creators who are most punished by this, to me, seem to be the ones whose style—however lauded or commercial in the past—has become so locked and predictable that it doesn’t seem as fresh and attractive to readers and editors as it once did.” 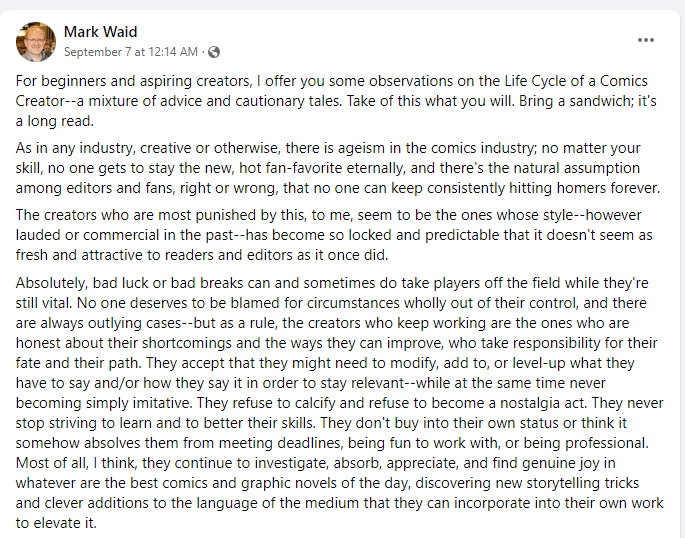 Waid’s assumption here is that talent, style and creativity are the major factors when determining work-for-hire at mainstream companies, although increasingly we’ve seen artists like Greg Land, Mark Brooks, or Salvador Larroca, who have all been criticized for what fans perceive as tracing, continue to get top tier assignments even as they age.

Meanwhile, much-lauded artists like Patrick Olliffe (Spider-Girl) have flexed new styles in their current works such as his new book Edgeworldand gotten little work from Marvel or DC in recent years. The comic industry also has been criticized for hiring foreign artists from places like the Philippines because they will work at approximately a third of the page rate of an American artist. Even though these foreign artists often don’t have the same level of detail or care for the characters, these companies continue to use them because they rely on their brand to sell books rather than quality. It has left a lot of artists without careers or ways to make income as Marvel and DC offer very little support for the artists they put on the grind for years through their careers.

Waid, in his talk about past commercial styles, seems to be passive-aggressively throwing shade at artists from his glory years in the industry, ones who are rightly upset with the way the industry has treated them. He continues in his rant by making up quotes from older artists such as “my comics outsold the crap they’re publishing now…” to which fan-favorite artist, Rob Liefeld appeared to notice that it was Waid taking pot shots at him. 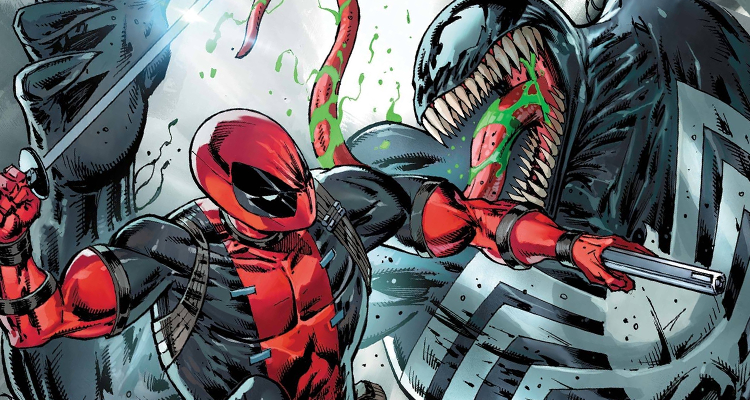 Liefeld has been critical of Marvel and DC’s poor business practices regarding their talent. He had choice words for Waid’s ramblings, replying, “Interesting given the bitter source that wrote this. Notorious whiner. I mean, seriously.”

Waid seemed to have no self-awareness of his rants which look like they’re passively targeting Liefeld among others, stating, “You have something you want to say directly to me, Rob, just call or write,” he defiantly encouraged.

“You don’t have to go behind my back and take cheap shots in public when, to the best of my memory, I’ve never done you that disservice,” he lambasted. 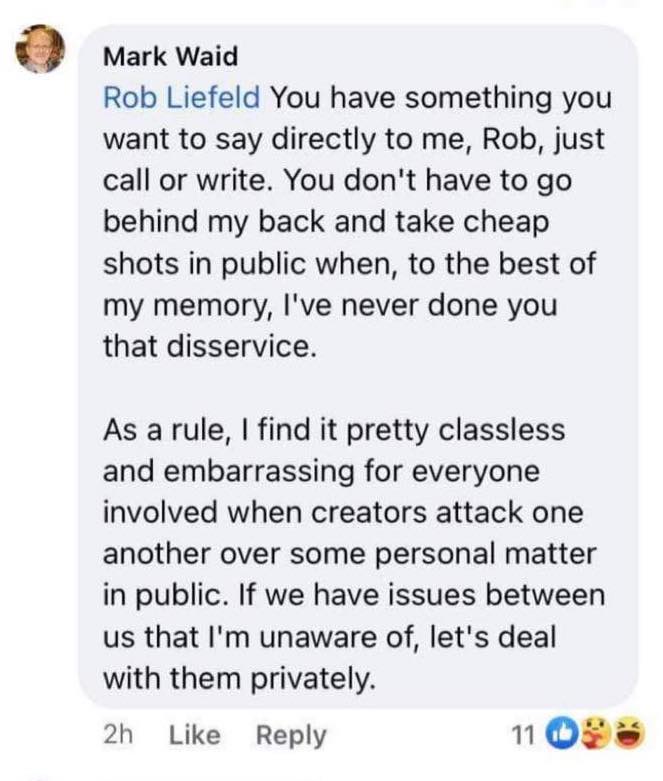 How a comment on Mark Waid’s wall is “behind his back” isn’t elaborated upon, Waid seems to forget his own writing, which would be easy to apply to Liefeld, which was both indirect and a cheap shot in public.

Waid’s cheap shots don’t end there, as his original rant targets fan-favorite artists of the ComicsGate movement, who in recent years have pointed out how the comic industry has another massive problem—that of blacklisting over politics. 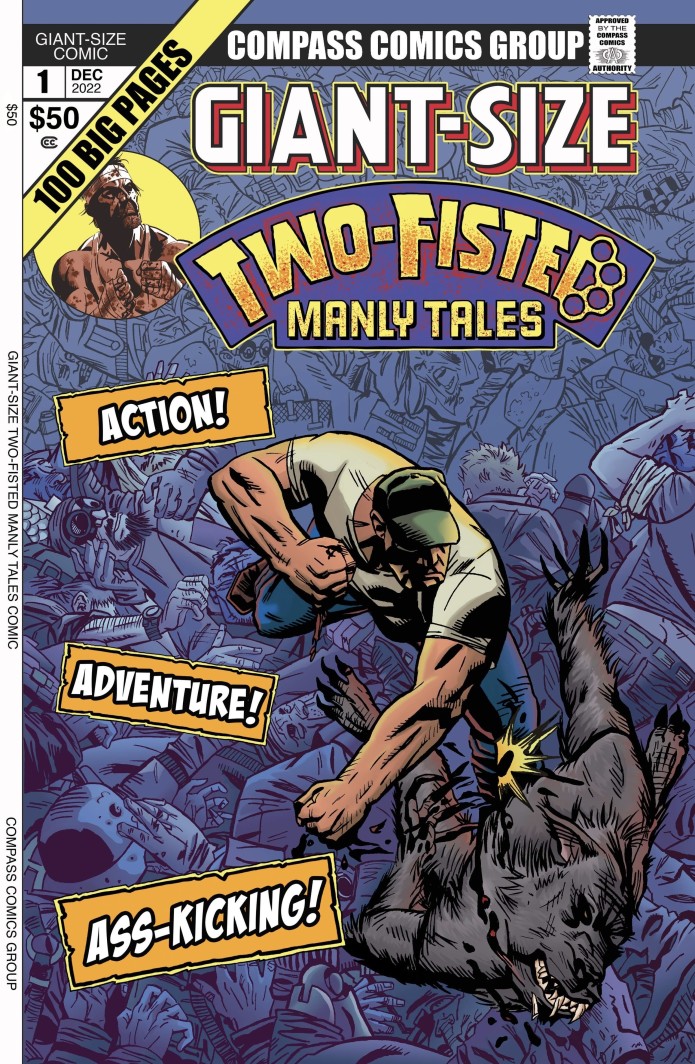 It’s been proven many times as these artists have shown correspondences, talked about how they were abused after their professed support for Donald Trump, and also in how the industry only hires people who are vocal about extreme leftist politics, which was brought to mainstream America’s attention in the Federalist article, Forcing Political Correctness On Employees And Characters Is Killing Marvel Comicsback in 2017.

The embattled Marvel and DC writer attacks such confirmed blacklisting as “excuses.” He continues, “I promise you that as long as you’re not publicly racist or hateful or dishonest or a poster child for the Me Too Movement, as long as you’re not actively toxic or unprofessional regardless of your political affiliation—in other words, as long as you act like a normal human being—your personal life and how you conduct it rarely, if ever, has any bearing on your hireability.” 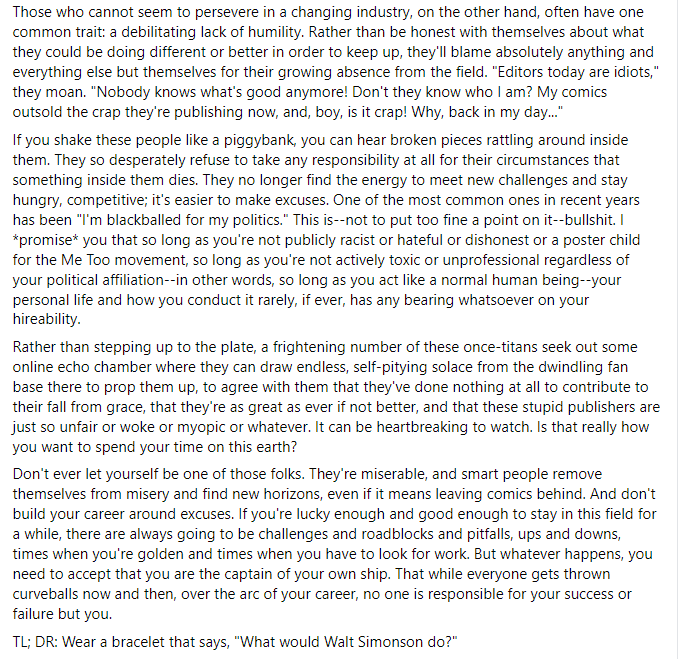 Based on countless stories from people like Chuck Dixon, Ethan Van Sciver, Mike S. Miller, Aaron Lopresti, Graham Nolan, Shane Davis, Jon Malin, Mike Baron, and others, the evidence appears to contradict Waid’s claim. On the flip side, people like Waid have made rants calling critical YouTubers like Richard C. Meyer “white supremacist,” yet he still gets regular work from the industry.

Many of these artists have bypassed the gatekeeping of the industry by making their own comics and producing them to fan acclaim on crowdfunding sites like IndieGoGo. Books like Mike S. Miller’s Shadow of the Conquerora team-up with YouTuber, Shadiversity, have made nearly $200,000 for a single book, numbers the mainstream industry can’t compete with. 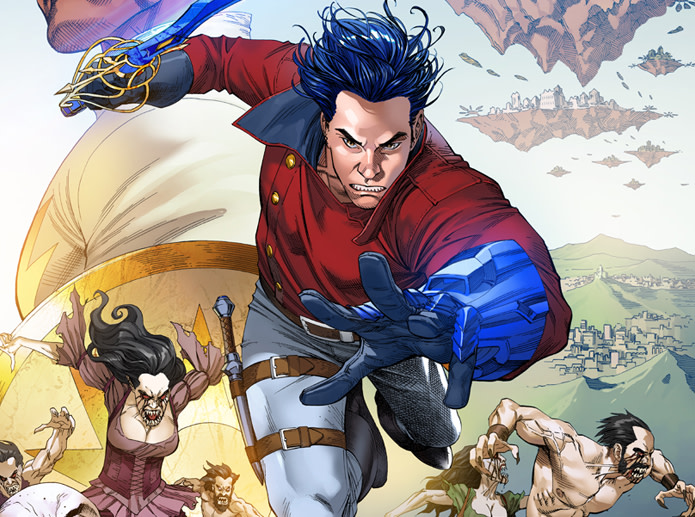 Shadow of the Conqueror via Shad M. Brooks Kickstarter

There are very real problems in the comic book industry regarding ageism, political discrimination, and a lack of care for producing good stories by the current crop of writers and artists hired by Marvel and DC, and Waid’s dismissiveness of these real concerns as “excuses” comes across as extremely offensive both to the best of professionals like Rob Liefeld and to fans who want to see fun comics again.

It seems like industry insiders like Waid didn’t get the message from Eric July’s Isom #1 making more than $3.5 million from fans starved for quality work like the industry used to have.

What do you make of Mark Waid’s ramblings and Rob Liefeld’s response? Leave a comment and let us know.