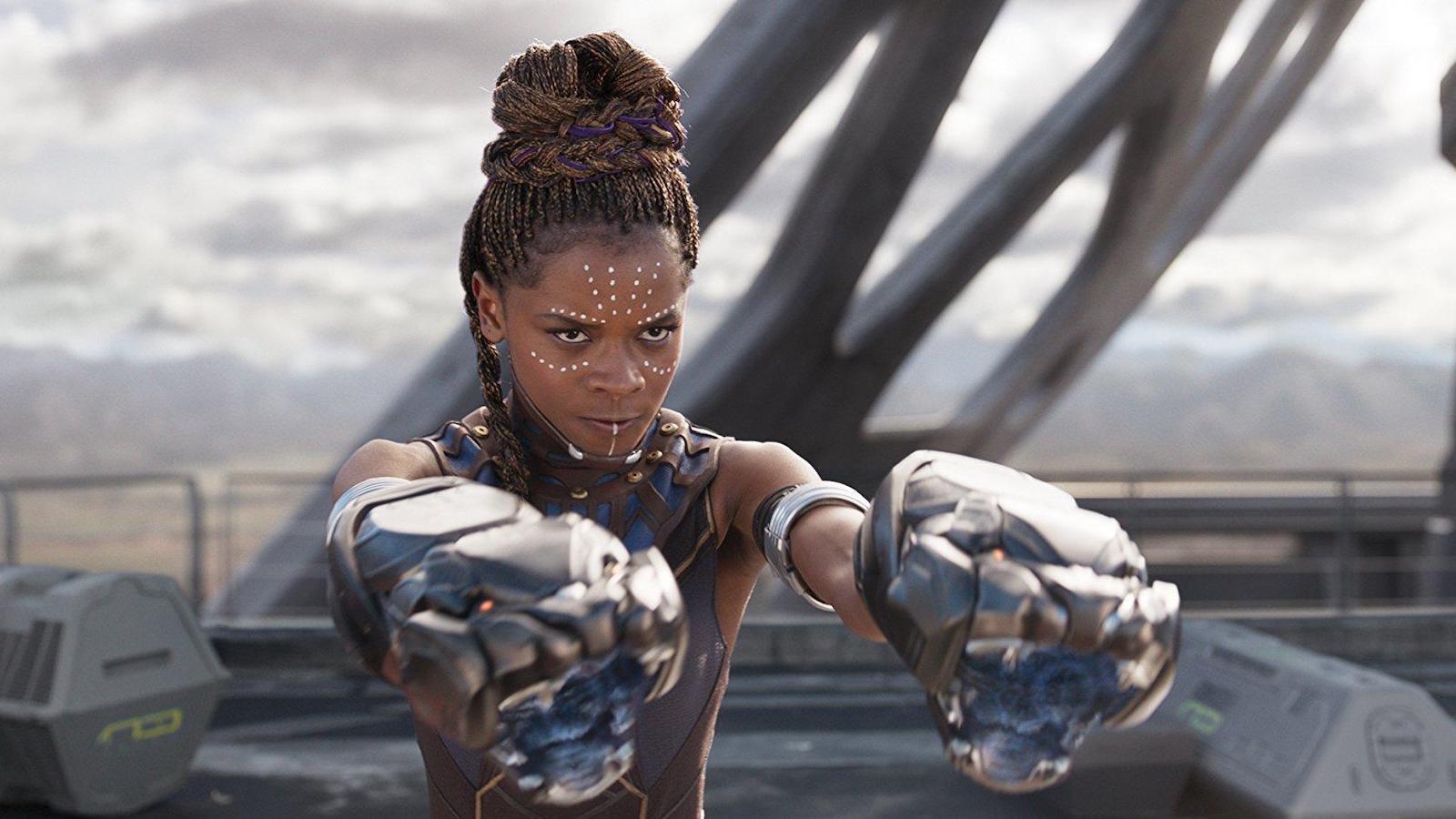 The second trailer for Marvel’s Wakanda Forever left audiences in no doubt that the new Black Panther is a woman. So, why do we feel there’s more to that reveal than meets the eye?

The second Black Panther movie will pay tribute to the late Chadwick Boseman, and the passing of his character’s mantle is a crucial part of that. Events have left one of the most delicate and challenging moments in the Marvel Cinematic Universe (MCU) in the hands of director Ryan Coogler, his co-writer Joe Robert Cole, and Marvel Studios supremo Ken Fiege.

The first trailer for the second Black Panther movie was an emotionally charged hint of a world, and an MCU, without T’Challa. The second trailer bridges its emotional start with action and a revealing conclusion. It gives a significant indication of the consequences and set pieces to come. We had a chance to meet up with characters we hadn’t seen for a blip alongside new warriors of Wakanda.

One of the characters we see must be wearing that famous suit in the final epic shot of the second trailer.

Who could take over the iconic role that Boseman turned into a much-loved movie character in a few short years?

Pretty much the only woman in the trailer we can guarantee not to be the new Black Panther is Dominique Thorne’s RiRi Williams. We see the student in a familiar HUD bag, wrapped in technologically advanced armor that she’s presumably built herself as IronHeart.

Here are the characters who could be lined up to take on the Panther’s mantle, given the trailer has confirmed it won’t be other citizens of Wakanda like M’Baku, or even, as some far-fetched fan theories have it, a returning Killmonger.

All these characters have the chance to reshape and redefine the MCU. We’ll start with the obvious contender.

Shuri has history as a Panther, having undertaken the trials and the mantle in the comics when her brother was incapacitated. Yes, Shuri is T’Challa’s sister. She’s a princess and used to action. The trailers feel like they’re leading us to think that it’s Shuri, and the line of succession suggests this would be the handover of least resistance… If only we could shake the idea that Letitia Wright isn’t going to take up the mantle full -hour.

Intriguingly, considering IronHeart’s presence, Shuri is the Tony Stark option — well, almost. More fond of a one-liner than her brother, she’s a well-versed fighter and can improvise when suited up. Wakanda wouldn’t look or run quite the same without her, so despite some good reasons why she wouldn’t, there’s some sense in Shuri taking her status in Wakanda to the ultimate level.

Another front runner is Okoye, the ferocious head of the Wakandan armed forces. Okoye would bring unbelievable loyalty and dedication to the cause, but that’s also a good reason she wouldn’t take up the mantle. While we’re picking through hints about the next Black Panther, we’re not looking at who’s the king or queen of Wakanda. True, that’s usually the same role, but the comics have seen a precedent that the Panther doesn’t have to be rules. The trailer has made clear the position of leading the country has fallen fully on the shoulders of Wakanda’s Queen Regnant, Ramonda.

Danai Gurira’s Okoye is the leader of the Dora Milaje, the all-female team that protects Wakanda’s ruler at all costs. Just see how she kept her role when Kilmonger defeated T’Challa in the first movie. It makes more sense that, unless the need was great, Okaye would be better off fighting alongside the Panther.

Perhaps no other character was as attuned to T’Challa as Lupita Nyong’o’s Nakia. A lifelong friend, there is a good chance that the effect of their relationship will extend into Wakanda Forever, but how exactly? As someone who shared T’Challa’s belief about Wakanda’s future and its potential to benefit and support the whole world, she would be a fantastic ambassador in the suit.

Combine that with her skills in espionage and mandatory fighting abilities, and you have some epic qualities that would be incredibly useful considering the threats circling Wakanda after T’Challa’s death, including Namor and the Talokan.

Angela Basset’s Ramonda took center stage in the movie’s emotional trailers. We know she’ll be heading out into the world as a great ambassador for the kingdom, but could the wife and mother who’s lost two Black Panthers make the ultimate decision for her country? It sounds a bit far-fetched. Not least because few others understand the responsibility and risk of the role like Ramonda. She’s already had to watch both her children die in Thanos’ blip, only to become Queen Regnant and then lose her son again.

If the Queen were to take up the mantle, we know she’d be a mean fighter and brilliant strategist with incredible grit and resolve.

Michaela Coel’s Aneka is a new addition, but as the combat instructor of the Okoye, she clearly has a significant role to play in defending the kingdom against foreign invasion. Could she lead her country’s defense as Black Panther?

In the comics, Aneka has had a visibly more protracted and involved role in Wakandan history since her debut in 2009. On the page, she’s had moments of fierce loyalty and rebellion against Wakanda’s royal house. We suspect that alongside being an incredible fighter, Aneka would be the most rebellious option to take on the claws.

Undoubtedly, the most game-changing result would be not one but multiple panthers.

Yes, a claw of panthers.

Not just one woman, but all five taking on the role and forming the MCU’s latest superteam. Add in the Dora Milaje, and you have a phenomenal, progressive stamp on a multiverse that’s struggled to win around a vocal minority of fans with its female superheroes.

It will be an incredible tribute to Chadwick Boseman if this and other sequels lead to an ensemble epic, Black Panthers.