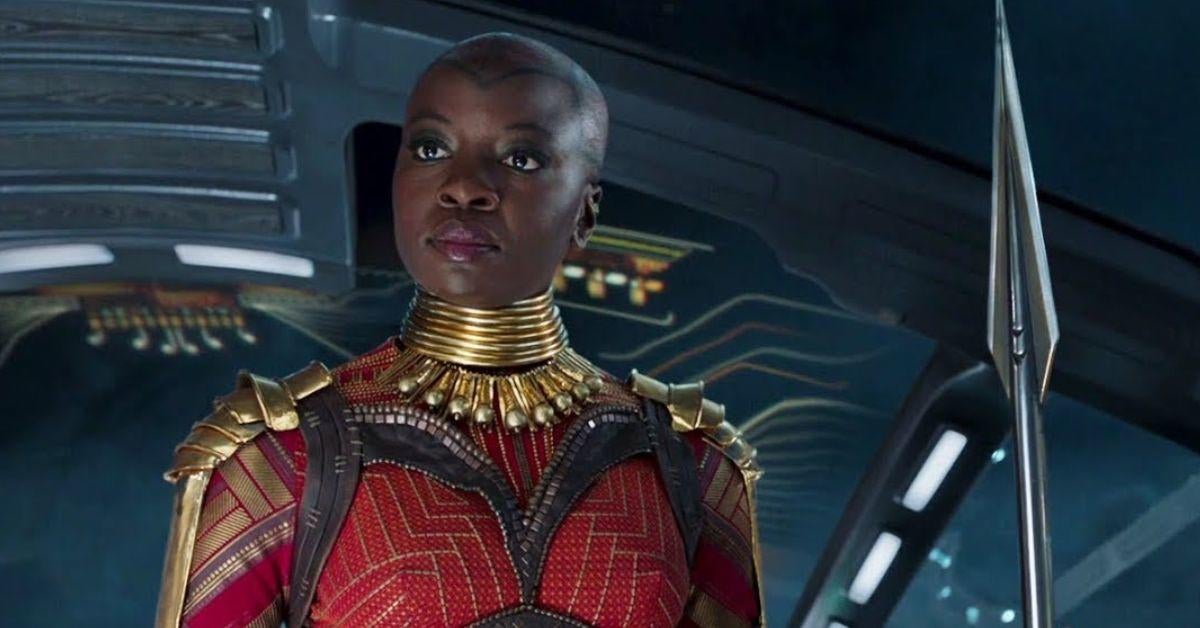 Black Panther: Wakanda Forever is the next film due out from Marvel Studios, shaping up to be one of the Marvel Cinematic Universe’s longest films yet. Clocking in with a 161-minute runtime, the Ryan Coogler follow-up will likely explore a handful of storylines as it sets up the future of the franchise. As it turns out, one of those storylines may have been spoiled by the release of Wakanda Foreverr marketing collateral earlier in the week.

When announcing that tickets for the flick have finally gone on sale, Marvel Studios released a handful of posters through the studio’s various vendors. As the eagle-eyed crew at The Direct has pointed out, the poster for ScreenX shows Okoye (Danai Gurira) donning a blue Midnight Angels suit.

Given that the leader of the Dora Milaje wasn’t a member of the rogue Midnight Angels squadron in the Marvel source material, the change is a peculiar one to make in live-action. As seen in the first Black PantherOkoye has always been fiercely loyal to T’Challa (Chadwick Boseman), so the character’s defection from the Dora Milaje to the Midnight Angels could mean some sort of radicalization has taken place after the late king’s death.

To date, fans have only seen the Midnight Angels armor on the floor at D23 Expo in addition to a glimpse of Aneka (Michaela Coel) wearing the blue and gold suit in the film’s initial teaser. Either way, it looks like Okoye and Aneka will be on the same side in the movie, as compared to Ayo and Aneka as seen in the Marvel comics lore.