A new era for Marvel’s First Family is upon us, and this November, writer Ryan North and artist Iban Coello launch an all-new run of Fantastic Four. In that, they’ll take this beloved team of superhero icons to exciting new places throughout the Marvel Universe and beyond.

Packed with the grand, high-concept sci-fi storytelling that only the Fantastic Four can deliver, this new era kicks off with the team spread across the country after a devastating event takes place in New York. North and Coello will craft separate adventures spotlighting each member of the team before bringing the band back together at the end of the book’s first arc.

The debut issue will star Ben Grimm and Alicia Masters as they embark on a road trip that takes a very weird turn.

Something terrible has happened to the Fantastic Four and the Thing and Alicia are traveling across America to leave it behind! However, when they stop in a small town for the night and wake up the morning before they arrived, they find themselves caught in a time loop that’s been going on since before they were born.

“I want to do these smaller, self-contained stories in the vein of ’60s Star Trek where they go down to a planet, find a weird thing, fix the weird thing, and move on,” North tells Entertainment Weekly.

“Having these four weirdos roll into town where there’s a mystery or a problem or some sci-fi thing, solve the problem, and then move on struck me as a very interesting way to position the Fantastic Four and tell stories that would feel fresh and not like a retread of what we’ve seen before.”

Whatever happened to the Fantastic Four? Marvel Comics has revealed the first hints in all-new interior artwork by Coello that you can check out below along with Alex Ross’ covers.

Fantastic Four #1 is set to be released in comic book stores on November 9. 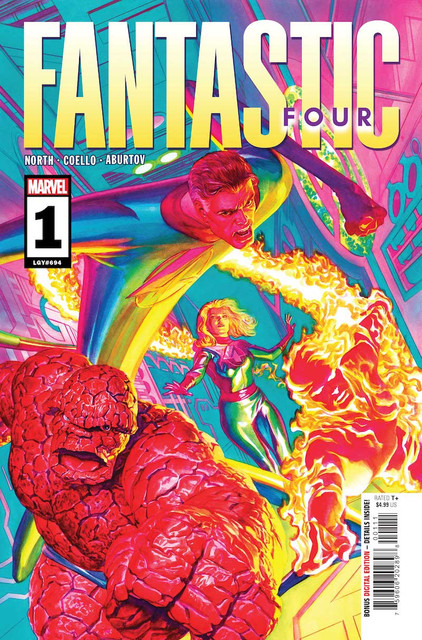 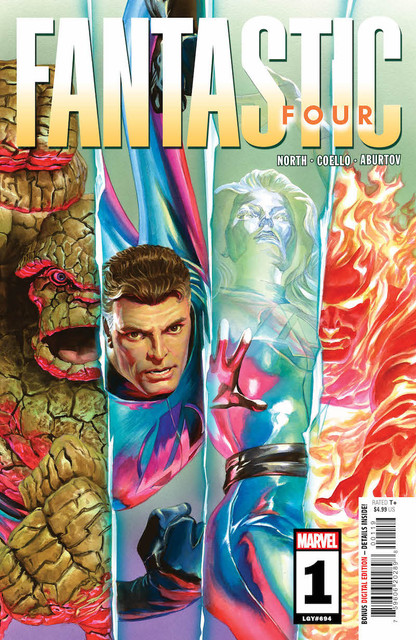 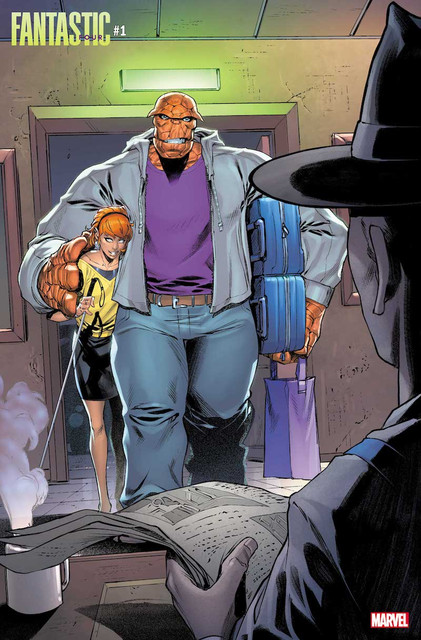 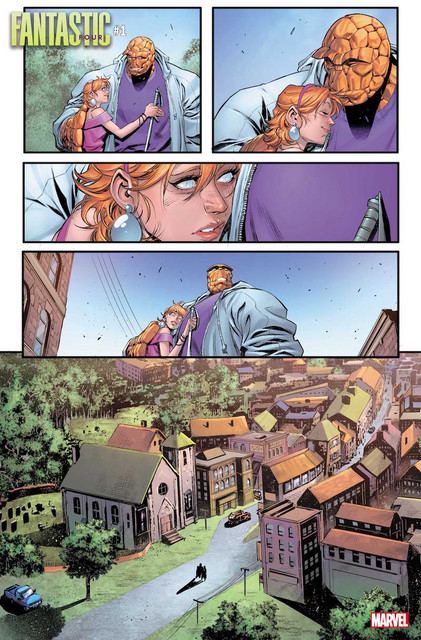 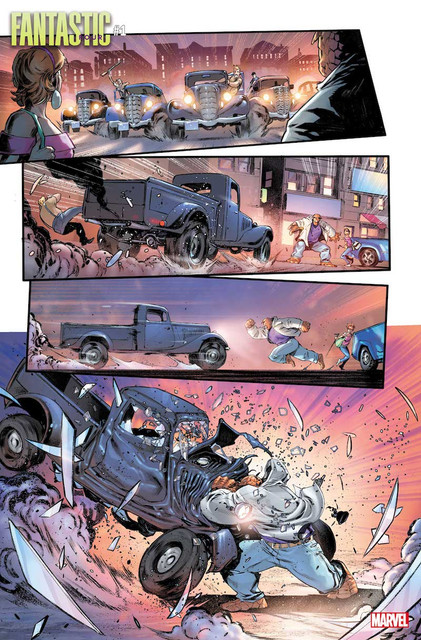 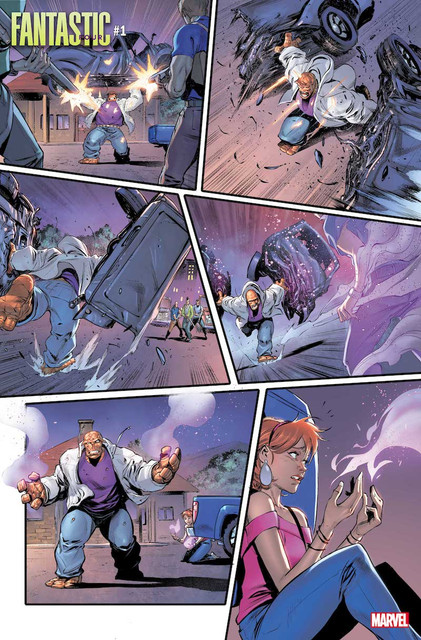