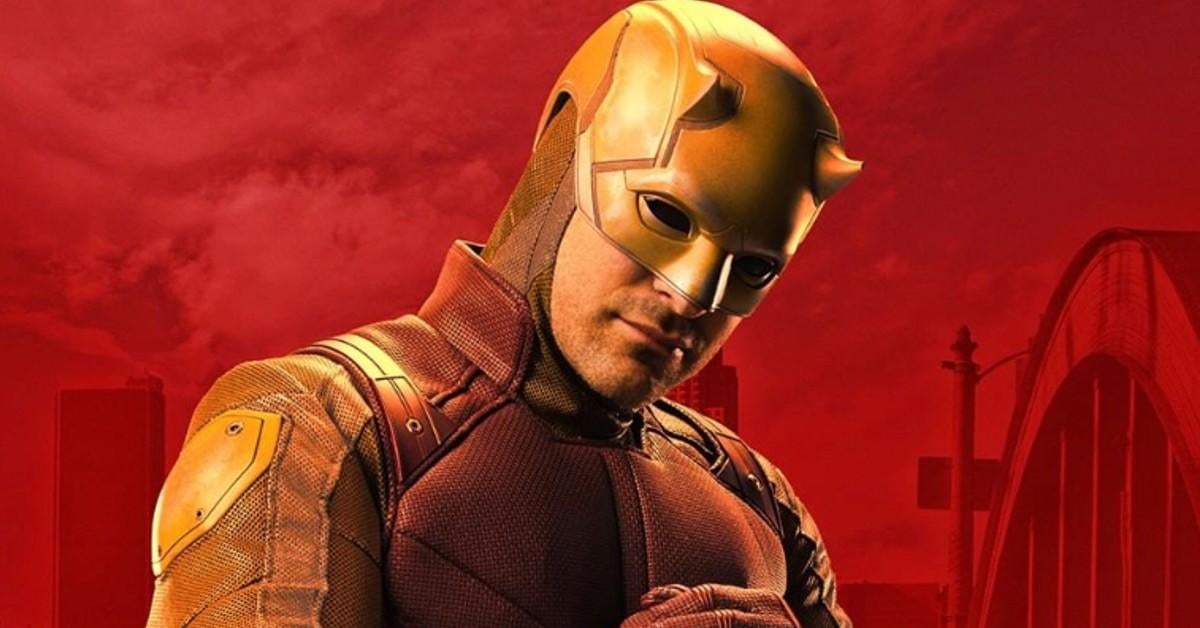 The penultimate episode of She-Hulk: Attorney At Law‘s first season, “Ribbit and Rip It,” is now streaming on Disney+ and it was a fan-favorite of the series. The episode features the long-awaited return of Charlie Cox as Matt Murdock/Daredevil, and fans are already shipping him with Tatiana Maslany’s Jennifer Walters/She-Hulk. After each episode, Marvel typically drops new character posters, and today’s includes one of Daredevil in his new costume as well as one of Matt in his lawyer suit.

“*heartbeat intensifies* #Daredevil Episode Eight of Marvel Studios’ #SheHulk: Attorney at Law is now streaming on @DisneyPlus,” Marvel captioned the Daredevil photo. “*another Attorney at Law has entered the chat* #MattMurdock,” they added in the second post. You can check out the posters below:

Ice She-Hulk‘s Daredevil the Same Version From the Netflix Series?

Currently, it’s unclear if this version of Daredevil is the same from the Netflix series or another from the multiverse, but this episode of She-Hulk hints that it’s the former. During the episode, Daredevil jokes about his powers not working the same, which could be due to what happened to him at the end of The Defenders series and the third season of Daredevil. Yesterday, the official Marvel website pretty much confirmed that he’s the same Matt we all know and love.

“While the character was teased earlier in the season, he’s finally reintroduced to audiences in Episode 8 of Marvel Studios’ She-Hulk,” the official website wrote. “And he’s very much the same Matt Murdock audiences have come to know and love over the years, once again played by Charlie Cox returning to the role.”

Did Daredevil Get Another Iconic Hallway Fight in She-Hulk?

During She-Hulk, there’s a hilarious moment when Daredevil is about to take down some goons in a hallway, which has become a signature move for the character. However, She-Hulk comes crashing in and stops them all before Matt gets his chance. In a recent interview with Marvel.comhead writer Jessica Gao broke down the moment,

“We have to keep reminding people that this is Jen’s show, this is She-Hulk’s show,” Gao explained. “Everything in the show is like, how can we either subvert a trope or defy expectations or ground something in funny reality. That’s kind of the ethos of the show. So of course, it was just natural for this show, being so meta, that we would acknowledge and tease the classic Daredevil hallway fight. But then, of course, we would have to undercut it with our girl, She-Hulk.”

The season finale of She-Hulk drops on Disney+ on October 13th.