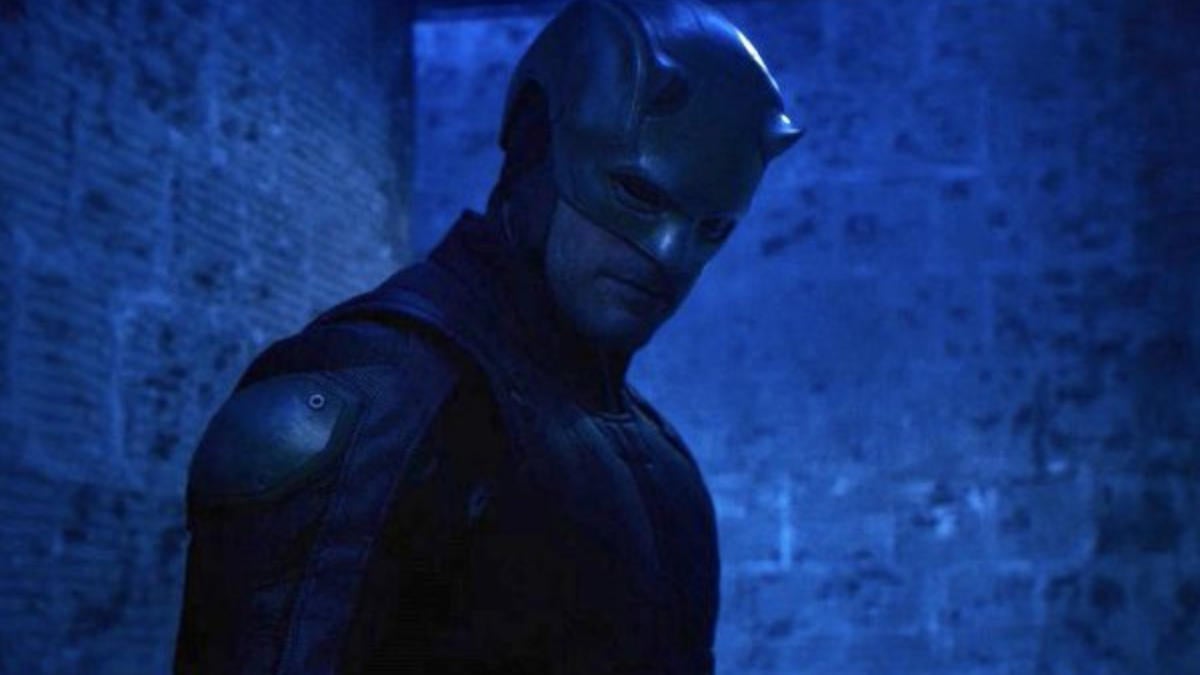 She-Hulk: Attorney at Law finally delivered on one of its most-anticipated elements in this week’s penultimate episode, with Matt Murdock / Daredevil (Charlie Cox) making a cameo appearance. In addition to playing off of the newfound dynamic between Matt and Jennifer Walters / She-Hulk (Tatiana Maslany), the series found ways to be a trip down memory lane for fans of the formerly-Netflix-exclusive Daredevil series. Spoilers for Episode 8 of She-Hulk: Attorney at Law, “Ribbit and Rip it”, below! Only look if you want to know! Those nods two Daredevil included She-Hulk‘s own take on the show’s hallway fight scenes something that became an iconic staple of the Netflix series’ run. As Jen and Matt worked to free Luke Jacobson (Griffin Matthews) from being kidnapped by Eugene Patillio / Leap-Frog (Brandon Stanley), Matt ends up fighting some of Eugene’s goons in a dimly lit hallway. Of course, Jen ultimately intervenes by smashing through the roof of the hallway, taking out some of the guards in the process.

“We have to keep reminding people that this is Jen’s show, this is She-Hulk’s show,” She-Hulk head writer Jessica Gao explained in a recent interview with Marvel.com. “Everything in the show is like, how can we either subvert a trope or defy expectations or ground something in funny reality. That’s kind of the ethos of the show. So of course, it was just natural for this show, being so meta, that we would acknowledge and tease the classic Daredevil hallway fight. But then, of course, we would have to undercut it with our girl, She-Hulk.”

“It just made so much sense that he would be on this show because both he and Jen are lawyers by day, Super Heroes outside of the office, even though Jen is doing it reluctantly,” Gao said elsewhere in the interview. “What better character to kind of show how this struggle she’s having is possible?”

What did you think of the Daredevil references in She-Hulk: Attorney at Law? Share your thoughts with us in the comments below!