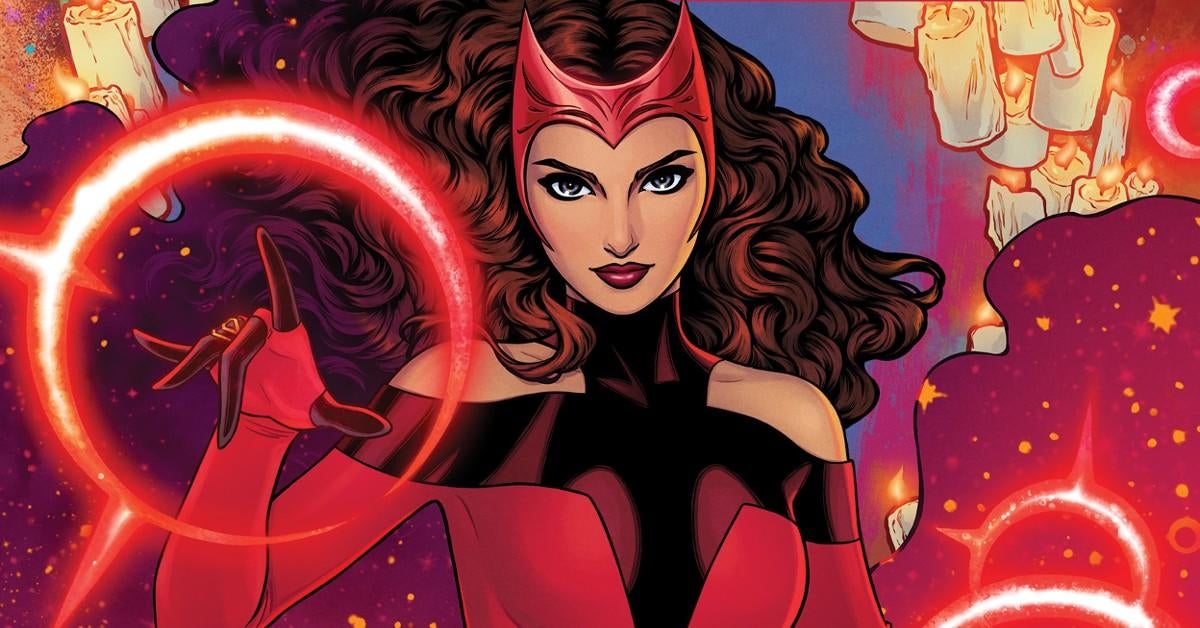 While Marvel Cinematic Universe fans have been clamoring for a Scarlet Witch solo project, Marvel Comics is preparing for the launch of the hero’s upcoming solo series with the release of a new trailer. Wanda Maximoff has had to deal with a lot of baggage in the comics, but some of that has thankfully been resolved in the pages of Darkhold spirit X-Men: Trial of Magneto. This leaves writer Steve Orlando (Marauders, Darkhold) and artist Sara Pichelli (Ultimate Spider-Man, Fantastic Four) free to tell Scarlet Witch stories filled with mystery, adventure, and magic.

Marvel’s new Scarlet Witch series sets up a new status quo for Wanda Maximoff, as she uses her magical abilities to conjure up an enchanted door that only appears to those who need her help the most. “If your need is great and your hope is gone, there you will meet the SCARLET WITCH!” Marvel states. Of course, this wouldn’t be a Marvel comics without guest appearances, so fans can look forward to Scarlet Witch’s extended family showing up, including her twin brother Quicksilver, Polaris, and Viv Vision.

Another surprise supporting character in Scarlet Witch is the MCU character Darcy Lewis, making her comic book debut. Kat Dennings plays Darcy Lewis in the MCU, and will find herself falling through Wanda’s enchanted door to become Scarlet Witch’s trusted right hand. Details on Darcy’s mysterious past and the effect it has on Wanda’s new calling will be revealed at a later date.

“Two of the major crosses that she’d been bearing for a long time had finally been lifted, so it really felt like a new moment,” Orlando told Polygon in a recent interview. “We talked about setting her up in a new place where she could put her power to service for all the people that she’s realized she could have helped if she had actually taken the time and done the work to reckon with herself sooner.”

Scarlet Witch Gets a New Costume for the Marvel Series

Along with setting up Scarlet Witch’s new status quo following X-Men: The Trial of Magneto, the new series will also see Russell Dauterman create a new costume for Wanda Maximoff. Russell Dauterman has been doing cover work for plenty of Marvel titles, most recently the X-Men franchise, and even did a variant cover featuring many of Scarlet Witch’s costumes for Avengers Forever #1.

Interestingly, the announcement of the new Scarlet Witch series isn’t the first time fans have gotten a look at the hero’s new costume. When Russell Dauterman was producing 10 variant covers for this year’s X-Men Hellfire Gala, one of the covers revealed Scarlet Witch’s updated look. “X-MEN HELLFIRE GALA 2022 ❌✨ MOON KNIGHT issue 12 variant cover, drawn and colored by me — ft. my new design for the Scarlet Witch!” Dauterman wrote on Instagram in March. The costume is exactly the same as the one on the Scarlet Witch #1 cover, except for Wanda wearing a different headpiece.

Let us know your thoughts on the Scarlet Witch trailer in the comments. The first issue goes on sale January 4, 2023.