In a recent interview with ComicBook.com, WWE’s EST Bianca Belair expressed that she is just waiting on a phone call to bring some magic to the MCU. Here’s how eagerly the RAW Women’s Champion is looking forward to playing X-Men’s Storm:

“Oh, 100%. I would love to cross over onto the movie scene and play Storm and just play such a strong, amazing character. I think that, hopefully, Hollywood is ready for a strong, powerful, muscular woman to come on the scene, and if they are, then that’s me, and I’m ready. I’m just waiting on the phone call,” Belair said. [H/T – ComicBook.com] 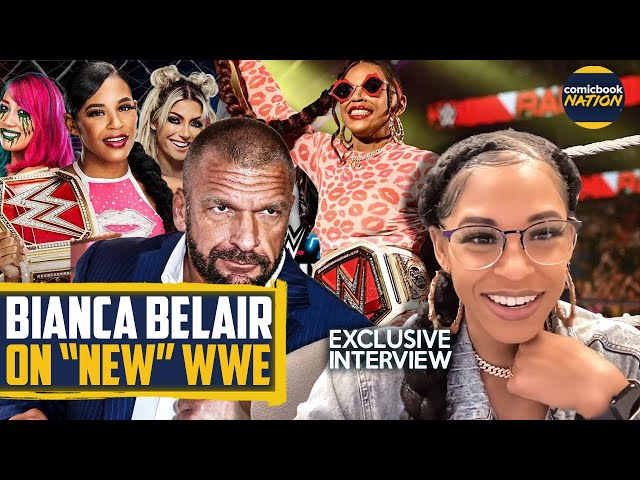 In 2020, the EST of WWE also teased that she would like to make a Storm-inspired in-ring gear.

“I want to play Storm. I love her look. I do want to do a gear, a Storm-inspired gear. My husband, he’s huge into superheroes, he’s into Marvel, and I didn’t get into it as much until I met him. It’s just everything about Storm; I just feel like it appeals to who I am,” Bianca mentioned.

The X-Men franchise is yet to make its way into the MCU. However, in multiple movies, the mutants have been teased in a moving direction.

Bianca Belair looking to elevate opportunities for the women’s division

During the same interview, ComicBook.com asked the RAW Women’s Champion if she would be interested in featuring as the Undisputed Champion.

The EST of WWE has held both the SmackDown and RAW Women’s Championships. However, she would like to focus on her current stint and the opportunities she is bringing to the RAW women’s division.

“With combining both of them, I like focusing on one. You can have more goals, and there are more options on the table, and also, too, it gives multiple women on the roster opportunities, and more women can shine, and there’s more spotlight for everyone,” she added.

What do you think of Bianca Belair as MCU’s Storm? Sound off in the comment section below.

YOU could be the NEXT FACE of Sportskeeda Wrestling. Click here to find out how!