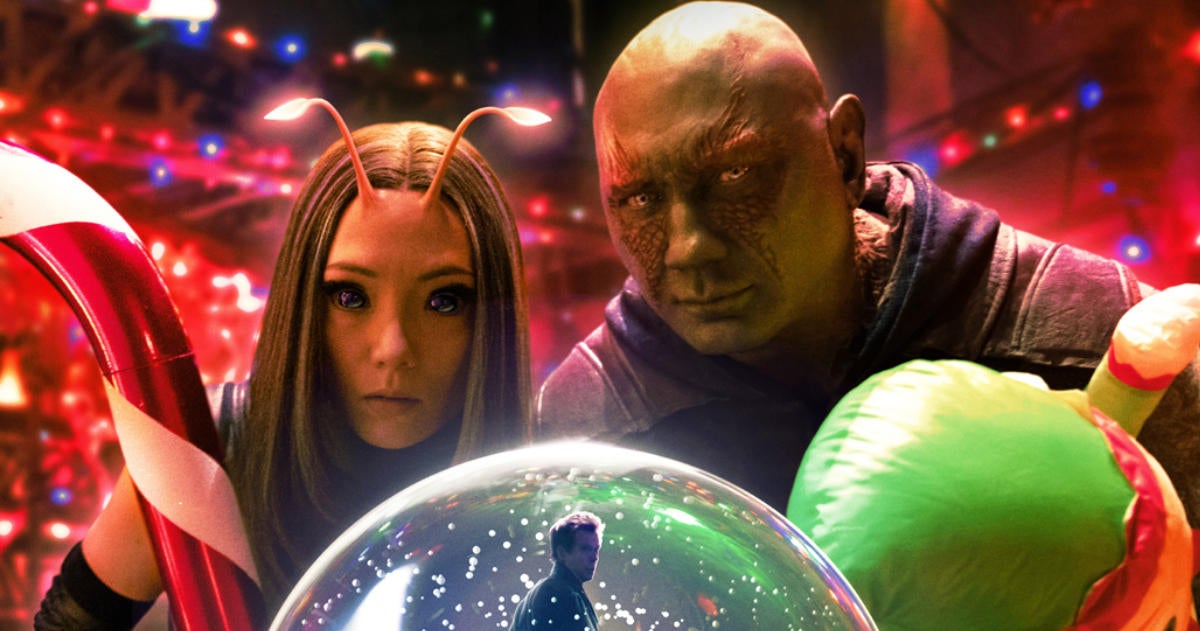 The Guardians of the Galaxy Holiday Special is now streaming on Disney+. Fans from all over are booting up the streaming platform to see some of their favorite MCU characters deal with some holiday shenanigans. Drax and Mantis take center stage, but all of the cast from the movies have a role to play in learning about Christmas with Peter Quill. All of the early reactions to Marvel’s latest Special Presentation have been positive. People just can’t get enough of the Guardians as a dysfunctional family. So, check out the poster that Marvel put out for the occasion right here.

Comicbook.com’s Brandon Davis actually spoke to Gunn ahead of the special’s release. With Guardians of the Galaxy Vol. 3 looming in the background, the director admitted that he had to keep things focused on Drax and Mantis.

Marvel Studios’ Special Presentation: The Guardians of the Galaxy Holiday Special is now streaming only on @DisneyPlus. pic.twitter.com/YSluESO2I4

“It’s the end of the trilogy for all of the Guardians really,” Gunn told Phase Zero. “In the Holiday Special, Gunn’s story focuses on Drax and Mantis more than most of the other Guardians characters. Dave Bautista and Pom Klementieff’s Marvel characters make a journey to Earth in an effort to bring Kevin Bacon to their friend Star-Lord as a Christmas present. It’s the first time these two characters have been heavily focused on since Vol. 2.”

“I think it’s such a unique relationship and they really are kind of like Abbot and Costello, but both are Costellos, but Drax is such an enormous Costello that he outweighs her Costello-ness,” Gunn mused. “I love the two of them. I love the two of them. I wanted to be able to put them at the center of the story as opposed to on the sidelines. I think both of them have, in the past few movies that weren ‘t Guardians movies have been incredibly sidelined, haven’t been utilized so much, and so being able to really tell their story and put their journey at the middle of this was important to me. And to be able to see how, just how talented those two actors are as comedians and dramatically especially, you see how good Pom is in this show.”

Here’s the description for Marvel’s winter romp: “In the The Guardians of the Galaxy Holiday Special, the Guardians, who are on a mission to make Christmas unforgettable for Quill, head to Earth in search of the perfect present. The Marvel Studios’ Special Presentation stars Chris Pratt, Dave Bautista, Karen Gillan, and Pom Klementieff, featuring Vin Diesel as Groot and Bradley Cooper as Rocket, Sean Gunn and The Old 97’s with Michael Rooker and Kevin Bacon.”

Will you be watching this weekend? Let us know down in the comments!