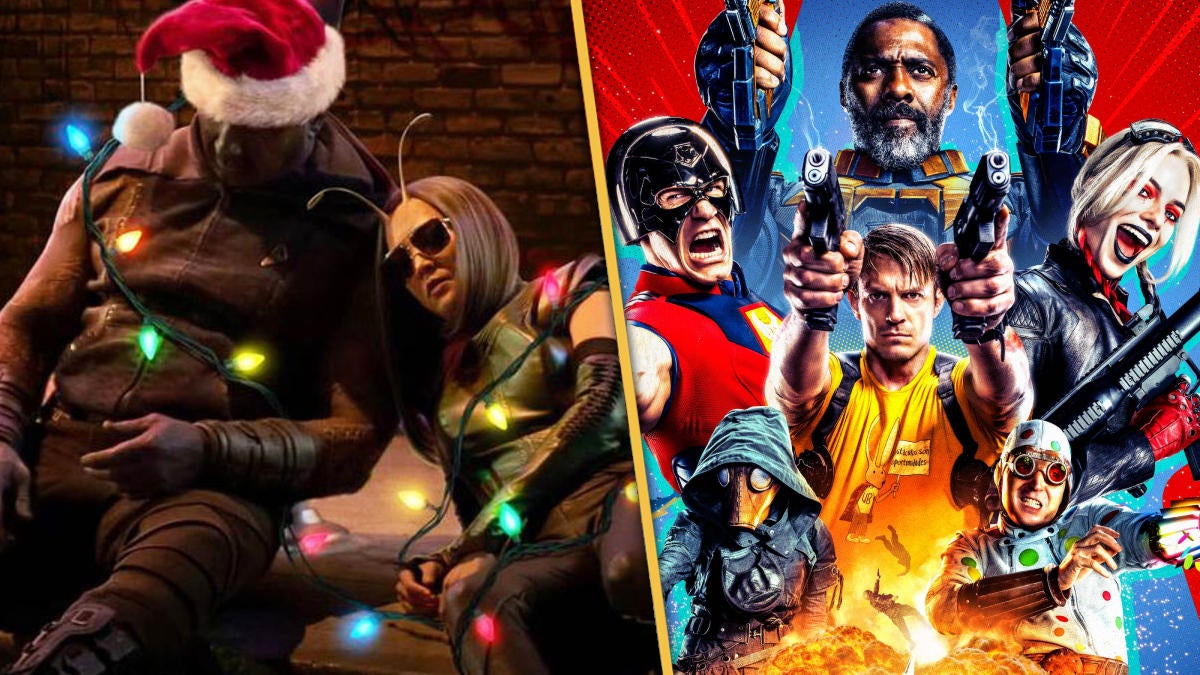 James Gunn’s footprint on the superhero universe is continuing to ebb and flow in some fun ways, with the director and writer contributing significantly to both the Marvel and DC franchises. Two of Gunn’s most recently released projects in that space are DC’s The Suicide Squad and Marvel’s The Guardians of the Galaxy Holiday Special, the latter of which arrived on Disney+ on Friday. The Marvel Cinematic Universe Special Presentation was chock full of festive cheer — as well as some surprising ties to The Suicide Squad. Obviously, major spoilers for The Guardians of the Galaxy Holiday Special lurk below! Only look if you want to know!

The Holiday Special follows the madcap adventures of Mantis (Pom Klementieff) and Drax (Dave Bautista), who kidnap Kevin Bacon and bring him to space as the perfect Christmas present to Peter Quill / Star-Lord (Chris Pratt). When Mantis and Drax arrive on Earth, they cross paths with various people in Los Angeles — including a club owner (played by Flula Borg) who they pay for drinks. When Mantis and Drax then try to get to Kevin Bacon, they draw the attention of the police, including an officer (portrayed by Tinashe Kajese).

These side characters are both portrayed by The Suicide Squad alums, with Borg portraying the short-lived superhero Javelin, and Kajese portraying ARGUS employee Flo Crawley. If that wasn’t enough, two of The Suicide Squad‘s other stars — Harley Quinn actress Margot Robbie and Peacemaker actor John Cena — also appear in the celebrity house tour map that Mantis and Drax get in Los Angeles.

In a weird way, that brings things slightly full-circle between the two franchises, after Klementieff portrayed a club dancer in The Suicide Squad.

“Well, I mean people know I almost cast Dave [Bautista] in a role and he couldn’t do it, so he didn’t,” Gunn had previously teased of that cameo. “Other than that, well, there might be a Guardian somewhere in the film that no one has seen yet and I ‘m so surprised by… I’ve gotten a hundred reviews from this movie and I’m just astounded.”

What do you think of The Guardians of the Galaxy Holiday SpecialIt’s two o’clock The Suicide Squad? Share your thoughts with us in the comments below!

The Guardians of the Galaxy Holiday Special is now available exclusively on Disney+.