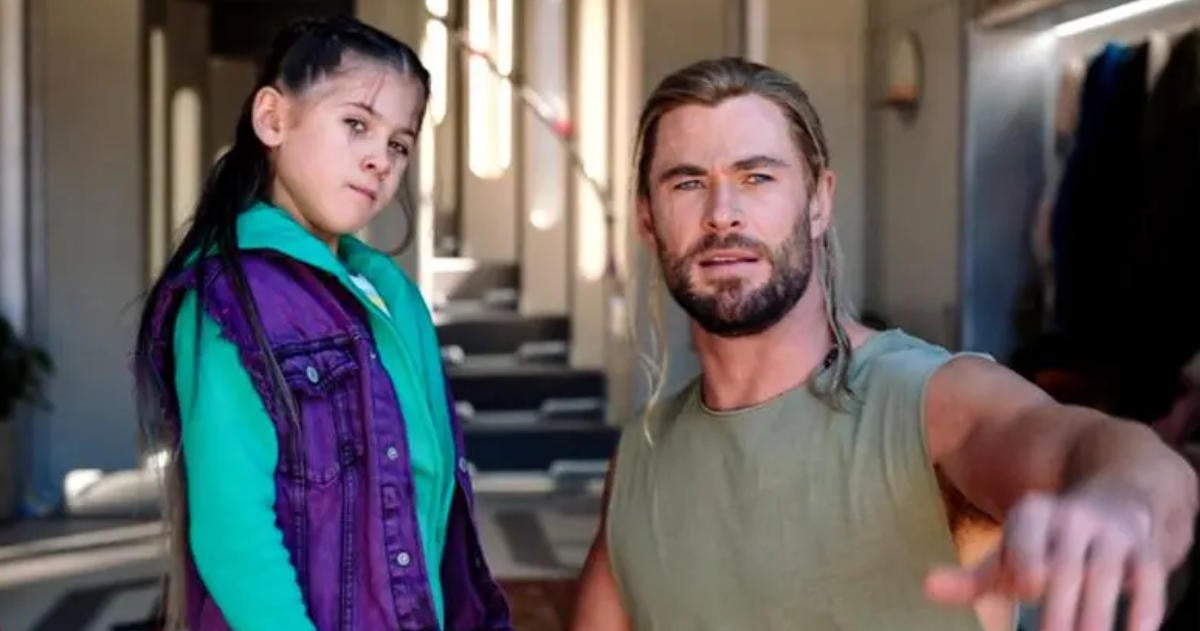 Marvel Studios’ design department just gave fans a new look at Thor: Love and Thunder‘s new character for the MCU. Chris Hemsworth’s hero has an adopted daughter by the end of the movie, and it seems like she’ll be around for the future. Love is played by India Hemsworth. Wielding the power of Eternity and Stormbreaker, the small child was a literal force of nature by the end of the movie. John Staub from Marvel delivered a slightly older take on the heroine in some concept art shared to Instagram by Director of Visual Development Andy Park. He explained how the team felt like this version was a lot of fun, but there were some tweaks for the final movie.

Park wrote, “Spreading lots of LOVE on this day! I loved coming up with the concept design of Love for Thor: Love And Thunder Taking nods from the design of Gorr by fellow Vis Dev artist @johnstaubart I explored coming up with a look that spoke to her spunky personality. This design I did was before I was told that she would be cast by Chris Hemsworth’s actual daughter, which I thought would be perfect.”

EW grabbed Gorr the God Butcher himself earlier this year to discuss the tiny Hemsworth’s take on Love. As creepy as the villain could be, it feels like the kids were trying their best to adjust.

“One of the memorable bits for me was working with India, with Chris’s little girl,” Bale said. “She was so magnificent in it. But it was also so cute seeing your relationship, and her having to be like, ‘Who’s this weird bald bloke who’s all covered in scars and crying over [me]?’ [I saw] what a good dad you are, gently coaxing her through it, like, ‘No, just stay there. I know he’s a bit disgusting, but just stay there.'”

Tessa Thompson also told Marvel.com that there was something wonderful about having that army of tiny Asgardians on-set for the final battle scene. CGI itself can lend itself to the surreal, so it wasn’t that out of the ordinary for things to get a bit wacky filming.

“Most of the time, when you’re doing the fight scenes, you’re fighting nobody, [because of the CGI],” she told the site. “You’re just walking around, just fighting the air, which it just feels like you’re a kid, essentially. To invite kids into this experience really reminds you of not just who these movies are made for, in some ways, but also how to make these movies, because kids naturally know how to play…These movies require a childlike nature in terms of performance. There’s so much of the imagination. It’s basically like playing as a kid. You’re running around.”

When do you think we’ll see Love again? Let us know down in the comments!