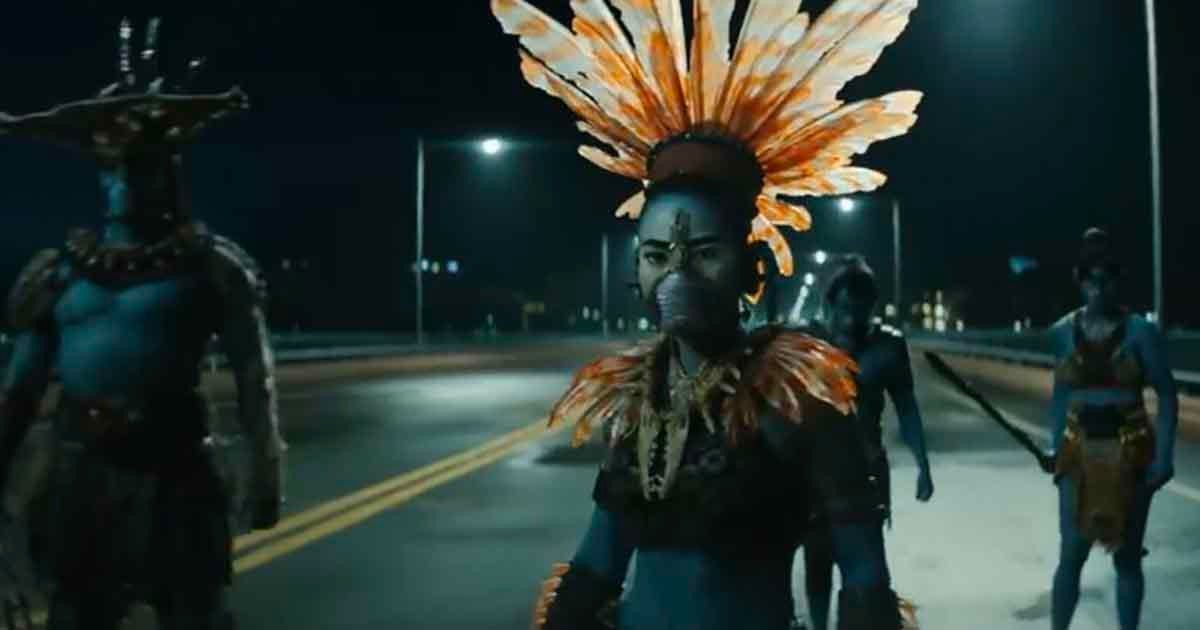 Black Panther: Wakanda Forever had a bespoke look for all of Talokan’s inhabitants. But, luxury brand Iris Van Herpen chipped in for Namora’s design. The company posted about it on Instagram, and @ororoswind captured the post on Twitter. In their description, fans get a feel for the intricate bead work and layering present on this impressive garment. Add to the fact that these designs would probably come into contact with water at some point and it just takes your breath away. You can check out the post for yourself down below!

Here’s what their post says, “Black Panther: Wakanda Forever ~ a view inside the atelier. We created this ceremonial cape dress for Namor, played strikingly by @Mabel_Cadena, to be worn underwater in the newly released Marvel movie. Traditional Talokanil and handmade Mayan mosaic details are combined with silver-lined silk organza leaves. Each bead is hand-molded and baked for Namora’s authentic presence.”

Costuming Was On Another Level In Wakanda Forever

Actually, Riri Williams’ Mark I suit was another costume piece that proved impressive. Most people don’t realize that whole thing was a practical effect. Dominique Thorne sat down with Variety to share her experience under all that armor.

“Unlike some of the other suits that may be added later with visual effects, the Mark I was all practical,” Thorne explained. “To get to feel the weight of that on my body and just understand how it moves — you almost want to say it’s clunky, but when you have it on, you realize, ‘Oh, this is actually such a smart build, like all my joints are free so I have so much movement. But also, this is heavy as hell. And it flies? Whoa!'”

If you’re thinking about checking out Wakanda Forever, here’s a quick synopsis before you hit the theater: “In Marvel Studios’ Black Panther: Wakanda Forever – one of the most highly anticipated film events of the year – Queen Ramonda (Angela Bassett), Shuri (Letitia Wright), M’Baku (Winston Duke), Okoye (Danai Gurira) and the Dora Milaje (including Florence Kasumba) fight to protect their nation from intervening world powers in the wake of King T’Challa’s death. As the Wakandans strive to embrace their next chapter, the heroes must band together with the help of War Dog Nakia (Lupita Nyong’o) and Everett Ross (Martin Freeman) and forge a new path for the kingdom of Wakanda. Introducing Tenoch Huerta Mejía as Namor, king of a hidden undersea nation, the film also stars Dominique Thorne, Michaela Coel, Mabel Cadena and Alex Livinalli.”

Did you love the look of Talokan? Let us know down in the comments!