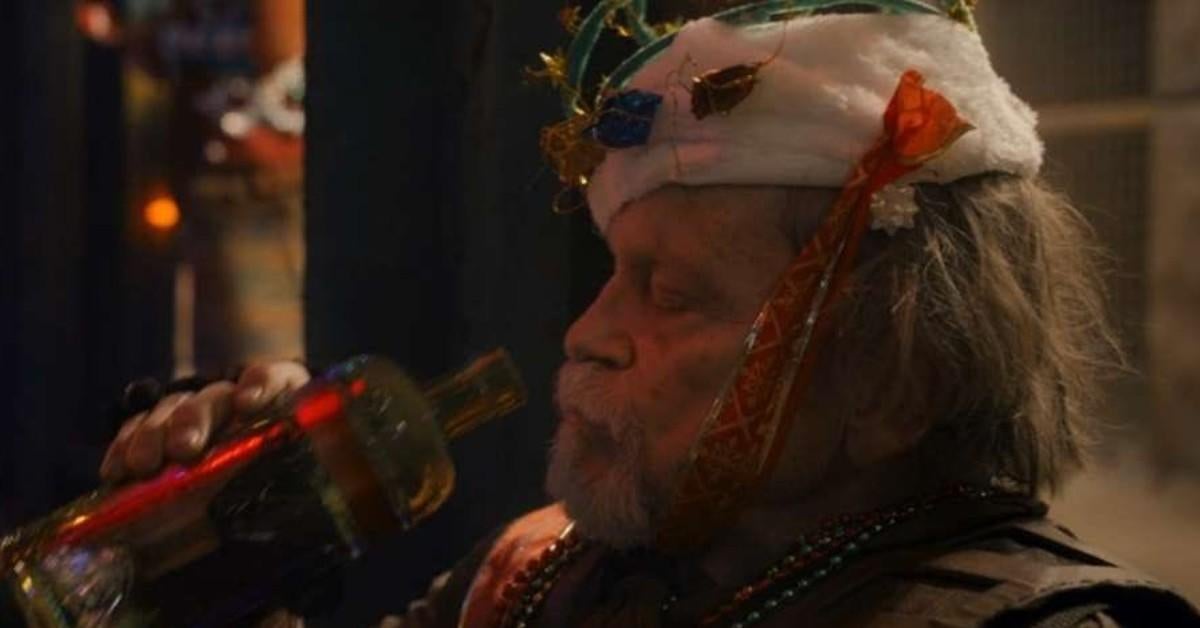 The Guardians of the Galaxy Holiday Special is now streaming on Disney+, and it features some fun cameos in addition to Kevin Bacon starring as himself in the project. Ever since the “Special Presentation” was announced, fans have been speculating that Mark Hamill would make an appearance. Not only did the Star Wars actor star in the most infamous holiday special of all time, The Star Wars Holiday Specialbut he also knows director James Gunn, so many thought his involvement in The Guardians of the Galaxy Holiday Special was inevitable. The rumors started flying this week when a background actor who looks like Hamill was spotted in the special. Yesterday, Hamill’s son took to Twitter to confirm that the actor in question isn’t his dad.

“That’s not @MarkHamill #GuardiansoftheGalaxyHolidaySpecial,” Nathan Hamill wrote on Twitter. According to a background actor in the special named Cynn Smith, the Hamill lookalike is actually an actor named Troy Beecham. You can check out Hamill’s post below:

What Is Mark Hamill Doing Now?

The legendary Star Wars actor might not be in The Guardians of the Galaxy Holiday Special, but Hamill is still thriving in Hollywood. He recently appeared in Netflix’s The Sandman as Merv Pumpkinhead and is expected to reprise his voice acting role of Art Rosenbaum in the upcoming second season of Invincible. This year, he also made a cameo appearance in The Kids in the Hall reboot and played Luke Skywalker once again (with the help of Graham Hamilton and some digital de-aging) in The Book of Boba Fett. He also recently wrapped production on Netflix’s The Fall of the House of Usher which was helmeted by The Haunting of Hill House spirit The Haunting of Bly Manor‘s Mike Flannagan.

As for the Guardians, there are definitely moments in the new special that will come up again in Guardians of the Galaxy Vol. 3. During a recent interview with ComicBook.com‘s Phase Zero host, Brandon Davis, Gunn was asked if the holiday special is required viewing before the movie.

“Well, I’m always trying to be balanced with these things, so I think it’s wonderful,” Gunn explained. “People should see the Holiday Special. You’re obviously gonna learn a lot about where the Guardians have been in the past few years. You know, you’re gonna see how they now inhabit Knowhere. They’ve got a new ship called the Bowie. They’ve got a dog [who] is part of their crew now who has telekinesis named Cosmo. So where you get to learn all that, and then there’s a couple of bigger pieces of spoiler-y lore. You’re gonna learn all of those things. In a way, the Holiday Special was a Trojan Horse for me to sneak in stuff that becomes important in Volume 3so I don’t have to spend a lot of time at the beginning of that movie explaining it.”