Just under two months after losing original helmer Bassam Tariq, Marvel Studios has hired both a new director and a new screenwriter for its upcoming “Blade” reboot with Mahershala Ali.

Yann Demange, a French-Algerian filmmaker whose previous credits include Jack O’Connell’s “71” and Matthew McConaughey’s “White Boy Rick,” has signed on to direct the vampire-killing actioner. Michael Starrbury, who has penned episodes of Netflix and Ava DuVernay’s “When They See Us” and “Colin in Black and White,” will write a new screenplay.

While the film has already been pushed from Nov. 6, 2023 to Sept. 6, 2024, Marvel Studios did not rush to find a replacement filmmaker. Sources confirm that Marvel was taking their time to find the right candidate. Assuming all goes well from here, production will begin in Atlanta in early 2023. While the film will reportedly be darker than a stereotypical Marvel romp, the extent this film will straddle the line between the safely PG-13 MCU entries and New Line Cinema’s original hard-R trilogy with Wesley Snipes remains to be seen.

When Stephen Norrington’s “Blade” debuted in 1998, it was mostly sold and generally embraced (good reviews, solid buzz and $131 million worldwide on a $45 million budget) as an R-rated, martial-arts infused Snipes vehicle that just happened to be based on a Marvel comic book. While the film is credited with being Marvel’s first major theatrical success (following whiffs like “The Punisher” in 1989 and “Howard the Duck” in 1986), it was positioned as a star-driven genre flick first and a comic book adaptation second. 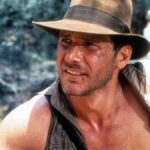 Part of Marvel’s ongoing success has been in crafting specific cinematic incarnations of their marquee characters who have become popular with comic book fans and general moviegoers. Since Feige and friends didn’t have film rights to A-level characters like Spider-Man or Wolverine, they had to do the work in turning B-level characters like Captain America and Ant-Man into A-level movie stars. However, those characters had not been cemented in the eyes of moviegoers in prior films or via prior actors. 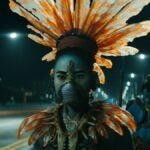 The challenge remains the same, with Marvel Studios having to put their specific stamp on a character who, unlike the vast majority of Marvel superheroes (Iron Man, Thor, Black Panther, etc.), has already been immortalized onscreen in a much-liked prior franchise via a well-liked movie star. That may be trivia in the end, but the prior history with this character means there is extra pressure to “get it right,” since the character and the property have already, in the eyes of many moviegoers, been “done right” before.

Still, if there’s room for half-a-dozen iterations of Batman and a handful of Spider-Mans, the world is surely big enough for both a Blade played by Wesley Snipes and, decades later, one played by two-time Oscar-winner Mahershala Ali. 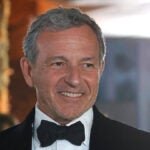