As Marvel Studios ends its Phase 4 slate in the MCU, a unique and historic streak also meets its end this year with regard to veteran actor Clark Gregg.

Almost nobody in the MCU has a history with the franchise like Gregg, who played Marvel Studios’ first-ever original character in Agent Phil Coulson. Having never been seen in the comics before his arrival next to Robert Downey Jr. and crew in 2008’s Iron Man. Gregg made an immediate impact as a supporting character and became something of a fan favorite over the years.

Even after his supposed death in 2012’s The Avengersfans were so passionate about Coulson that a movement called #CoulsonLives shot to prominence, leading to Gregg’s character being brought back for ABC’s Agents of S.H.I.E.L.D in 2013. He would serve as the main character in that series for seven seasons alongside Ming-Na Wen and Chloe Bennet, going through some wild changes before the series met its epic conclusion in 2020.

But now, as the MCU moves forward into its Phase 5 slate, this year marks the end of an impressive streak for Clark Gregg’s time working with Marvel Studios.

With Marvel Studios now having released its final 2022 project, the studio has ultimately failed to include Clark Gregg’s Phil Coulson in any of its titles this year. This marks the first year since 2009 that no MCU projects have featured Gregg’s Coulson, a 12-year consecutive appearance streak that hasn’t been matched by any other Marvel actor.

Check out every movie and season that Gregg has played Agent/Director Coulson in the Marvel Cinematic Universe below:

Clark Gregg made his MCU debut in the franchise’s first movie, Iron Manas Agent Phil Coulson was sent in to investigate Tony Stark’s return before introducing SHIELD into the MCU. 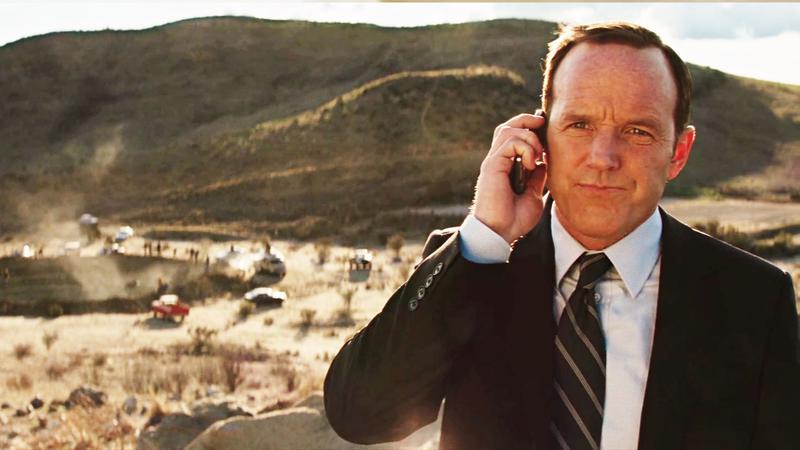 Coulson would return in Iron Man 2 to play babysitter for Stark after the latter wreaked havoc at his birthday party, eventually helping Tony with his science experiment before jetting off to New Mexico to investigate the arrival of Thor’s hammer.

Gregg played his biggest role yet The Avengers, meeting his gruesome end as Loki stabbed him in the chest in front of Thor; however, his loss would not go unnoticed, as the Avengers used his death as inspiration to assemble for the first time to defeat the God of Mischief.

Somehow coming back from the dead, Coulson was put in charge of his own team of agents tasked with finding undiscovered superheroes and artifacts out in the world in Agents of S.H.I.E.L.D.

Season 1 of Agents of S.H.I.E.L.D ended with the Hydra takeover from Captain America: The Winter Soldier before Coulson and SHIELD defeated Centipede, eventually leading to Coulson being named as the Director of the mysterious government body.

In Season 2, he found himself being consumed by the Kree blood used to revive him, eventually revealing a path to the Inhumans as he watched Skye go through Terrigenesis.

Season 2 ended with Coulson suffering the loss of his arm as he and SHIELD fought back against a sect of rogue Inhumans, which eventually led to Skye’s mother, Jiaying, being killed.

Season 3 would push the team to search the globe for Inhumans as more powered individuals popped up due to the Terrigen bomb, leading to Coulson and crew going off-planet for the first time and accidentally bringing back Hive, the original Inhuman.

Season 3 saw the SHIELD team defeat Brett Dalton’s Hive, but after losing Luke Mitchell’s Lincoln, Daisy Johnson left the team to become a vigilante while Clark Gregg’s Coulson was removed as the director.

In Season 4, the group encounters the Ghost Rider for the first time, eventually defeating Robbie Reyes’ uncle before finding themselves facing a new threat in AIDA. 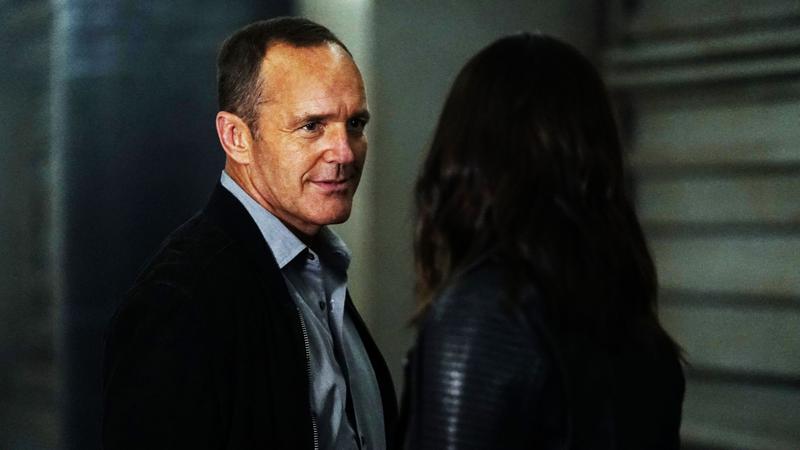 Diving into Life Model Decoys (LMD), the Darkhold, and more Ghost Rider action, Season 4 would end with Coulson becoming the Ghost Rider himself to defeat AIDA/Ophelia before the team is arrested by an unknown entity.

Season 5 begins with the SHIELD team having been taken to the year 2091 as Coulson encounters new Inhumans along with another faction of Kree warriors.

Season 5 saw Phil Coulson die for a second time after running out of his deal with the Ghost Rider, leaving the team alongside Agent May to live out his final days in the real-world Tahiti.

Captain Marvel went back to Phil Coulson’s earliest days as a SHIELD agent alongside Nick Fury, although some of the movie also showed a Skrull simming his look before the two sides came together.

Meanwhile, Season 6 of Agents of S.H.I.E.L.D gave Gregg a new role as Sarge as Coulson’s body was taken over by an intergalactic non-corporeal being called Pachakutiq, unleashing a new species of enemies on the SHIELD team. 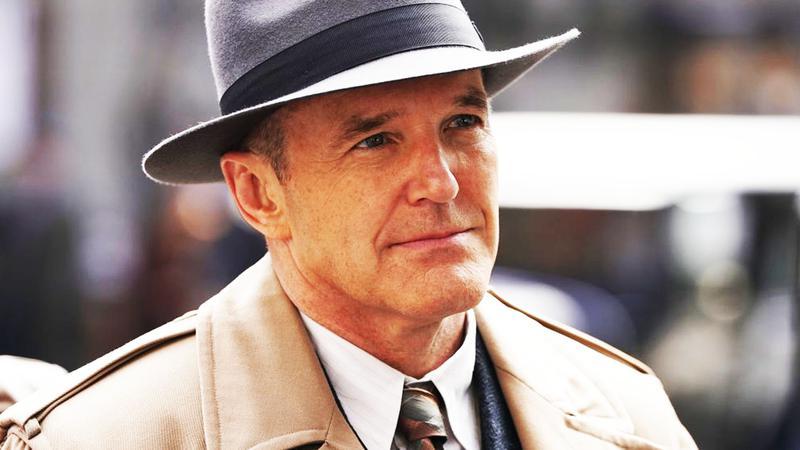 Season 7 of shield saw Coulson go full LMD as he and his team traveled through time to stop the Chronicoms and Hydra, all before officially taking some time away from SHIELD and flying off towards the next step of his journey.

Episode 1 of Loki featured Clark Gregg in archival footage from The Avengers as Loki was forced to relive the murder in Agent Mobius’ interrogation.

What If…? then brought Coulson back in two separate episodes, one of which saw him trying to prevent the Avengers’ deaths during Hank Pym’s attack and the other one showing him dealing with the aftermath of Thor’s party of the century on Earth.

When Will Clark Gregg Come Back to the MCU?

Looking at the MCU’s future, Clark Gregg’s potential return remains a difficult subject, even considering how popular he still remains among fans.

The easiest option is to have him come back in future seasons of What If…?which should reimagine old Infinity Saga stories that took place when Coulson was definitively alive in Phase 1. But the live-action side is a much more difficult proposition, especially with almost every announced Multiverse Saga project confirmed to take place long after Coulson’s death.

There is still the lingering question of whether Agents of S.H.I.E.L.D is fully canon with the rest of the MCU, leaving Coulson’s place in the greater MCU a mystery as Phase 4 ends and Phase 5 begins. Hopefully, fans will get an answer to that question soon as Gregg looks to make his long-awaited comeback into the MCU.

All of Clark Gregg’s performances as Phil Coulson in the MCU can be streamed on Disney+.