In the six months since the enigmatic ending of Doctor Strange in the Multiverse of Madness, “Where will Doctor Strange appear next?” has been one of the biggest questions about the future of the MCU. With no concept of when he could appear next, or even what reality Strange is in, there’s little evidence we have to aid our theories. Another total mystery is Matt Shakman’s Fantastic Four reboot, which has been a major source of anticipation, theories, and debate for years. As we enter the heart of the Multiverse Saga and start building towards Avengers: Secret Wars, how could Doctor Strange and the Fantastic Four connect to the larger MCU? Well, a certain comics saga may be the answer.

Doctor Strange after the multiverse of madness

We saw Strange only twice in Phase Four, and he was deep in multiversal mayhem both times. This is not a coincidence. With Kevin Feige calling Benedict Cumberbatch’s character an “anchor” of the MCU, Doctor Strange may be at the heart of the Multiverse Saga itself. His journey from Phase Four to Phase Six may be the most direct route to Avengers: Secret Wars.

So what’s the doctor’s next multiversal malady? At the end of Multiverse of Madnesswe see Clea (Charlize Theron) take Strange to study incursions. Incursions are the collisions between universes, and in the major comics run by Jonathan Hickmanincursions led to Marvel Comics’ most recent Secret Wars event. It naturally follows that whatever incursions Strange and Clea are investigating may lead to the MCU’s Secret Wars as well.

Between now (2022) and then (2026), surely Stephen Strange will need to appear at least once to connect the Secret Wars dots for the audience and the other characters. Maybe something big around 2024? From what we know of the upcoming slate, there aren’t many projects he could fit in other than Agatha: Coven of Chaos and that isn’t an obvious stepping stone to Secret Wars. But if you look just a little further, we have Fantastic Four, which will kick off Phase Six. And strangely, fantastically, a Doctor Strange/Fantastic Four crossover could actually make sense.

In the comics, Jonathan Hickman’s writing with the Fantastic Four and the Illuminati was a huge part of the build-up to Secret Wars. His saga helped flesh out the multiverse, then dealt with the ramifications of it as the heroes fought to mitigate the damage of the collapsing multiverse.

Hickman’s Fantastic Four series may have also inspired the “Solve Everything” LLC name that the Fantastic Four movie is probably using for production. If so, this would indicate some level of spiritual connection between Hickman’s comic storylines and the upcoming movie, hinting that the MCU’s Fantastic Four may be setting up Secret Wars as well.

Of course, the movie is expected to feature Reed Richards’ Mr. Fantastic. As the team’s namesake, Reed has led the Fantastic Four across almost every iteration in comics, movies, and TV. In the MCU, Doctor Strange is already familiar with one version of Reed (John Krasinski) from the Illuminati of Earth-838. In fact, the Reed Richards that Strange met just happened to be an expert on the multiverse.

The potential of a Doctor Strange/Fantastic Four crossover

As Strange and Clea are traversing realities on their incursion quest, they may be looking for other experts. If Doctor Strange were to find another Reed Richard variant, he’d likely want to warn him about the impending incursion and see if that Reed could help them save the multiverse.

If Strange’s involvement leads to Fantastic Four becoming a multiverse-heavy movie, then it’s possible we could see Reed’s Bridge to other realities and the Council of Reeds, two key elements from Hickman’s comics storyline.

Strange and Reed could even assemble their own Illuminati, as Marvel producers Richie Palmer teased during the Multiverse of Madness press tours and Assembled documentary. Cosmic Circus writer Drew Reed fleshed out his pitch for Doctor Strange’s Illuminati here, and many of the same ideas could be applied to a Doctor Strange/Fantastic Four movie.

As these brain trusts come to realize that doom is coming, the movie could end with the Fantastic Four preparing emergency “life rafts,” the last resort in the event of multiversal collapse, which would lead right into Secret Wars.

As the first film in the last Phase of the Multiverse Saga, Fantastic Four could be the final stepping stone to fleshing out the multiverse and the stakes of all the universes that will be endangered during Kang Dynasty spirit Secret Wars. Having beloved characters like the Fantastic Four come from another universe could help casual audiences become sympathetic towards the fate of the multiverse beyond Earth-616. This could be the first step towards understanding the horrific stakes involved with the destruction of the multiverse.

Doctor Strange and the Fantastic Four: Before time runs out

While many fans might prefer a standalone Fantastic Four debut from Marvel Studios, that unfortunately doesn’t seem to be in the cards, considering the team’s importance to the massive crossover events coming immediately afterwards. Doctor Strange helping to set up Fantastic Four as a multiverse movie would set the stage for Avengers: Secret Wars as our heroes scramble to prevent the doom of the multiverse before time runs out.

But what do you think? Is this how you imagined the Fantastic Four to debut in the MCU? Does it make sense as a way to connect Doctor Strange 2 thaw Secret Wars? Should Fantastic Four be seen in the multiverse? Let me know on Twitter @vinwriteswords or our Discord, and remember to follow the site @MyCosmicCircus for fun Secret Wars thoughts coming soon!

In the meantime, check out the comics below to see how Jonathan Hickman’s Fantastic Four and Illuminati suffered two Secret Wars!

MCU Strange May Draft His Own Illuminati 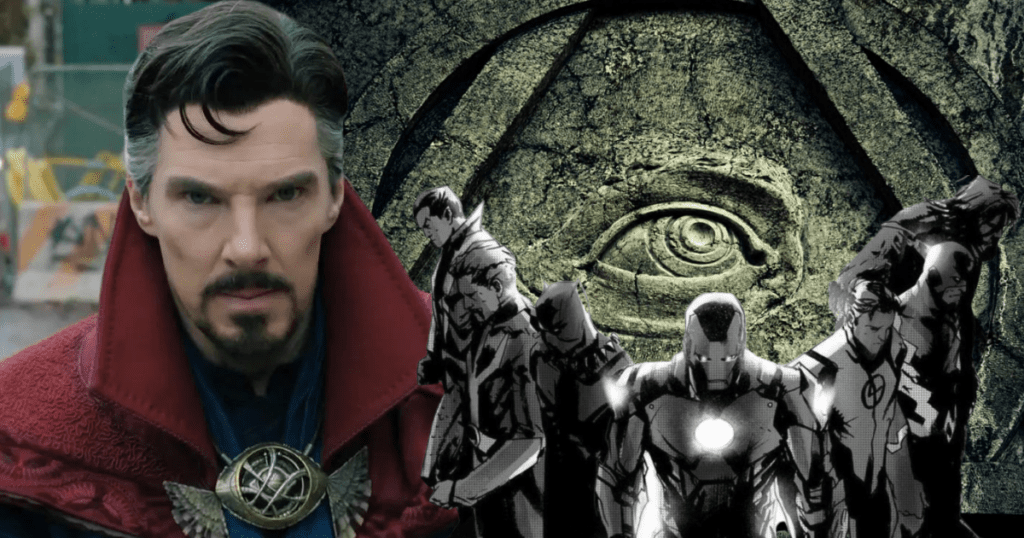 The Next Avengers, ‘Kang Dynasty,’ and The Multiverse Saga