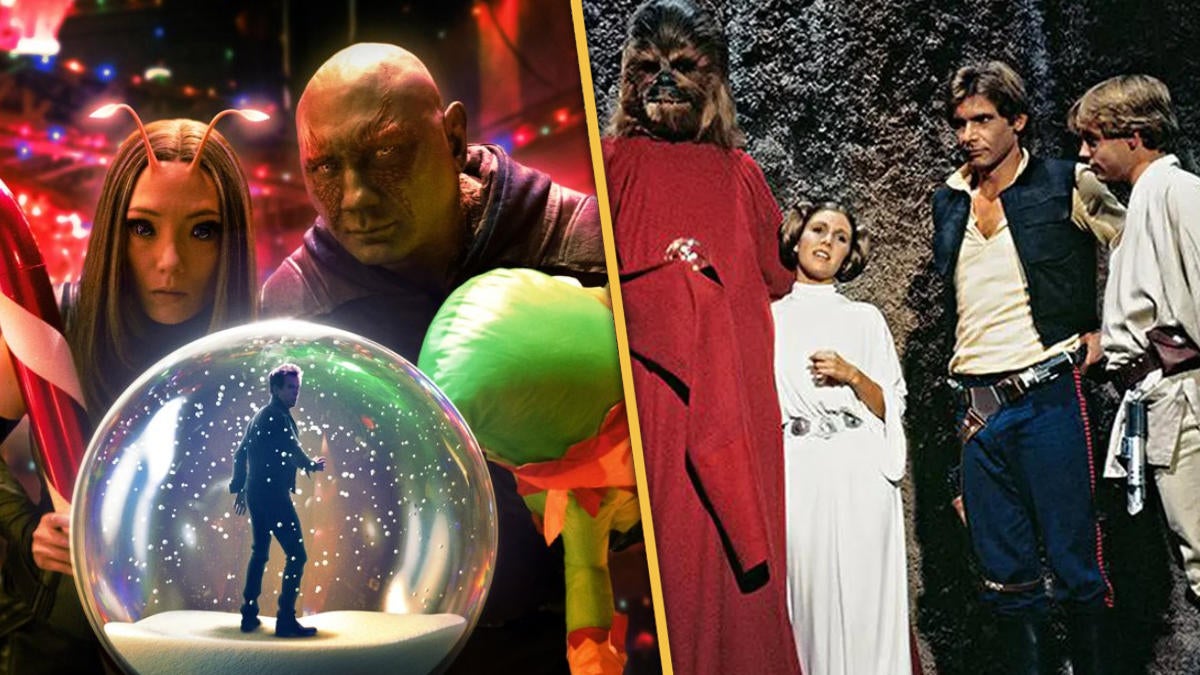 The Guardians of the Galaxy Holiday Special arrived on Disney+ over the weekend, providing a wonderful and unique celebration of the holiday season. The Marvel Studios Special Presentation brought a festive new adventure for its titular ragtag group of heroes, while also weaving in a lot of zaniness. From the second that the project was announced, it drew comparisons to the holiday specials of years before — including the most infamous, 1978’s Star Wars Holiday Special. While the Guardians’ special forgets its own path, it does prove to have some clever nods to Star Wars’ unique special. Obviously, spoilers for The Guardians of the Galaxy Holiday Special below! Only look if you want to know!

The very concept of The Guardians of the Galaxy Holiday Special — Mantis (Pom Klementieff) and Drax (Dave Bautista) kidnapping Kevin Bacon as a Christmas present for Peter Quill / Star-Lord (Chris Pratt) — could be seen as a spiritual successor to Star Wars‘ approach. While the 1978 special did not involve kidnapping, it featured sitcom star Bea Arthur as a now-beloved original character, Ackmena. Both specials also share a musical connection, with Jefferson Starship cameoing in Star Wars‘ special as a holographic band, and The Old 97’s appearing in Guardians‘ special as a newly-formed alien rock band.

Beyond the celebrity connections, the Guardians and Star Wars holiday specials share another connective tie — significant scenes shown in animation. Star Wars’ animated sequence has almost become one of the most iconic components of its holiday special, as it served as the in-canon introduction of Boba Fett. The nine-minute sequence, titled “The Faithful Wookie”, is one of the few segments of the special available to stream legally. Fast-forward to the Guardians special, which utilizes animation to bring back Michael Rooker as Yondu, in a series of flashbacks showing his and Peter’s first Christmas together. While Guardians writer-director James Gunn has confirmed that the rotoscoping style of those sequences aimed to pay tribute to Ralph Bakshitheir very existence can still be interpreted as an homage to “The Faithful Wookie.”

What did you think of The Guardians of the Galaxy Holiday Special? Share your thoughts with us in the comments below!

The Guardians of the Galaxy Holiday Special is now available exclusively on Disney+.