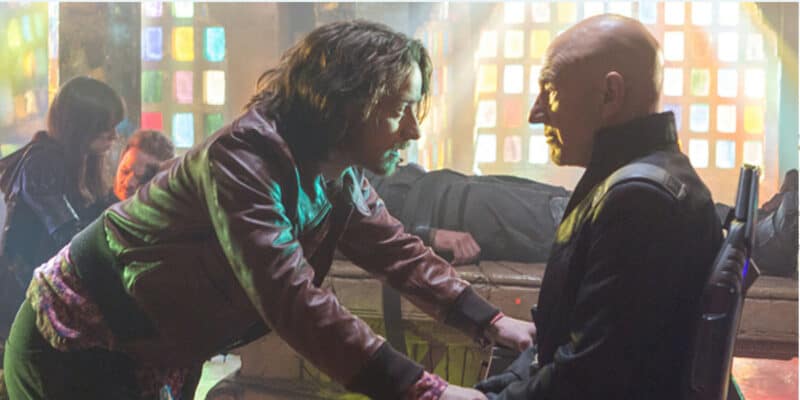 Arguably the first film to kick off the superhero renaissance, X-Men (2000) struck a very good balance with movie realism, and the fantastical world of Marvel Comics, due in no small part to the outstanding cast. Sir Patrick Stewart and Sir Ian McKellen brought Professor Charles Xavier/Professor X (Stewart) and Erik Lehnsherr/Magneto (McKellen) to life in a way that audiences had never seen, and yet, in a way that is was still familiar to fans of the comics and animation.

X-Men (2000) did groundbreaking work in establishing that tenuous relationship between Xavier (Stewart) and Magneto (McKellen), in which the audience could tell unequivocally that they were friends, and were united in a common goal, but, were diametrically opposed on how to achieve that goal. This, says James McAvoy, was where his franchise struggled.

During a recent interview with GQ, McAvoy discussed his time working on several different films, including his debut as Charles Xavier in X-Men: First Class (2011), and made sure to go out of his way to let fans know that he didn’t dislike his time working on the films. Specifically mentioning X-Men: Days of Future Past (2014), the star said:

“It was one of the most positive experiences I’ve had with a studio. I don’t really [see them as just] money gigs. ‘Days of Future Past’ I think is one of the better films that I’ve been involved in.”

McAvoy followed up with his one criticism of the four film franchise he had been a part of: the relationship between his Xavier, and Michael Fassbender’s Magneto, one which he feels could have been stronger, and more emphasized in the series as a whole:

“My biggest criticism of what we did throughout the four movies was that after the first movie, we didn’t take advantage of the relationship between [Xavier and Michael Fassbender’s Magneto], which really formed the backbone of the first film. So it was like, why did we just eject that massive weapon?”

Fans of the series will undoubtedly have noticed a difference between their relationships from the James McAvoy/Michael Fassbender series, and the Sir Patrick Stewart/Sir Ian McKellen series, and have perhaps hoped that this would be rectified with the acquisition of X-Men and other Fox properties by Disney back in 2019. McAvoy however, had something to say about that speculation as well.

With so much news about the next phases coming in the Marvel Cinematic Universe, and teases like Hugh Jackman returning to his role as Wolverine in Deadpool 3 (2024), and even the return of Sir Patrick Stewart as Professor Xavier in Doctor Strange and the Multiverse of Madness (2022), many have been speculating that audiences could see McAvoy returning as well. When asked about the possibility of a Marvel Cinematic Universe return, McAvoy said:

“I’m very quick to say, ‘No, I’m done.’ Or ‘I’m not that bothered about coming back.’ Because you move forward.”

He was even asked if the head of Marvel Studios, Kevin Feige, had called and invited him to reprise the role, to which McAvoy responded with “definitely not”, and that even if he had, he wouldn’t tell. Although there have been hints, and inklings, and even full blown characters from the franchise, there has not been any X-Men film announced for the Marvel Cinematic Universe, which means if we do see one, it likely won’t be until after 2026 at least.

What do you think about McAvoy’s comments? Let us know in the comments below!