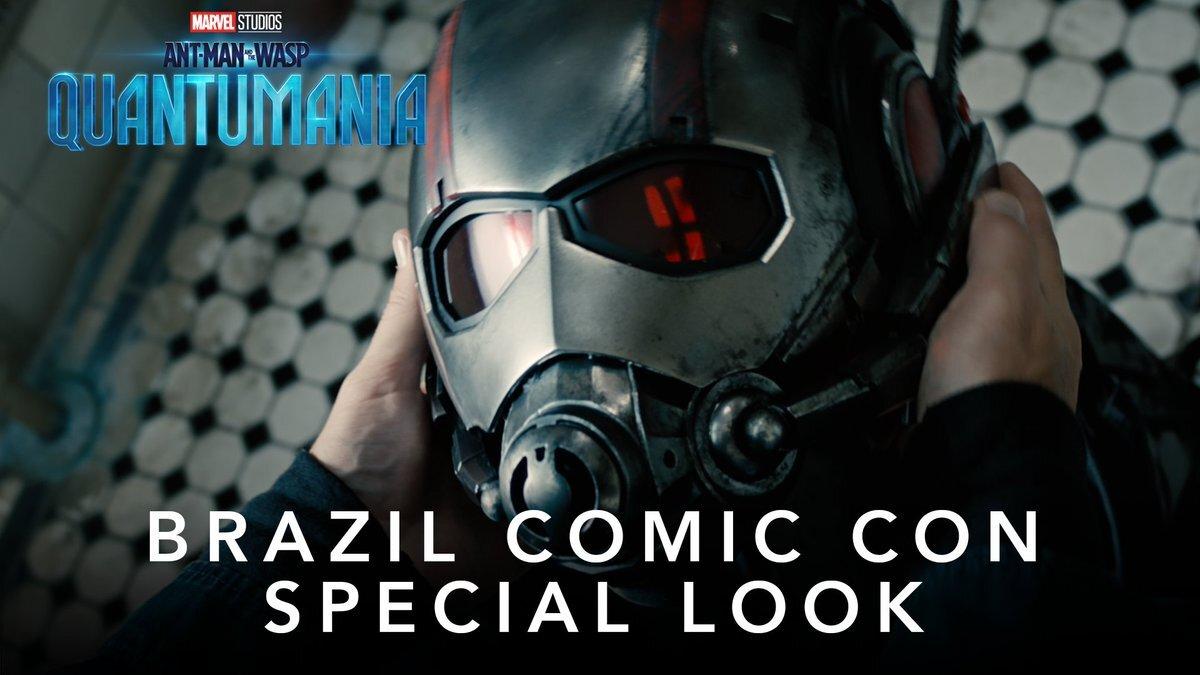 This February, the Marvel Cinematic Universe’s smallest superheroes are in the big leagues Ant-Man and the Wasp: Quantumania. A special look at Marvel Studios’ Ant-Man threequel dropped during CCXP in Brazil, revealing a new look at reigning time lord Kang the Conqueror (Loki‘s Jonathan Majors) and the Quantum Realm. But the multiversal Variant isn’t the only one stuck in the subatomic dimension seen in 2018’s Ant-Man and the Wasp and 2019’s Avengers: Endgame. The sequel finds the Ant-Fam — Scott Lang (Paul Rudd) and daughter Cassie (Kathryn Newton), Hope van Dyne (Evangeline Lilly), and her parents Janet van Dyne (Michelle Pfeiffer) and Hank Pym (Michael Douglas) — sucked into the Quantum Realm for an adventure kicking off Phase 5 of the MCU.

With the Ant-Fam trapped in this secret universe beneath their own, Avenger killer Kang will push the size-shifting heroes beyond the limits of what they thought was possible before the two-part finale of the Multiverse Saga — 2025’s Avengers: The Kang Dynasty and 2026’s Avengers: Secret Wars. Watch the new Quantumania footage below.

Witness the legacy of Ant-Man in this special look from Brazil Comic Con. #CCXP2022

“We were thrilled to get to do a third Ant-Man movie and do a trilogy,” returning director Peyton Reed, who helmed 2015’s Ant-Man and its 2018 sequel, customs EW that San Diego Comic-Con. “And we knew if we were going to do that we wanted to do some things differently. We really wanted to take a hard left turn and make a movie that was even more epic, but still progress the story of these family dynamics and everything that’s going on between Scott and Hope and Cassie.”

In Kang, the time-controlling boogeyman that He Who Remains (also played by Majors in Loki) warned was his villainous Variant, Ant-Man and Wasp are up against “a very, very formidable opponent” who just might be out of their league.

Marvel Studios’ Ant-Man and the Wasp: Quantumania is in theaters February 17th, 2023.