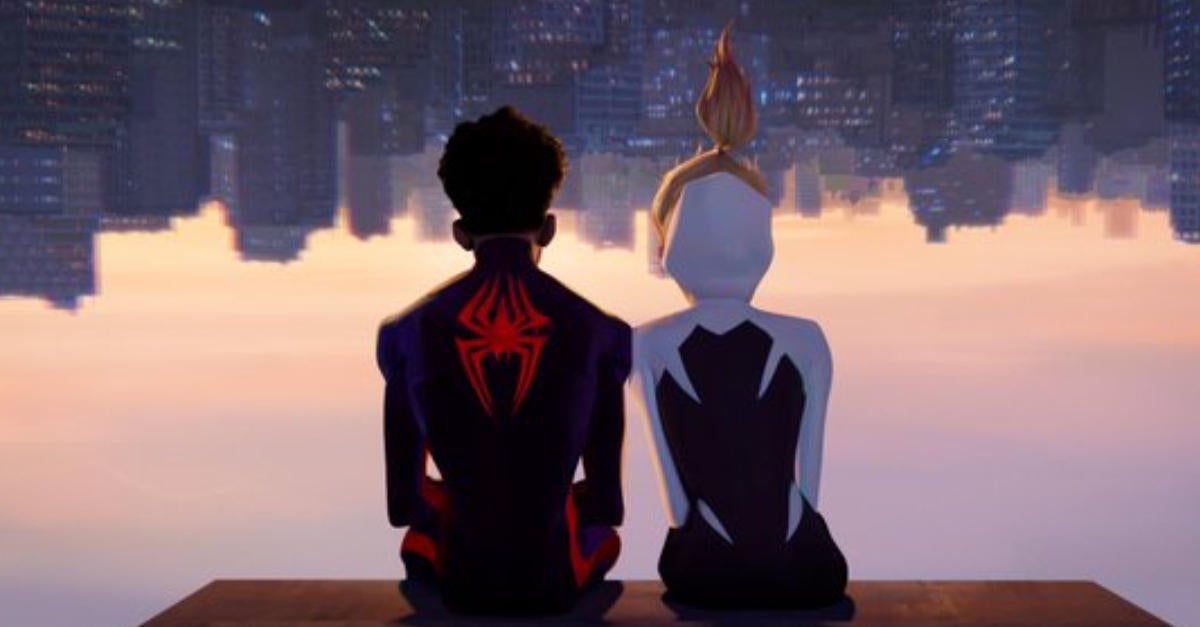 Spider-Man: Across the Spider-Verse has some new images floating around social media. Twitter is absolutely flooded with posts of the editing bay for the film. Miles Morales and Gwen Stacy are in the middle of a tender moment in their costumes. There have been rumors that another trailer was close at hand, and this kind of moment only dumps gasoline on those hopes. It’s been a while since that first clip premiered, and mostly silent on the Sony front. But, next year is now a mere month away and the promotional cycle for a lot of 2023 projects is heating up. It feels like now would be a good time to attach Miles’ next adventure to a major tentpole like Avatar 2.

A recent Empire Magazine interview featured producers Phil Lord and Chris Miller about how the young heroes are falling for each other. “There’s tension between the romantic possibilities for her and Miles, and their desire to keep their friendship intact, and not to risk it,” Lord elaborated. “That’s a really interesting place for two characters to be, especially when they’re so young.”

A new view from across the #SpiderVerse coming 12.13 pic.twitter.com/fPK7WVuavK

“Miles is going through different phases in his life. Now he’s got confidence, but he’s starting to find out where his place in the world is, and he’s feeling ready for his next challenges,” Miller said. “He wants to leave the nest. He has to figure out who he is and who in his life matters, and what’s important. As a teenager those are a lot of the big questions that you’re asking yourself, and this is playing it out on a big, multi-dimensional superhero scale.”

Do you think a trailer is on deck? Let us know in the comments!