It’s possible that in Phases 5 and 6, audiences could see an even further expansion as more LGBTQ+ characters are confirmed or make their debuts in various projects. In 2018, Kevin Feige confirmed LGBTQ+ MCU characters would be included, and Phase 4 is certainly delivering on this promise. These are all the characters in the MCU who have been confirmed on-screen to be a part of the LGBTQ+ community. 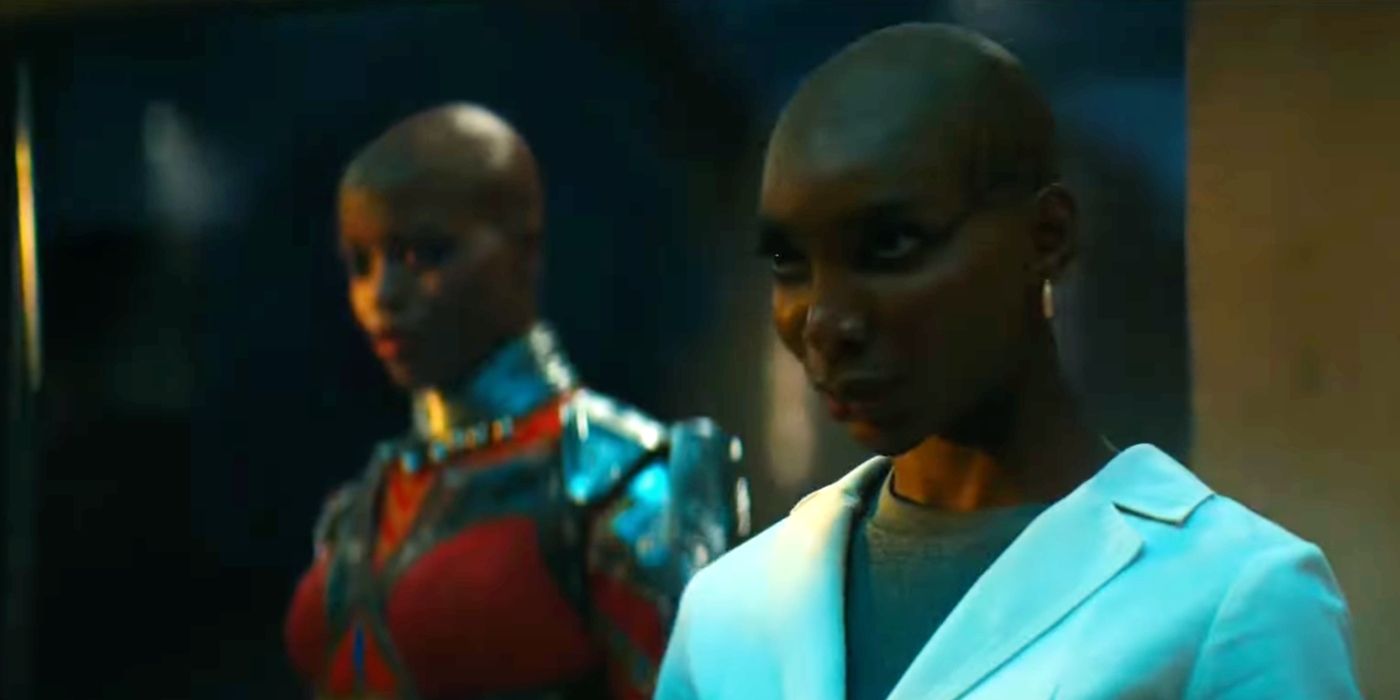 Forbidden lovers in the comics, Ayo and Aneka may finally get their happily ever after in the MCU. The two Wakandan warriors are clearly in a relationship Black Panther: Wakanda Forever as the on-screen depiction shows them bantering/flirting, sharing an embrace, and Aneka kissing Ayo towards the end of the film. With the success of the Black Panther franchise, it is likely that audiences haven’t seen the last of this cute couple.

Valkryie’s LGBTQ+ confirmation in Thor: Love and Thunder came in subtle moments, but audiences never saw her with her girlfriend on-screen. Perhaps the most insightful moment was when Gorr the God Butcher had her trapped and told her the gods let the woman she loved die on the battlefield without doing anything to help. While heartbreaking to know that Valkryie lost her lover, it’s possible that a future movie could explore Valhalla, so audiences may get to see Valkryie’s girlfriend appear in the future.

Eternals made waves when Phastos, as a member of the Eternals, appeared in the MCU with his husband and child. The retired hero was reluctant to leave the life he’d built out of fear he might not come back, similar to how Tony Stark didn’t want to leave Pepper and Morgan. Before he decides to join the Eternals in helping save the world, he shares a passionate on-screen kiss with his husband, Ben. Disney refused to edit out the scene despite some more conservative countries requesting it, making it more powerful than any representation they’ve put out before. The moment is touching and simple, yet has provided the gateway for further representation within the MCU.

In the comics, Loki is bisexual and gender-fluid, which was finally confirmed on-screen nearly ten years after the character debuted in the MCU. In Season 1 of loki, the title character confirms his sexuality during a conversation with Sylvie when he states that he had been dating “a bit of both” when Sylvie asked if there was a special prince or princess in his life. Audiences noticed that his file also read ‘fluid’ in the slot where it asked for gender. Loki being gender-fluid was never a debate, according to the head writers, as they are proud to bring the MCU version closer to the comic book depiction of the character.

Related: Every Active MCU Hero At The Start Of Phase 5

In Doctor Strange in the Multiverse of Madness, audiences met America Chavez, a super-powered girl from another dimension. As the story unfolds, America speaks openly about her two moms and her grief over losing them. They are depicted on-screen briefly, although since their disappearance plays a big part in America’s journey, it remains to be seen if they will ever be featured again.

When a creature is only made of stone, questions about love get complicated, but Korg explained in Love and Thunder how procreation works for his species. The movie explained that his species only has males, and they mate by holding hands next to a volcano, which then spawns a baby. Korg is seen at the end of the film getting together with Dwayne next to a volcano, implying that they want to have a baby together. Given that Korg’s species only has males, it is unclear if this was intended LGBTQ+ representation or simply an example of the MCU’s rich world-building, but nevertheless, Korg and Dwayne have a sweet relationship.

In Hawkeye, Wendy is an NYC cop and fellow LARPer who helps Kate and Clint throughout the series. When she mentions her wife, it is fleeting but not unintentional. The MCU is working towards making sure that LGBTQ+ representation feels as real and authentic as it is in real life. While Eternals may have been a perfect LGBTQ+ introduction and big steps like Phastos and Ben’s kiss help to create great strides and equality, the smaller moments deserve praise for their simplicity as well.

In She-Hulk: Attorney at Law, Nikki confirmed her LGBTQ+ status when she helps Jennifer Walters with her dating app and the hunt for a boyfriend. In a casual remark of, “straight life is ugly,” Nikki confirmed to audiences that she herself is not heterosexual. While she didn’t find love herself in She-Hulk, it’s possible that Nikki could be coming back to the MCU soon as she is Jen’s best friend, so audiences may get to see more MCU LGBTQ+ representation in her future.

Related: What If Marvel Made Black Widow Before the MCU?

Also in She-Hulk, Mr. Immortal was a client who was being sued by a group of exes, after he pretended to die instead of simply breaking up with his significant others. The scene of the frustrated exes depicted mainly women, but there was one man in the mix who was sitting with the exes and didn’t work for the law firm. This confirms that Mr. Immortal is likely bisexual, but he is sadly another character that is unlikely to appear in the MCU again anytime soon.

In Avengers: Endgame, Joe Russo played an unnamed character who attended Steve Rogers’ support group for those who lost someone during the blip. In the scene the character discusses losing his partner, whom he refers to as also being a man. While this moment was small and the character remains unnamed, it was a landmark moment for the MCU since it was the first time an LGBTQ+ character was seen on screen.

Other MCU Characters Who Are LGBTQ+ In Marvel Comics

As the MCU enters Phases 5 and 6 and appears to be more open to introducing a cast of LGBTQ+ characters, audiences have begun to speculate about who may be the next LGBTQ+ hero based on the comics. Many were stunned that America’s sexuality wasn’t addressed in Doctor Strange 2 after the appearance of her moms and the Pride pin displayed on her jacket throughout the film. America is a lesbian character in the comics, so hopefully a mention of her LGBTQ+ status will be made when she appears in the MCU next.

Other speculations include Wiccan and Speed, Wanda’s kids, who are gay and bisexual respectively. While both of them have appeared in the MCU, their sexualities haven’t been addressed which isn’t too shocking since they were only ten years old the last time audiences saw them. As the Young Avengers are more than likely going to join the MCU soon, Wiccan and Speed ​​will almost definitely become members. As they grow up, hopefully the Marvel Cinematic Universe will stay true to their comic counterparts and allow their love interests to match.