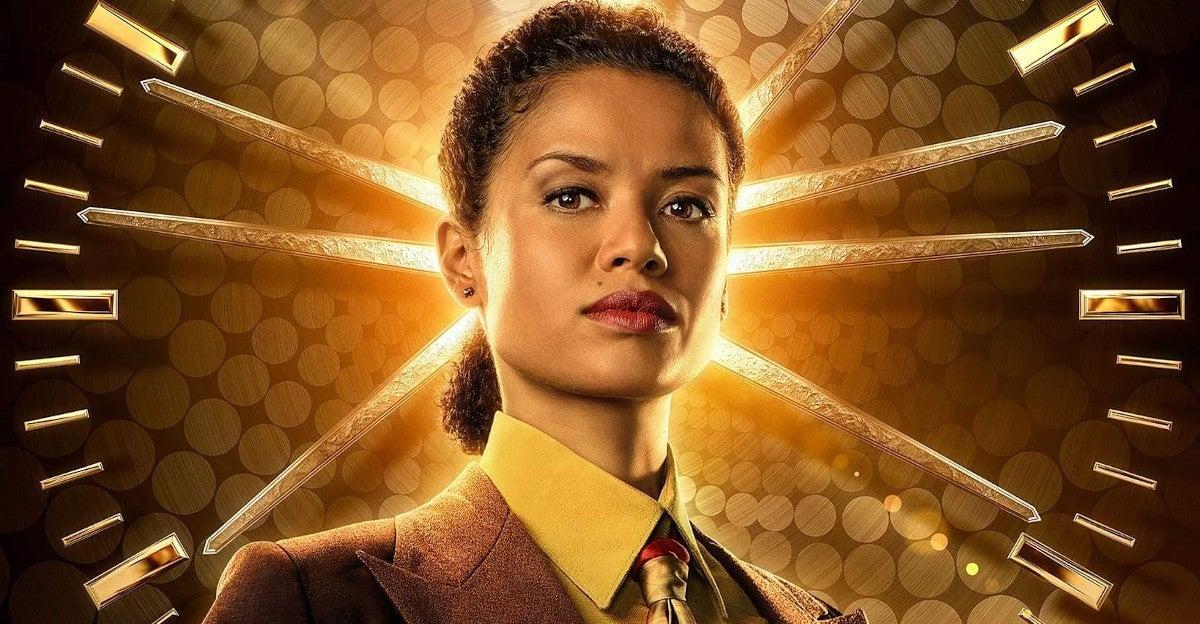 Loki was one of the biggest projects to be released out of Phase 4 of the Marvel Cinematic Universe and it opened some major doors for The Multiverse Saga. The second season of the series is well underway and recently cast a major Game of Thrones star in a role that is presumed to be the main antagonist. We’ve already seen some cool set photos that show the cast in the past hunting down Sylvie, so it’s safe to presume they meet back up with the Goddess of Mischief early on in the season. During the finale of Loki Season 1, it’s revealed that all of the TVA agents are actually variants who are brainwashed to believe that they aren’t, and when that fact is revealed to Ravenna Renslayer (Gugu Mbatha-Raw) she escapes and sets out on her own. In a new interview, Mbatha-Raw is hyping up her character’s role in the second season with a massive spoiler.

“In LokiRavonna is a powerful presence,” Mbatha-Raw told ET Online about the second season “selfishly, Renslayer makes it out of the TVA, which I’m really excited about.”

The series opened up some pretty big doors for Phase Four of the Marvel Cinematic Universe after its mind-blowing season finale. The season finale broke the multiverse and introduced us to Jonathan Majors’ Kang the Conqueror. But it seems that the head writer of the first season, Michael Waldron, thinks that the second season of the series could top the first. During an interview with The Playlist, the writer reveals why.

“Well, I mean, look, what Kate did with Kasra Farahani our production designer, Christine Wada, our costume designer,” Waldron said. “And the whole crew and establishing the look of the show, I mean, what can you say other than it’s just like, it is utterly spectacular. It doesn’t look like TV. It couldn’t have looked more premium. So what they did was amazing.”

“Benson and Morehead, I know those guys. They’re great. They’re brilliant in their own right. You know, I think they’re going to come in and they’re going to do what everybody on this project does, which is to elevate, you know? Then they’ll take what was great about it and fit it with their own awesome instincts and everything and hopefully will make something even better.” The writer added.

Marvel Studios has already started production on Loki Season 2 and we already know that it will have a totally different team. The series will replace director Kate Herron with Moon Knight directors Aaron Moorhead and Justin Benson. Herron previously hasn’t commented on exiting the series, but now it seems that the director is ready to discuss why she moved on from Loki. In a previous interview, the director revealed exactly why she decided not to stay aboard season two of the project.

“I was on the show for like three years in total. I just felt like I poured everything into it,” Herron told Variety. “It’s almost like a campfire story that every filmmaker kind of brings their take and their perspective. I just felt like I gave so much to this. I was like, ‘You know what, I feel like this was my effort for Loki.’ I felt like having someone new and with fresh eyes — that, for me, is what will make a good season.”

The entire first season of Loki is exclusively streaming on Disney+

Are you excited for the second season of Loki? Let us know your thoughts in the comments section below or by hitting up our writer @NateBrail on Twitter!