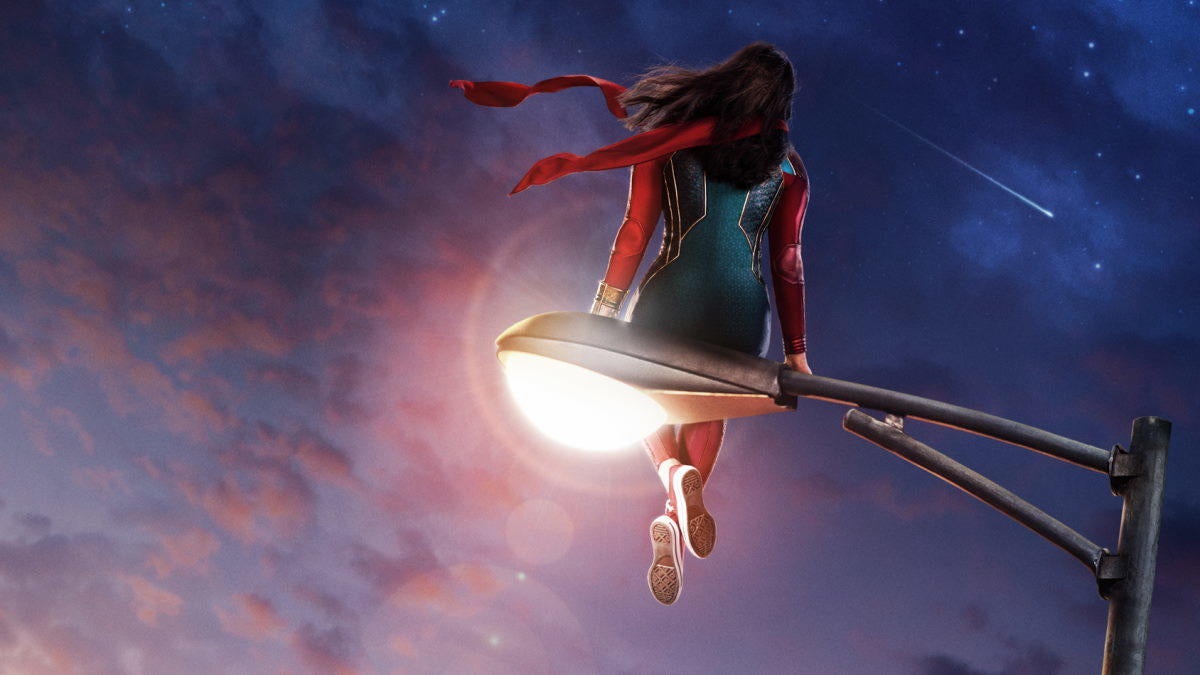 Tuesday finally brought forth the release of the first full Ms. Marvel trailer, formally introducing Kamala Khan (Iman Vellani) to the Marvel Cinematic Universe. MCU stars like Mark Ruffalo shared the trailer, congratulating Vellani on her MCU arrival. Now, Carol Danvers herself is wishing Vellani much success in the MCU. Tuesday evening, Brie Larson joined in on the fun by paying tribute to the MCU newcomer and her The Marvels costar.

“You ARE a superhero, Kamala,” Larson tweeted alongside the trailer.

“The fact that the show is being made and they’re including this character in the MCU is [what’s important], “Vellani said about her role last year.” I do not really have to go out of my way and talk about being a Muslim and being Pakistani – it all comes out in the show. People seeing a person like me involved in a project as big as this is, I think, inspiring enough. “

Ms. Marvel co-creator Sana Amanat spoke with the Inquirer last year, mentioning just how much Ms. Marvel has grown in popularity with fans of Marvel Comics over the years.

“She’s grown so much in the last four years and the diversity of our fanbase alone is so impressive. They all love Ms. Marvel. It goes to show we have a really great story with great creators,” Amanat explained. “I think it’s incredibly important that we tell young women and young girls that they have this incredible power within themselves, and that they have heroes out there [who] … they can look up to, especially in these times. “

Marvel’s new synopsis for the series can be found below. ‘

“Marvel Studios'” Ms. Marvel “is a new, original series that introduces Kamala Khan, a Muslim American teenager growing up in Jersey City. An avid gamer and a voracious fan-fiction scribe, Kamala is a Super Hero mega fan with an oversized imagination — particularly when it comes to Captain Marvel. Yet Kamala feels like she does not fit in at school and sometimes even at home — that is, until she gets super powers like the heroes she’s always looked up to. Life gets better with super powers, right? ”

Ms. Marvel is set for release on June 8th while The Marvels hits theaters next February. Captain Marvel can currently be streamed on Disney +.

What other characters would you like to see Kmala interact with in her MCU debut? Let us know your thoughts either in the comments section or by hitting our writer @AdamBarnhardt up on Twitter to chat all things MCU!