The chic umbrella in BrüCo Taproom’s name may lead you to believe that Queen Creek’s latest watering hole has an affinity for German brews. No – it’s just a cool name that came up during a family brainstorming session. In fact, most beers on tap are local brews, according to its owners.

“We ultimately decided on the name and the symbol because we like what it looks like,” says owner Randy Waldref.

Waldref and his wife, Julie, have been living in Queen Creek for about six years. Their tap room near the northeast corner of Power Road and Germann Road is their first venture into the restaurant world. The 1,600-square-foot taproom opened last month and features 30 rotating craft beers on tap, along with wine and a small food menu that includes pizza and chicken wings. There is a cozy indoor space for dining and an outdoor terrace with a garage-style window to the bar.

Currently, 17 of the 30 beers are on tap Arizona brew. Waldref says the most popular soaps are Huss Brewing Co.’s Scottsdale Blonde and Arizona Light Lager and Four Peaks’ The Joy Bus WOW Wheat Ale. Another favorite is Full Moon Wheat Beer from Mudshark Brewing Company, which is based in Lake Havasu.

Other local beers coming from Barrio Brewing Company (Tucson), Lumberyard Brewing Co. (Flagstaff) and Tombstone Brewing Co. (Phoenix). Blackcurrant cider from the Crush Craft Cider Company (Tempe) is on deck, according to Waldref. The full menu can be found through the Untappd app. 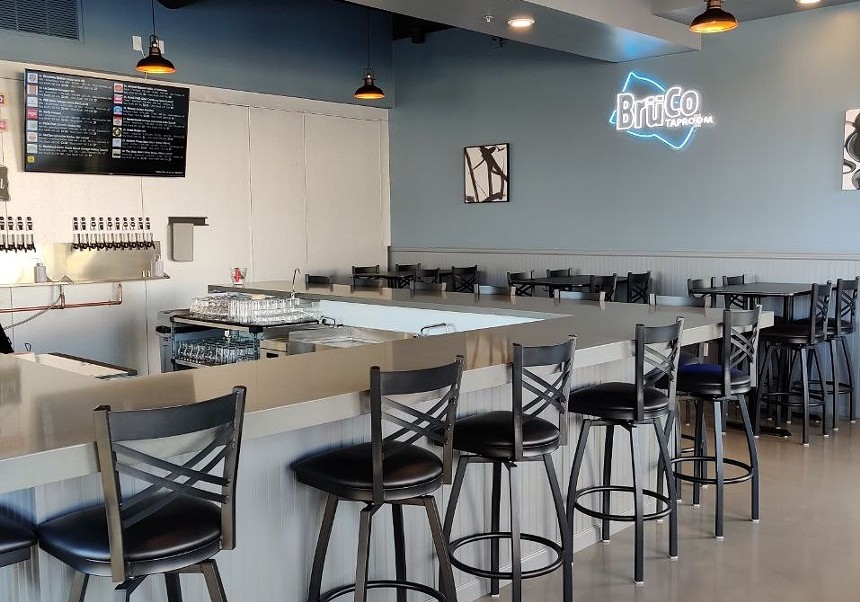 The 1,600-square-foot BrüCo Taproom in Queen Creek opened in December.

“We got into this industry for beer,” he says. “We’ve been beer lovers for years.”

BrüCo Taproom is for beer enthusiasts, by beer enthusiasts – but there is also a good selection of wines, says Waldref. They are in the process of rolling out a small bite menu for early 2022. Expect pizzas, appetizers and wings, for starters

Waldref says the reception from other local businesses, even those serving beer and wine, has been extremely friendly and supportive.

“Even people I would have thought of as competitors to BrüCo came to visit and had a drink on the spot,” he says. Ultimately, the goal is to be a “neighborhood place that boasts craft beer and good food.”

Stay up to date with the taproom through their Facebook feed.