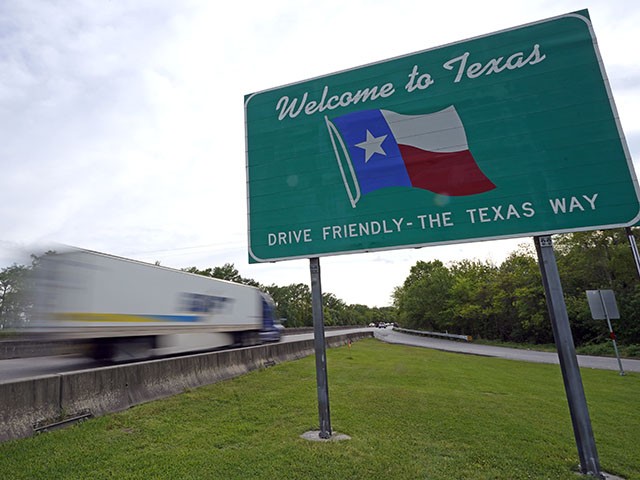 A recent report from U-Haul revealed that migration to southern states has continued and that Texas was the best destination for those moving.

“California and Illinois are ranked as the states with the largest one-way net loss of U-Haul trucks, and most of that traffic appears to have gone to Texas and Florida,” Fox Business reported on Friday.

“So many Californians are leaving the once Golden State that the moving giant says it ran out of wheels for them to rent,” the business said.

Texas was at the top of the list before the pandemic in 2016 and 2018, but fell to Florida in 2019 and Tennessee the following year. Now it has repeated the top spot.

California’s net loss was not as bad as in 2020, but U-Haul said this was partly due to the fact that the company “simply ran out of stock to meet customer demand for outbound equipment.”

Texas’ growth is nationwide, although some of its biggest gains happened in the suburbs around DFW Metroplex. Florida’s progress is equally widespread, with significant growth south of Orlando and along both coasts. Total mobile traffic across Texas increased in 2021, as it did in most states. Arrivals of one-way U-Haul trucks increased by 19%, while departures increased 18% compared to 2020. Arrivals accounted for 50.2% of all one-way U-Haul traffic last year in Texas.

“Texas’ economy is growing fast,” commented Kristina Ramos, U-Haul Company of South Austin’s president. “With a strong labor market and low cost of living, it’s a no brainer. Texas does not have an income tax, so families get more for their money.”

Blue states, which have imposed mask mandates, vaccine requirements and lockdowns in the past year, lost population to red states that rejected such policies, Breitbart News reported on December 23.

“Newly released data from the United States Census Bureau reveals that while blue states like California and New York have increasingly lost populations from July 2020 to July 2021, red states like Texas and Florida have experienced population increases,” the article read.

In a post on social media Thursday, Texas Gov. Greg Abbott (R) wrote said his state grew faster than any other in the nation:

Texas is growing faster than any other state in America.

More people are choosing Texas because it is the best state to live, work and start a family in. pic.twitter.com/xINfMrcxft

“More people are choosing Texas because it is the best state to live, work and start a family in,” he wrote.