Can carbon capture technology save the oil and gas industry and the climate? | MCU Times Skip to content 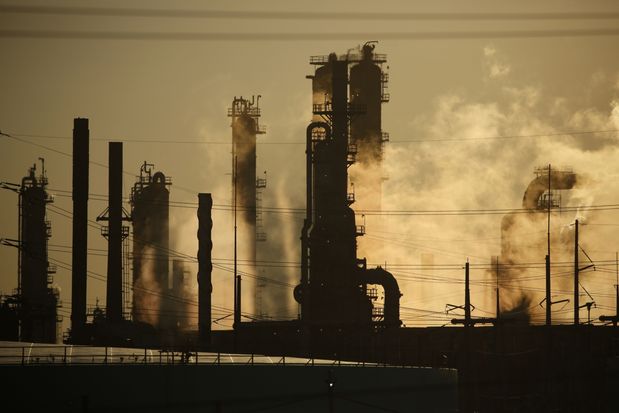 
About the author: Ian Palmer is a petroleum engineer and consultant who holds a doctorate in physics. He has worked at Los Alamos, Department of Energy, BP and Higgs-Palmer Technologies. He is the author of The slate controversy.

A new report suggests that the fossil fuel industry is heading in the wrong direction with emissions. Carried out by the Stockholm Environmental Institute for the UN, the Production Gap Report evaluated 15 major fossil fuel producing countries in relation to the Paris Agreement, including Australia, Russia, Saudi Arabia, the United States and the United Kingdom

It notes that to keep the temperature rise below 1.5 degrees Celsius by 2100, it requires a 45% reduction in total global greenhouse gas emissions by 2030, based on 2010 levels. Yet by 2030, these 15 countries will significantly increase fossil fuel production, not slowing it down. The nations plan to produce 110% more fossil fuels than would be compatible with an increase of 1.5 C. By 2040, profits will grow to 190%.

Reducing greenhouse gas emissions by switching to renewable energy is a major dilemma for energy companies, because in the meantime the world still needs fossil fuels. If oil and gas production stopped immediately, the world would starve. Food is transported by trucks, railways and ships running on oil and gas. If fossil fuel production stopped completely, there would be no more electricity, heat and air conditioning or electricity to run steel and cement companies.

But you can already feel the mood around oil and gas changing. Depending on the rules, in the near future the oil industry will either have to cut production enough to meet the Paris climate targets, or it will have to reach out for an escape hatch and get rid of its greenhouse emissions through carbon capture and storage.

Carbon capture and storage – collecting greenhouse gases and burying them deep underground in a non-leaking rock layer – is promising technology. But it is unknown at this time what he will do after leaving the post.

Robert Balch of New Mexico Tech says carbon capture and storage is the only method that can be scaled up to meet the requirements of the Paris Agreement. But doing so can prove to be prohibitively expensive. A notorious experiment called Petra Nova tested carbon capture from a Texas power plant chimney and used the amount of CO2 collected to produce extra oil from an old oil field. The project closed when the oil price fell below $ 50 per barrel. The extra steps of collecting and storing carbon proved to be an unbearable cost.

Currently, 65% of the CO2 capture and storage market is in the United States, with about 10% each in Europe, Australia and the Middle East. ExxonMobil stores 9 million tonnes of CO2 each year, equivalent to the emissions of 11 million cars per year. Exxon plans to invest $ 3 billion in 20 new carbon capture and storage facilities because the company sees it as a growing industry and a way to keep pumping.

Occidental Petroleum is building a direct air entrapment wall of fans in West Texas that will suck in air and separate CO2 for underground injection into old oil fields. The company envisions a whole new industry to help other companies get rid of their CO2.

The US and UK governments have offered funding for research and field testing of carbon capture and storage, and also see it as a necessity and a growing industry.

This would represent a 20% growth in carbon capture and storage year-on-year – a scenario that is difficult to fathom. The carbon capture industry would grow as large as the current oil and gas industry by 2050, according to Rystad.

The fossil energy production gap will make this growth impossible to achieve. The cost of producing fossil fuels combined with paying for carbon capture and storage will make fossil fuels more expensive than renewable energy. Consumers will change.

With oil now trading near $ 80 a barrel, it’s hard to see the U.S. oil and gas industry cutting back on production voluntarily. The industry is leaning towards carbon capture to get rid of greenhouse gases, but it is a temporary – and currently minimal – solution to a persistent problem. Eventually, demand for fossil fuels will decline in the United States due to vehicle electrification and renewable energy replacing fossil power plants, and this will change the game.

Carbon capture and storage is offered as a compromise between the fossil fuel industry and climate agendas, but it will not be cheap enough or fast enough to save oil and gas.

Guest comments like this are written by writers outside of Barron’s and MarketWatch’s newsroom. They reflect the perspectives and opinions of the authors. Submit comment suggestions and other feedback to ideas@barrons.com.