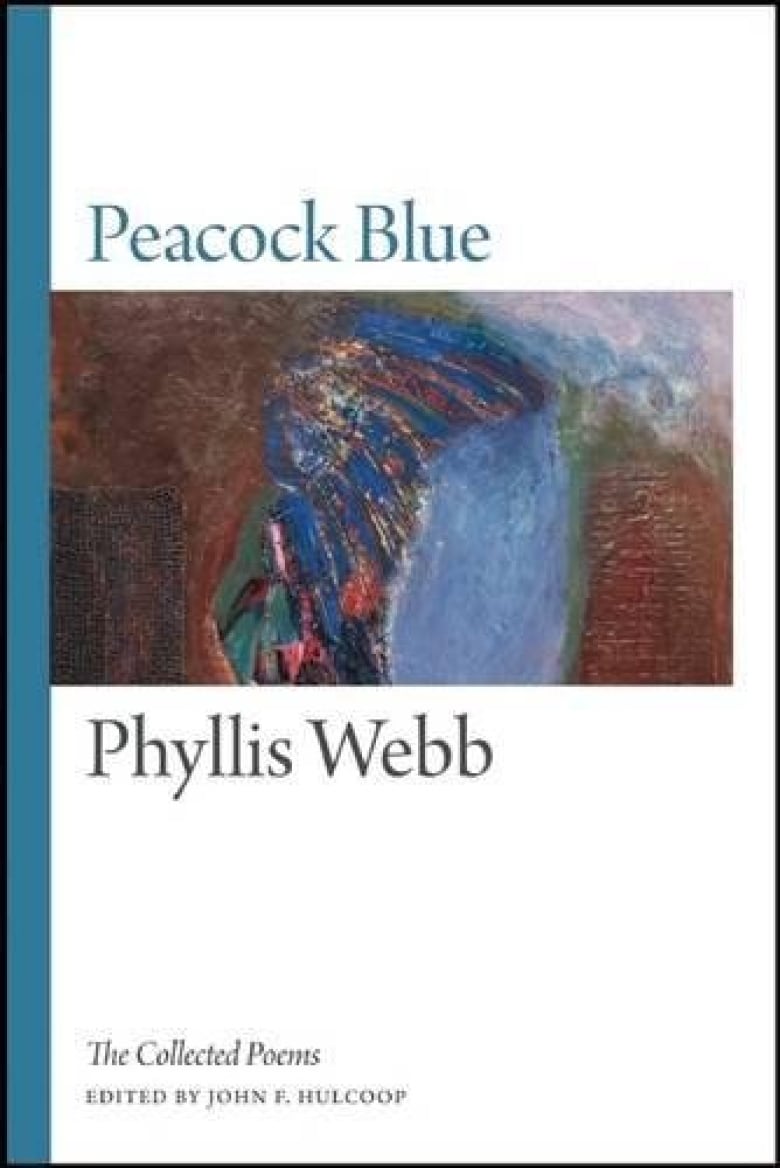 The Canadian poet Phyllis Webb who filled collections like The Vision Tree: Selected Poems and Wilson’s bowl with gripping insight into the human condition, died at the age of 94 on November 11, 2021.

Her publisher, Talonbooks, confirmed with CBC Books that Webb died “peacefully on his own terms” at Lady Minto Hospital in Salt Spring Island, BC

In the days before her death, Webb quoted the last words of one of her favorite poets, Gerald Manley Hopkins: “I’m happy, so happy.”

She has spent a lifetime asking questions. Her work was never satisfied with the answers. Poet, anarchist, intellectual, former radio producer and co-creator of the program IDEAS, we honor Phyllis Webb in this documentary by Robert McTavish. 53:57

Webb was born on April 8, 1927 in Victoria. She graduated with a BA in philosophy from the University of British Columbia and spent many years traveling and living abroad before returning to BC and settling on Salt Spring Island.

The west coast had an impact on her life and work. “We all need to express something about our roots, I think where we came from,” she said in a 1983 CBC interview. adapt further elsewhere. “

Webb’s writing career began in 1954 with the publication of the collection of poems Trio: First poems, which also included works by the Scottish poet Gael Turnbull and the Canadian poet Eli Mandel.

“When you write a good poem, you feel really wonderful. No matter how desperate the poem may be. If the poem is good and you know it’s good, it’s hugely exciting,” she said in a 1983 CBC interview.

She would continue to publish nearly 20 collections between 1954 and 1999. Her collection from 1982, The Vision Tree, won the Governor – General’s literary prize for poetry.

The vision tree selects Webb’s poetry from the 1950s to the 1980s, and is imbued with imagery from the West Coast, as well as thoughts of depression and femininity.

Phyllis Webb speaks to Morningside listeners about her award, her writing, and her book The Vision Tree. 15:45

Other notable collections include the 1980s Wilson’s bowl, 1984s Water and Light: Ghazals and Anti Ghazals, 1990s Hanging fire and the 1995s Nothing but Brush Strokes.

An anthology of her work, Peacock Blue: The Collected Poems of Phyllis Webb, was edited by John F. Hulcoop and published in 1994.

“I have always felt and had an ambition to contribute to Canada’s literature, to help create that literature. I have been working on this for about 30 years now,” she said in a 1983 CBC interview on Morning, shortly after her winner of the Governor – General’s Literary Prize.

She worked for CBC at the beginning of her career, as a freelancer and radio producer. She co-founded the CBC Radio program Ideas, along with William A. Young, and was executive producer from 1967-1969.

LYT | Phyllis Webb reflects on the early days of ideas:

Phyllis Webb talks to Paul Kennedy about the early days of IDEAS. 3:26

Later in his creative career, Webb would paint, take photographs and make collages.

She was named Order of Canada in 1992 and received the BC Gas Lifetime Achievement Award in 1999.

– With files from Ideas