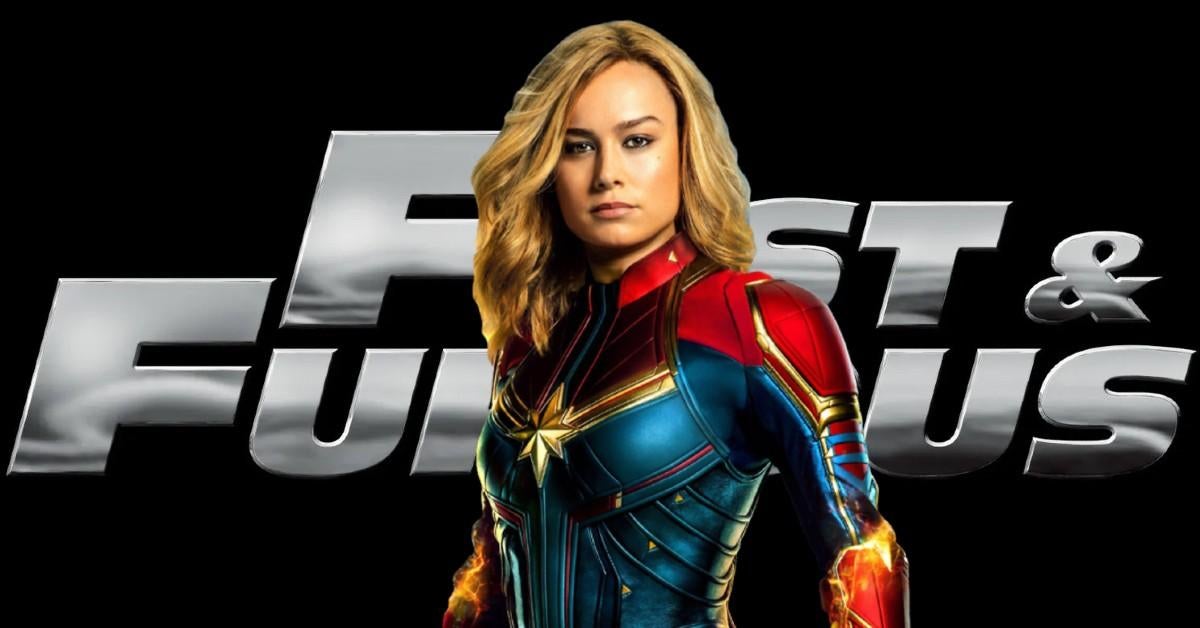 The Fast & Furious franchise is known for its expansive cast, and Captain Marvel star Brie Larson is vying to be the next addition. We’re a year away from the release of The Marvelsa sequel to 2019’s Captain Marvel. Brie Larson celebrated the 1-year countdown with a photo from the Captain Marvel 2 set, and now has her eyes set on joining Fast & Furious. The franchise has been a box office juggernaut, putting it on par with Marvel Studios’ offerings. The only thing missing from Larson’s resume is a role alongside Vin Diesel and the rest of his Fast & Furious family.

Brie Larson spoke to Uproxx about her recent Super Bowl TV spot alongside Eugene Levy, Danai Gurira, and Dave Bautista, keeping Marvel secrets, and her popular YouTube channel. The conversation eventually turned to Fast & Furious since the Super Bowl commercial borrowed elements from the film. The Carol Danvers actress made no secret of her desire to make a future appearance, stating, “One hundred percent. One hundred percent,” when asked if it was her dream to appear in a Fast & Furious movie.

“Please, please tell everybody I would of course want to be in a Fast & Furious movie, “Larson pleaded.” I’m obsessed. I love them. I think they’re so good. They’re so fun. And they’ve made me appreciate cars. And it’s something that should be appreciated. They’re incredible. So of course, please. “

The topic even turned to an Avengers/Fast & Furious crossover, which would be an obvious money-maker. “Whoa! That’s a gazillion-dollar idea,” Larson exclaimed. “I’m down to play new characters and whatever. Whatever it takes, but I’m very down for a crossover moment. I think you’ve tapped into something that is a true love of mine, so I would be so down. “

The next film up is Fast and Furious 10. Vin Diesel confirmed the 10th installment is gearing up to begin filming, and Aquaman star Jason Momoa is also joining the cast. “The Fast Fam keeps getting bigger. Welcome, Jason Momoa. # F10,” a tweet from The Fast Saga Twitter account reads. Unfortunately, someone who will not be making a return is Dwayne Johnson, who turned down Diesel’s public recruitment back in December.

“I told [Diesel] directly that I would not be returning to the franchise, “Johnson told CNN during an expansive interview reflecting on his career in 2021.” I was firm yet cordial with my words and said that I would always be supportive of the cast and always root for the franchise to be successful, but that there was no chance I would return, “Johnson said.” Vin’s recent public post was an example of his manipulation. I did not like that he brought up his children in the post, as well as Paul Walker’s death. Leave them out of it. We had spoken months ago about this and came to a clear understanding. “

Who would you like to see Brie Larson play in a Fast & Furious movie? Let us know your thoughts in the comments!