Chicago murals: Old sleeping grain silos on the South Side are a lasting industrial canvas for graffiti artists | MCU Times Skip to content 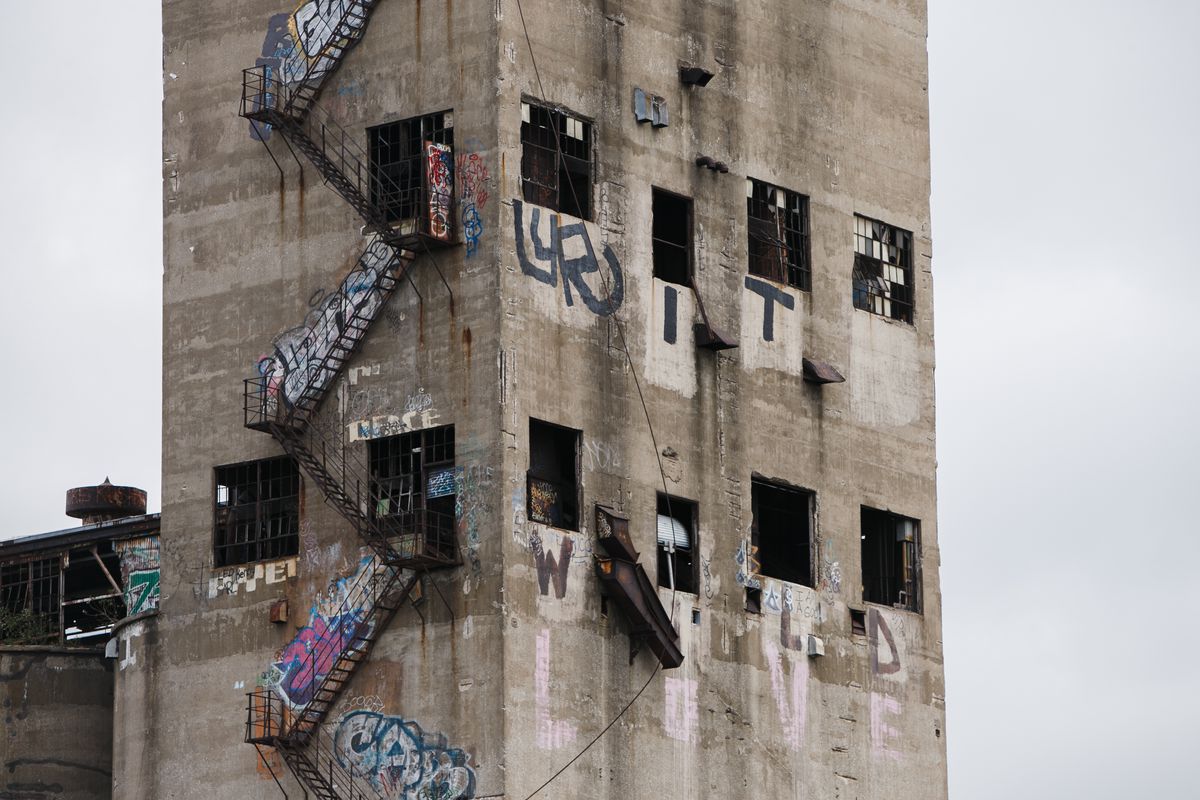 The towering, old grain silos near 29th Street and Damen Avenue, on the banks of the southern branch of the Chicago River, date back to Chicago’s heyday as a hub for manufacturing and food distribution.

Although they have not been functional for decades, the sleeping, weathered structures have long been a magnet for graffiti artists and taggers who have transformed the 24-acre area into something of an industrial canvas.

It includes the silos themselves, adjoining structures as high as 15 storeys and a series of hollow tunnels winding below.

Not exactly the safest place to roam – nor a legal place to visit, as the “No Trespassing” signs state.

Nevertheless, it is still a popular place for street artists to pursue their colorful trade, whether they are considered art or an eye-catcher.

A street artist who walks past Werm has painted by the silos over the years – including on the roof in the mid-1990s, when he says it was not so well known somewhere.

Part of the lure of the place, Werm says, was that “there are a lot of walls and it’s abandoned, it’s a place where everyone can practice and there are no rules and you can take your time.”

“Before there was no security, there were open gates and people could just walk in, it was a public underground street art gallery,” Werm says, adding that security has certainly been tightened up since.

Another veteran street artist who walks past Emte said a number of years ago that a construction company he worked for was getting rid of hundreds of gallons of old paint, and he said, “I take it.”

He brought it to the silo ground, and “we used it to roll out all the brick walls… We just caked walls and invited people to come and paint.”

“Those were some of the best graffiti artists at the time that I was thinking of getting in,” he said.

“It’s an opportunity to express ourselves,” he said. “I wanted it to be a super-dope unsanctioned museum, and it was, but it only lasted five or six years.”

The site later became better known, and graffiti artists began to fall down like grasshoppers, sometimes disregarding images created by others.

The “Chicagoist” website once included “Lady Silos” on a list of “16 Must-See Examples of Chicago Street Art.”

Chicago photographer Jordan Scott felt compelled to capture the seriousness of the place with his camera in 2018.

In a subsequent online essay, he described the place as “something out of a dystopian Hollywood movie set” that “hangs on to the existence of an unknown hand that resists its complete demolition and remodeling.”

The site is owned by the state of Illinois, which “is obligated to sell the property,” a spokesman said, adding that Governor JB Pritzker “continues to look for opportunities to divest underutilized assets to spur economic development, generate property taxes and maximize taxpayers’ value.”