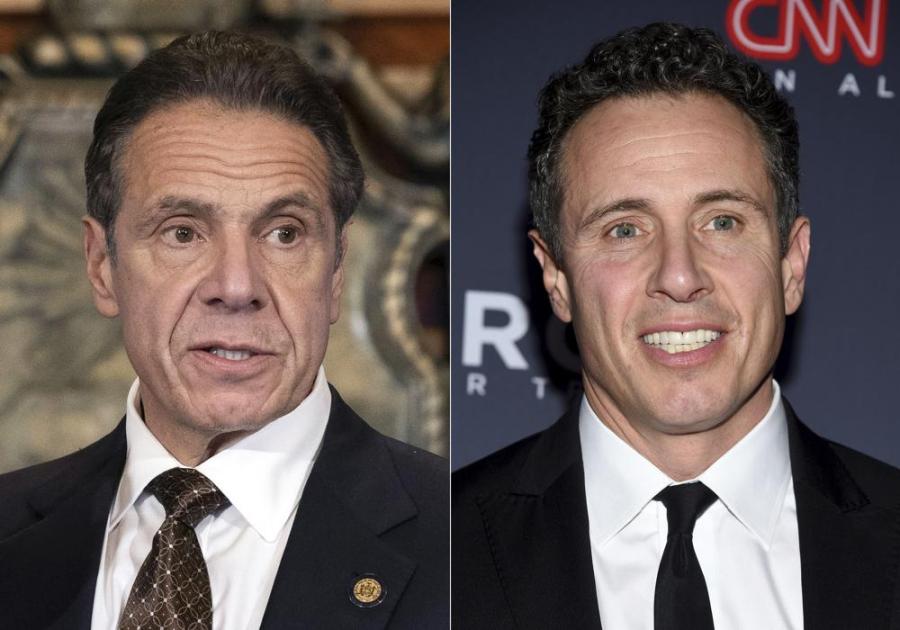 The TV journalist offered to reach out to “sources”, including other journalists, to find out if more women would step forward and pass on what he heard to his brother’s advisers, according to the material published on Monday.

He also sparred with the former governor’s aides on strategy, calling for an apologetic tone and criticizing an early statement, which he saw as a trivialization of the accusations. He accused a top assistant of hiding information from his brother.

At the same time, Chris Cuomo told investigators he spoke regularly with his brother, coaching him in his response and admonishing him for “poor judgment.”

Chris Cuomo has previously acknowledged that it was a “mistake” to act as his brother’s unofficial adviser, but the full extent of his involvement – including the use of journalistic contacts to exclude prosecutors – only became clear with Monday’s release of his interview with investigators. in July and 169 pages of text messages, emails and other communications.

“I was worried this was not being handled the right way, and it’s not my job to handle it, okay?” Chris Cuomo told investigators, according to the transcript. “I’m not working for the governor.”

Chris Cuomo, the host of CNN’s “Cuomo Prime Time”, said he never reported on his brother’s situation for the network and never tried to influence the coverage. On the air in August, he said, “I was trying to do the right thing,” adding that he “had no control over anything.”

“We will hold talks and seek further clarity on their significance as they relate to CNN over the next few days,” it said.

Jane Kirtley, director of the Silha Center for the Study of Media Ethics and Law at the University of Minnesota, said journalists need to understand that they work for the public, not politicians.

Kirtley said the extent of Chris Cuomo’s involvement in advising his brother is inappropriate, and since they are brothers, “Maybe it’s time for him to find another industry.”

She urged CNN to address the matter immediately, saying, “You can not behave as if this is not happening. You are a news organization.”

Monday’s releases show Chris Cuomo getting frustrated with his brother’s advisers as they struggled to respond as more women came forward with harassment allegations.

Cuomo’s desire to dominate led to success and his downfall

The anchor pushed for greater involvement in shaping his brother’s message and offered his journalistic investigation to find out what other allegations might be in jeopardy.

On March 4, Chris Cuomo texted the governor’s top assistant, Melissa DeRosa, saying “I have a clue about the bridesmaid,” referring to a woman who accused her brother of unwanted touching at a wedding reception.

On March 7, as rumors swirled that more women were emerging, DeRosa wrote to Chris Cuomo: “Can you check your sources.” He replied, “On that.”

“When I was asked, I would contact sources, other journalists, to see if they had heard of anyone else coming out,” Chris Cuomo said in the July depot.

In one case, Chris Cuomo said he called a journalist who regularly worked with reporter Ronan Farrow to get information about Farrow’s upcoming article, and he did not tell anyone on CNN what he was doing. He let DeRosa know that the article was not ready for publication yet.

In a text message on March 10, Chris Cuomo slammed DeRosa, accusing her of withholding information from her brother after the Albany Times-Union published an interview with a prosecutor.

“Stop hiding …,” Chris Cuomo wrote. “We make mistakes we can not afford.”

Asked in his clarification on that text, Chris Cuomo explained that he told her, “Do not tell Andrew things.”

“There were conversations that he was not a part of that I thought were important for him to remain very locked in these,” Chris Cuomo testified.

Among this latest batch of investigative material released by James’ office is a video of Andrew Cuomo’s July submission – a transcript was published about three weeks ago – and transcripts or videos of interviews with several Cuomo assistants and advisers.

James’ office said it did not initially release these because local prosecutors reviewed them for potential criminal conduct. After a criminal complaint was filed against Cuomo last month, which gave him access to the material through discovery, James’ office said it would publish them “in an attempt to provide full transparency.”

The releases were made on a rolling basis – first with transcripts of the former governor and prosecutors on Nov. 10 and Monday with his brother, aides and other figures – to allow time for editors to protect the privacy of the individual, James’ office said.

DeRosa recalled in her interview released Monday that she confronted Andrew Cuomo during a road trip about the allegations. She told investigators that after a prosecutor emerged, they decided Cuomo would no longer stand alone with younger staff.

Asked about her exchanges with Chris Cuomo, DeRosa testified: “I talked to Chris quite regularly. He was on some calls, as we did, and he advised us on how to respond.”