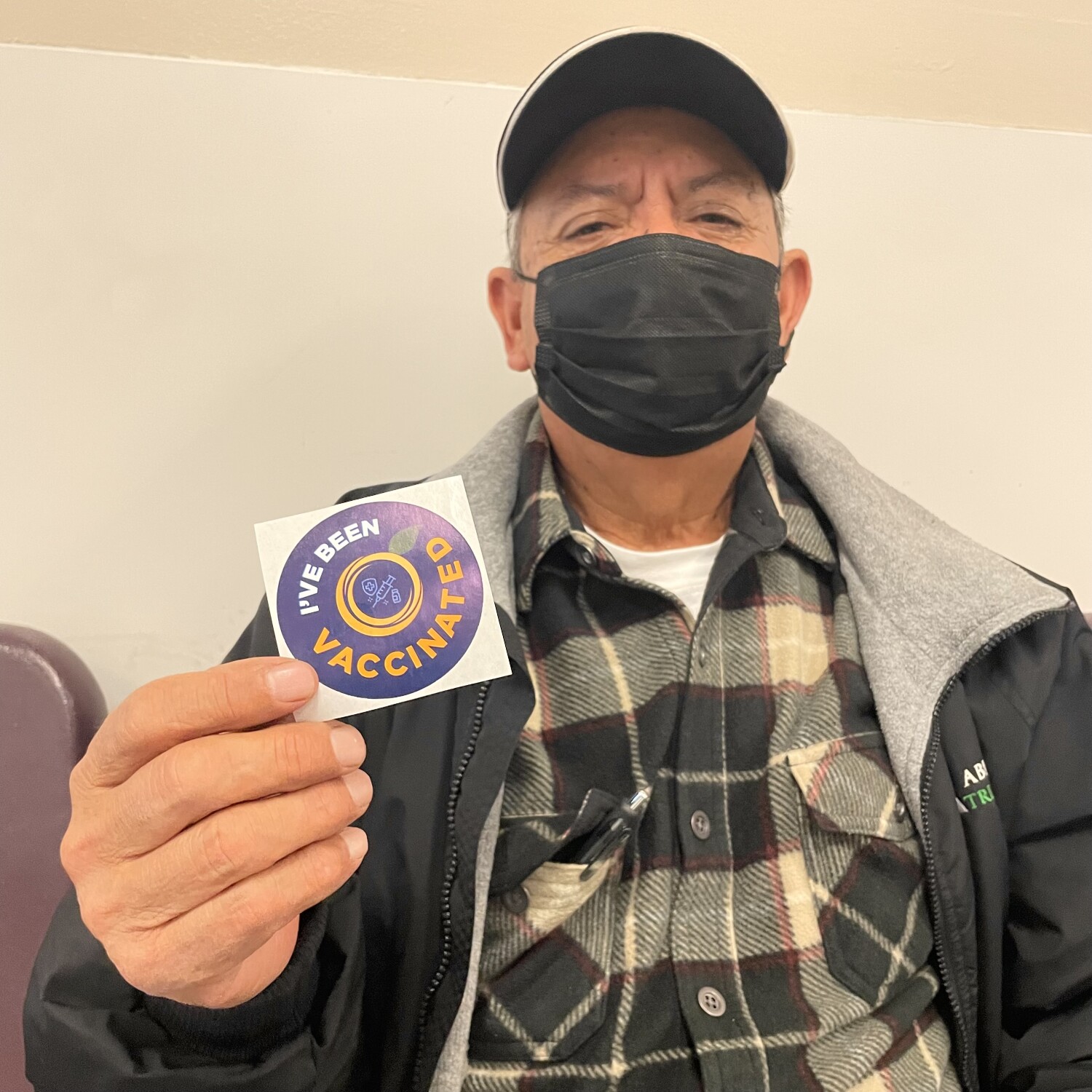 As 2021 ends much like 2020 – fierce economic inequality, political unrest, hospitals filling up with COVID-19 patients as the reach of the pandemic affects us all in one way or another – we all need some hope in the coming year . We all need a hero on whom we can set our 2022 compass.

We all need my father, Lorenzo Arellano.

Of all columns I did it last year, no one got more feedback than the one I wrote back in February about how I convinced my papi to get vaccinated. As I shared at the time, he was once the king of pandejos – the Mexican Spanish term for covidiots. Throughout most of 2020, he would not wear a mask, would not take social distance, and insisted he would never get the COVID-19 vaccination because – choose your corona conspiracy – the shot contained Bill Gates-created microchips, killing men and was not necessary if you had a positive outlook on life that he had.

It was a miracle for God that Lorenzo Arellano did not get COVID-19. I feared Papi would die of COVID-19 because of his pandejismo, and would live on in my memories, not as the man who taught me the value of hard work, but as the fool who encapsulated these times we live in.

Luckily, as I revealed in my column, my dad turned around. Not only did he get his first shot, he also got his second. Hundreds of readers reached out with gratitude for sharing my father’s example, one that they used to convince pandejos in their family to take the plug.

As 2021 went, I figured my dad would fail his guard on the assumption that being fully vaccinated was all he needed to get back to normal. But Papi kept surprising me. I always smiled when I borrowed his Toyota Corolla from the 90s during the summer and found face masks hanging from the turn signal. I would find Papi wearing them all fall in his home in Anaheim when I visited him, with the windows open in the dining and living rooms to ensure ventilation.

So when Omicron started blazing all over the world this winter, he needed no conviction when I told him we needed to make time for his booster shot as soon as possible.

2021 was a year of fatigue and unfulfilled promises. That was when we had to move on from Trump, from the coronavirus, and all the problems 2020 had caused us. So far, it looks like 2022 will offer more of the same in the immediate – and probably long-term – future.

That’s why I’m going back to my dad. The coronavirus humiliated him in a way that few things have done. It affected too many unvaccinated people in his life – a cousin killed, a nephew who became incapacitated, a neighbor’s daughter seriously ill, members of his Alcoholics Anonymous lost – that he could stick to backward faith.

When Papi realized that radical individualism would not defeat the disease – that each of us has a role to play in fighting the cursed disease – he made sure to do his part. And if a stubborn rancho-libertarian like him can reform in the worst of times, so can others.

We planned his booster shot in the Santa Ana department of the Social Security Administration, where I had received mine in early December. Then there were so few people in line that I was able to get mine half an hour earlier than planned. I asked the workers as I walked if people were being boosted. Not really, they told me, but the hope was that the crowds would line up when people realized that Omicron was genuine.

The crowds had still not formed a few days before Christmas when I accompanied my papi to his appointment. We had barely sat outside to wait for our turn when someone told us we were going to get in.

Papi was so ready that he showed up before me. He did not cultivate a Stetson as the last time he was vaccinated, but he brought me one stew (stew) of potatoes, serrano and tomatoes to take home. The only question he had this time when we walked in was, why was this disease called Microsoft? I feared he had succumbed to COVID-19 conspiracies in the few hours since I had last spoken to him. Then I realized he was confusing it with Omicron.

We entered a room filled – but not packed – with Latinos and white people of all ages ready for both boosters and first time visits. There was no violent presence of despair or uncertainty as earlier in the year during the first round of vaccinations. This time, those of us present knew that vaccines worked and were there to protect not just ourselves but others as well – yes, everyone except the Orange County Sheriff’s Deputy who walked around with his mask under his chin.

My father was a businessman. He proudly told the person who filled out his vaccination card that he was happy to be there. He ignored the white nurse who was trying to flirt with him and instead asked about any possible side effects. When someone told me to put my smartphone away when I tried to take a picture of my dad, my dad said I should do it anyway – if a picture could help convince others, like my previous post if he did, then perhaps we could do some trouble. few were worth it.

I took his picture in the waiting room instead as we talked 15 minutes down to see if my dad could now download Excel by blinking his eyes.

I told my dad that the booster was still not the end of COVID-19, but it was a step forward. I said I should continue to wear a mask because breakthrough infections among the vaccinated remain possible – but that the people who appeared to be the most ill remained the unvaccinated.

“How unfortunate that they are not vaccinatedsaid my father. How sad that people are not being vaccinated.

A week after his booster, I accompanied my dad to a funeral. Everyone was masked, but he made sure to sit at the very back so he could sit close to an open door.

My father remains too proud and stubborn – too macho – for his own good. He is not near a perfect person. But the best heroes are those who do the right thing in spite of themselves, learn the mistakes in their ways while doing it, and then others learn the experiences they have learned.

If Lorenzo Arellano can know and practice this, pandejos in your life have no excuse. But do not take it from me.