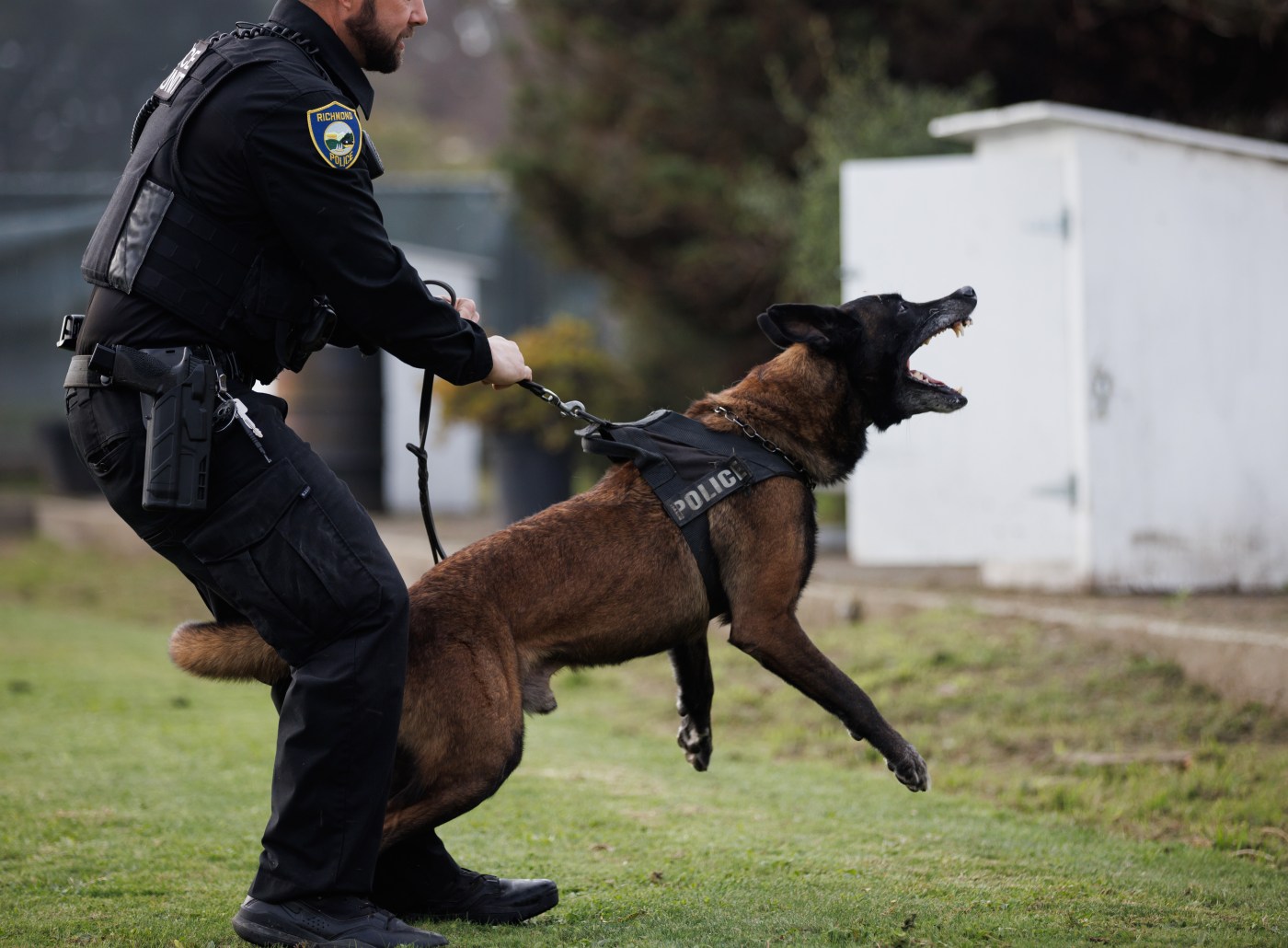 Weeks after this news agency’s study of records revealed that the Richmond Police Department’s canines injured 73 people through their bites over the past six years – more than half of all injuries reported – a police monitoring group discussed the article’s findings but did not call for changes to the protocol.

In a special meeting Wednesday, Richmond’s The municipality’s police reporting commission, who is authorized to investigate allegations of excessive or unreasonable use of force by the department, reviewed the news item and the department’s use of police dogs.

Many of the commissioners questioned the number and severity of the damage and expressed frustration that the bites never came up in previous meetings.

But police officials who attended the meeting defended the use of K-9 units, arguing that dog bites are less deadly options for apprehending criminals than shots.

Acting Police Chief Louie Tirona said only 45 people were bitten out of the 620 times police dogs were brought out since 2018, accounting for 7% of all interactions.

While receptive to further investigative sessions on his officers’ use of police dogs, he complained that the data in the news report did not paint a comprehensive picture of all dog activities and instead focused solely on violent incidents.

“We believe our use of canines is well within the best practices in the industry,” Tirona said. “I regret every bite that occurs, but every single one of these has a warning that has gone before, and I want the test subjects who are wanted for crimes to submit.”

After being sued by the Bay Area News Group and its media partners, the police department released records showing that it caused significant damage 122 times over a six-year period, and dogs accounted for more than half. On average, police dogs have arrested one suspect of violence every month since 2014.

An analysis of the records also showed that police dogs were four times more likely to cause major bodily harm than Tasers – one of the department’s other most common forms of power. And out of 65 police reports that noted race, more than half of the bitten people were described as black, despite accounting for only 20% of Richmond’s population.

Still, the president of the Richmond Police Officers Association, Benjamin Therriault, did not cut order when he criticized the Bay Area News Group’s article, describing it as a “hit piece” made to “create a hysteria.”

“Over six years, it’s actually low to get that number of dog bites – it’s incredibly low,” Therriault said, adding that his own arm was “filleted” years ago from a police dog bite that required 20 stitches. “These comparisons were hyperbole on a statistical level. I think we’d rather have (dog bites) than shoot people, which would definitely happen. The use of dogs has been a lifesaver and it should not be an excessive reaction , especially when the RPD was the one releasing information, which created that problem. “

Randy Joseph, chairman of the Community Police Review Commission, said he was less concerned about the news article than about the interruption and lack of conversation about such events when they occur.

“The fact that someone outside the community has to sue the city to find out what was done, I think that’s where the mistake is,” Joseph said. “PD did not share it with us first. If you want us to meet, come to us and say: ‘We are not perfect’ and get public participation. The community will be concerned about this and they want to be a part of how they are monitored. “

While one of the commission’s tasks is to review the practice and policies of the police department and give advice to the city council, the mayor and the chief of police, it used Wednesday’s meeting to generate a discussion on the dog bite issue, but recommended no action.

However, the Commission discussed the possibility of changing the definition of “serious bodily injury” from requiring 72 hours of continuous hospitalization to at all. The distinction is important because cases involving serious bodily harm must be brought to its attention.

Commissioner Marisol Cantu lamented that people injured by dog ​​bites did not take part in the discussion, arguing that theirs would be important voices in assessing the need to change practices.