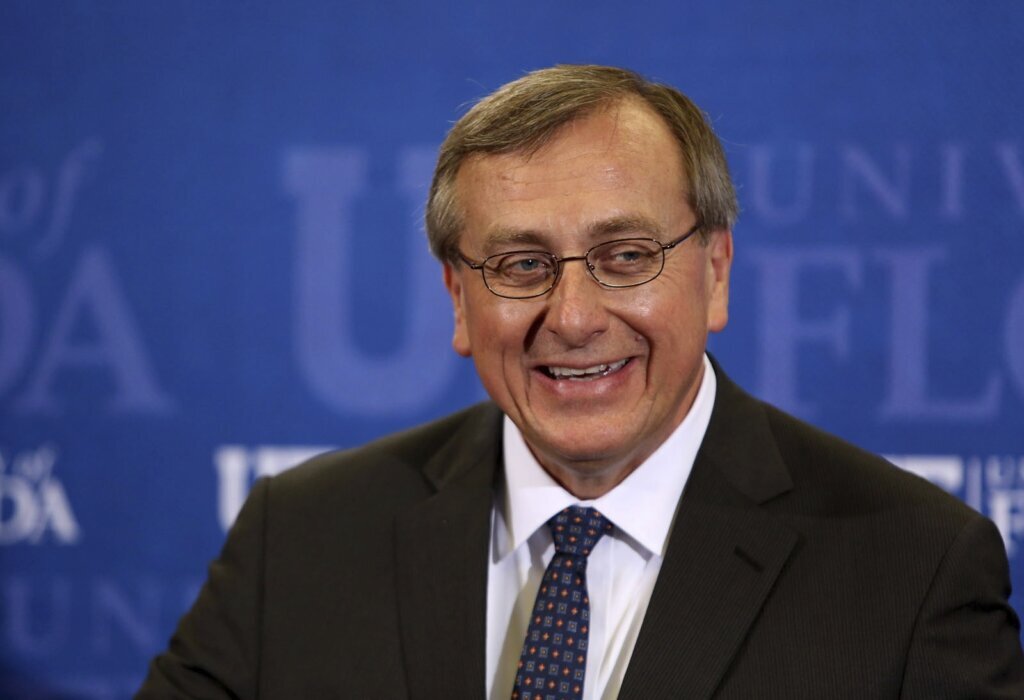 ORLANDO, Fla. (AP) – University of Florida administrators told faculty members they could not use the words “critical” and “race” together …

ORLANDO, Fla. (AP) – University of Florida administrators told faculty members they could not use the words “critical” and “race” together in the description of a new study, for fear it would antagonize state lawmakers considering a bill to ban critical race theory in the state government, according to a complaint filed by the faculty association last week.

During a meeting with the College of Education faculty in October, an associate dean said the graduate school would not approve of anything with the word “critical” in the title of a curriculum initiative to investigate race and anti-racism.

Faculty members concluded that Paul Duncan asked the college “to change the name of a proposed concentration entitled ‘Critical Study of Race, Ethnicity, and Culture in Education’, presumably to a title less offensive to the Florida legislature,” it said. lodged complaint. by Christopher Busey, an associate professor who said he was threatened with discipline if he used the words “critical race” in his curriculum design.

The complaint seeks to stop the university’s attempt to “eliminate and / or launder” critical race theory from the curriculum.

The theory is a framework of legal scholars developed in the 1970s and 1980s that centers on the view that racism is systemic in the nation’s institutions and serves to maintain the dominance of whites in society. Many conservatives are protesting against critical race theory, especially in primary education. They argue that it is a divisive ideology because it divides society into oppressors and oppressed based on their race, and sees it as a form of neo-Marxism derived from critical theory.

Administrators told College College of Education members that they would support a title that says “‘studies of race,’ but not critical studies of race,” the complaint said. “The requirement that the faculty remove ‘critical race’ from their curriculum under threat of discipline discriminates against the faculty on the basis of the content of the material.”

Brouhaha over using the words “critical race” is the latest accusation in recent months that University of Florida administrators have curtailed academic freedom to appease Florida politicians. In October, the university banned three professors from testifying in a lawsuit that challenged a new election law that critics believe restricts the right to vote. A school official said such a testimony would put the school in conflict with the administration of Florida Republican Gov. Ron DeSantis, who pushed for the election law. The university reversed that decision last month.

In response to a query about the case from an accreditation agency last week, the university said it was not subject to external influence when making decisions about professors’ testimony, including from the school board. More than half of the university’s trustees are appointed by the governor.

“These actions were not influenced by entities or individuals outside the university’s established operating system,” the university said.

Tensions between the College of Education faculty and university administrators had been rising for several months, with administrators from the Provost’s Office having discussions with professors about two recent bills from the Florida Legislature, the complaint said.

The first bill, which was signed by DeSanti last summer, requires state universities to make annual assessments of whether there is “diversity of views” and intellectual freedom in their schools. The second bill, introduced in September by a Republican lawmaker from the Space Coast, would ban the use of critical race theory at all levels of the Florida government.

In September, associate dean Chris Hass met with faculty members to discuss curriculum initiatives on race and anti-racism that had “attracted the attention of university officials.” Hass told faculty members that the college was viewed positively by the state and that administrators recommended “avoiding any problem that could jeopardize the relationship,” the complaint said.

In a statement, after receiving Busey’s complaint and supporting documents from The Associated Press, the university said any complaint was confidential and that the school was unable to publicly acknowledge whether one had been filed.

“However, the information in the documents you have provided contains a number of inaccuracies and we will process them through the relevant processes,” the statement said.