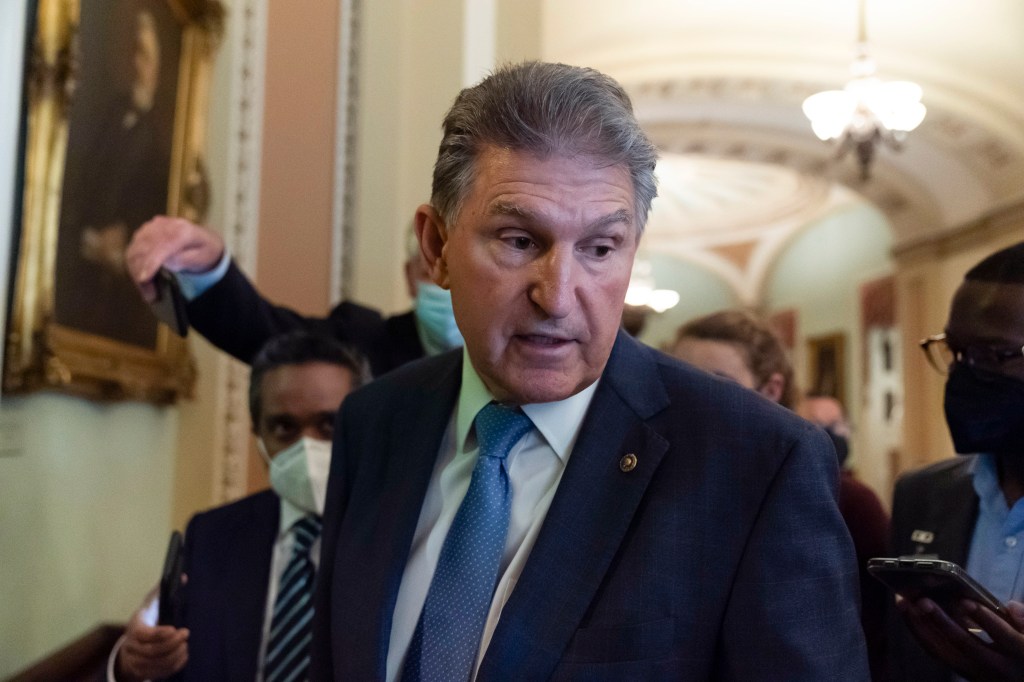 Senator Chuck Schumer, the majority leader, has stated that he plans to schedule a vote on Wednesday to open debate on a new suffrage proposal, freedom to vote.

The bill would set national standards for early voting, extend voting by mail, allow the use of multiple forms of voter identification, make election day a federal holiday, and introduce measures to counter voter repression tactics. It would also automate voter registration, force states to allow voters to register on election day, and offer protection measures against voter cleansing. Finally, it would revise parts of the campaign’s financial system, ban partisan gerrymandering and prevent politicized removal of election officials, among other changes.

This is a compromise proposal, but it is still a good bill that would go a long way toward protecting the country’s electoral system and preventing Republicans around the country from introducing a new election, Jim Crow.

West Virginia Senator Joe Manchin – who opposed an earlier, bolder version of the bill and who is opposed to getting rid of the filibuster – helped draft the compromise version. He has now invested. (This was a wise tactical move by the Democrats, I must say.) Manchin is lobbying the Republicans to support the bill – to no avail unfortunately.

The bill is unlikely to get the 60 votes – all 50 Democratic senators as well as 10 Republicans – to overcome a Republican filibuster.

What happens when Republicans filibuster the bill? Will Manchin be willing to drop a bill he helped write? Or will he change or remove the filibuster?

This is a moment in a generation, a crucial element for the very survival of the country as we know it.

At a rally in Iowa last week, Trump said of his election lie: “And I’m telling you, the single biggest problem, as bad as the border is, it’s awful, awful what they’re doing. They are destroying our country. As bad as it is, the single biggest problem, the question that gets the most, the most features, the most respect, the biggest cheers talk about election fraud in the 2020 presidential election. No one has ever seen anything like it. ”

The last line may very well be true.

According to the Brennan Center for Justice, “19 states have passed 33 laws since January that will make it harder for Americans to vote,” making 2021 an “unprecedented year” for these bills. And it was just them who went. As the Center pointed out, “More than 425 bills have been introduced with provisions restricting the voting rights of 49 states in the 2021. Legislative Assemblies.”

This season of repression should not be considered as a single proposal. It is very likely the beginning of an era of oppression – unless Congress intervenes.

Republican lawmakers right now are drawing distribution cards that lock in their benefits, by drawing districts that distribute white voters and disadvantages non-whites – just take a look at what’s happening in Texas. The road to the Democrats’ maintenance of control of both the House and the Senate was already difficult, but with widespread voter repression, the path looks even more frightening.

If Trump decides to run again in 2024 (and he already suggests he will), oppression of voters will increase his chances of winning. With Trump back in the White House, a Republican Congress would be able to federalize voter repression. (If they were in the position the Democrats are doing now, they would not seek to eliminate the filibuster to have their will.)

Republican groups are already working to draft legislation so they have it ready to introduce in Congress if Trump is elected. Brooke Rollins, president of the America First Policy Institute and a former political director of the Trump White House, recently told Politico that “if we do our job right, we will have a package of model laws” to bring federal policy into line with restrictive states’.

For Democrats, this suffrage proposal is a top priority, but from now until something is adopted, it should be the only priority. At another time, I would think that the infrastructure and reconciliation bills should take precedence. It is impossible to argue that we do not need these things. It is also impossible to argue that many of the provisions would not disproportionately benefit poor people and black and Spanish people.

Protecting voice access is the only thing that matters right now.

Charles Blow is a columnist for the New York Times.