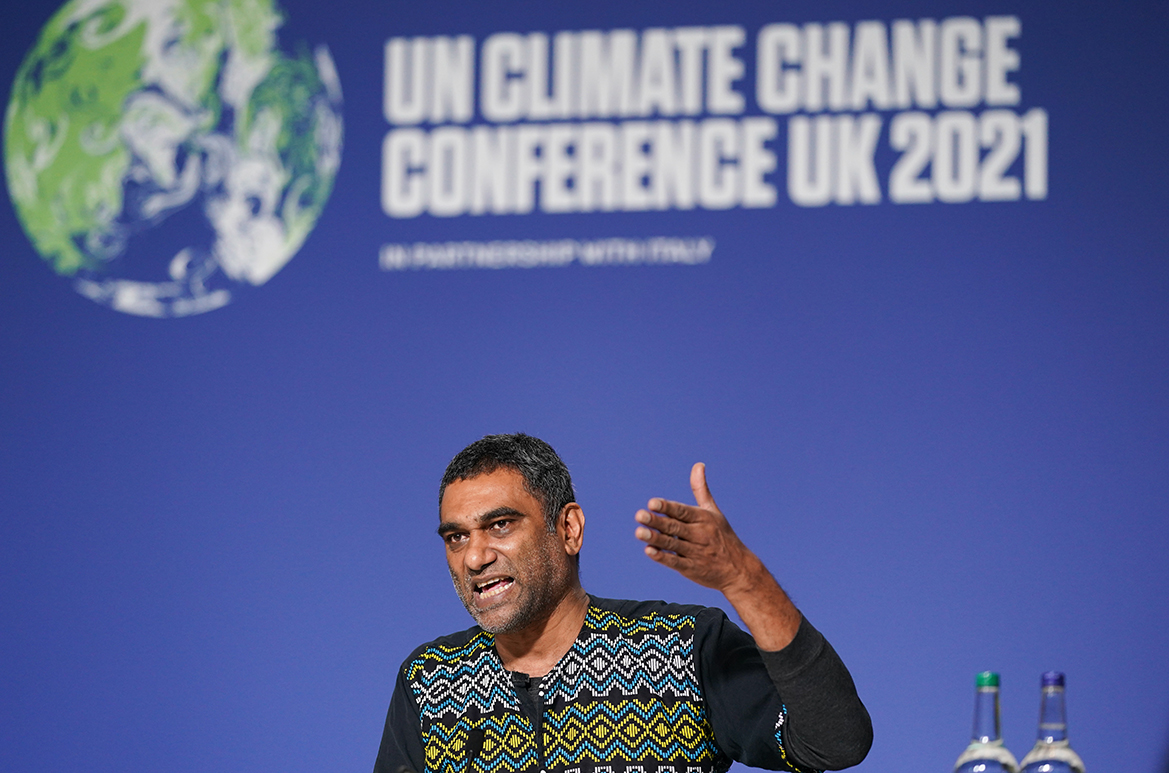 GLASGOW – Negotiators at COP26 could not agree overnight on a goal of providing climate finance to developing countries, a push that will color the final hours of negotiations.

The latest draft text released Friday morning talks about a new goal of financing after 2025, a must-have for countries that want to include a financial commitment for developed nations. But the negotiators struggled to agree on designing the structure to set this goal, leaving a major task to conclude the negotiations.

“As of last night, the financial agenda was the most challenging,” said Yamide Dagnet, director of climate negotiations at the World Resources Institute. “We have to wait a bit.”

Funding has been a key issue from the start of COP26 and will remain so as it nears its end. Developing countries have argued that in the past, vague commitments to scale up or improve funding were irresponsible and voluntary measures. This is why they are pushing for specific processes in the text, which they say will help put pressure on developed nations to honor previous promises.

Developing countries secured a provision calling on rich countries to at least double climate finance for adaptation by 2025. It also emphasizes that funding should seek to strike a “balance” between mitigation and adaptation efforts. Currently, only about a quarter of the funding goes to adaptation, which is difficult to finance in the private market, while the rest goes to emission reduction projects.

A push for developed nations to raise funds for loss and damage – money to compensate people for enduring climate damage as a result of the rich world’s past greenhouse gas emissions – received a boost. The text “encourages” developed nations to offer “enhanced and additional support” for losses and damage, and also calls for technical assistance to affected countries.

A senior U.S. official said Washington could support such a move in terms of technical assistance, reflecting a shift in the position of the world’s largest economy, which has historically rejected losses and damage to funding.

The language of the latest draft “requests” instead of “encourages” countries that had not done enough to update their climate commitments – known as nationally determined contributions (NDCs) – to do so by next year while “taking” different national circumstances “- a nod to smaller developing countries that should still keep pressure on large emissions such as China and Mexico to reconsider their efforts. But a group of mainly emerging economies, including China, India, Indonesia and Saudi Arabia, protested against the US and EU-backed concept.

Dealers also adjusted the language to phase out subsidies for fossil fuels and coal-fired power plants. The fossil fuel has annoyed nations like Saudi Arabia that tried to remove the pressure and is likely to remain a fault line.

The section now reflects the language agreed at the G7 and G20, and calls for stopping “undiminished” coal – meaning power plants lacking technology to prevent emissions from escaping into the atmosphere – and “inefficient” subsidies.