Cricket Australia (CA) says the organization “sent the wrong message” with its management of the 2018 investigation into Tim Paine’s role in a sexting incident, admitting he should have been removed as men’s Test captain at the time.

Paine announced Friday that he was stepping down from the role, after revealing that he was involved in a text message exchange with a female former employee of Cricket Tasmania in late 2017.

He was approved by CA after their 2018 investigation.

CA chairman Richard Freudenstein, who was not part of the organization in 2018, spoke to the media on Saturday afternoon.

Freudenstein said that if the current CA board had been in place three years ago, it would not have approved Paine as the men’s test captain after the investigation.

He said the CA should also have spoken publicly about the investigation at the time. 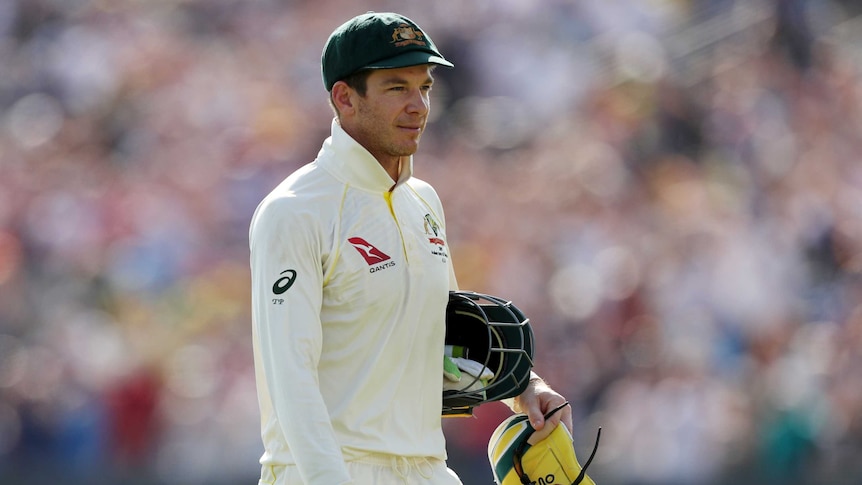 Former players are questioning the governing body’s handling of the incident, which has led to Tim Paine retiring as the Australian men’s Test captain ahead of the Ashes series.

“None of us – (CA CEO) Nick Hockley or myself – can speak directly to the 2018 decision-making process,” Freudenstein said.

“This includes being able to provide further insight into how the original judgment was made, that Tim’s conduct did not violate the Code of Conduct, and that it did not warrant further disciplinary action.

“Again, although I can not talk about the initial decision-making in 2018, what I can say is that faced with the same circumstances and with the benefit of all relevant information on this matter, Cricket Australia would not make the same decisions in day.

“I recognize that the decision clearly sent the wrong message to the sport, to society and to Tim – that this kind of behavior is acceptable and without serious consequences.”

Freudenstein said it was his understanding that CA staff had become aware of the investigation at “different stages”.

He said the current board was “up to speed with this issue last week”.

Freudenstein said he had been made aware of the investigation when he joined the CA board in 2019.

“I had a very short conversation where I had been informed that there had been an incident with Tim some years earlier,” he said.

Hockley, who became CEO of CA last year, said he was aware that a study of Paine’s conduct had been conducted and that “the case had been closed”.

He said he first learned more about the incident last week when CA was contacted by a media outlet.

“I received the investigation report on Wednesday night last week, and at that point I was assessing the full details myself,” Hockley said.

Freudenstein said Paine, whom he described as being an “extraordinary leader” during his tenure as test captain, had agreed to resign after speaking with the CA board.

“When this issue came up again last week, there were a number of discussions with Tim and Tim came to the conclusion that it was best for him, his family and Australian cricket to resign and we support that decision. ,” he said.

Paine was due to line up for the University of Tasmania cricket club today against South Hobart Sandy Bay, but the match at the Queenborough Oval was canceled due to rain.

The Paine scandal is a mess in Cricket Australia How and why, in the wake of the Sandpapergate failure, did Cricket Australia appoint a Test captain with such a damaging scandal hanging over his head?

Paine was surrounded by media cameras as he left the ground after the match was canceled. When asked how he was doing, he said, “I’m not talking today, sorry mate.”

Earlier in the day, Ben Harrison, the university’s high-ranking manager, confirmed that Paine was on the chosen first-class side and said he had spoken to the former Australian captain.

Asked how Paine was doing, he said: “[He’s] all right, looking forward to playing today.

“History tells us that every time Tim Paine is available, he plays for the university, it’s his home, and it’s the club he loves to represent.”

Paine represented the team last year as they won the first-class final and the one-day final.

“He’s a big part of our club,” Harrison said.