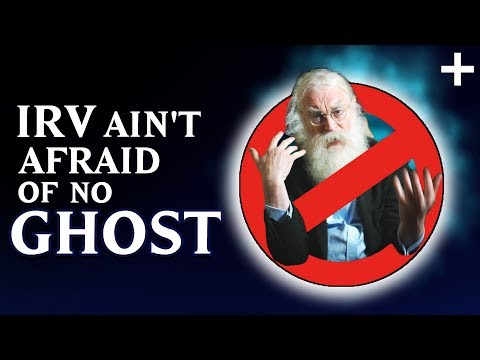 A 3,500-year-old Babylonian tablet that had been housed in the vaults of London’s British Museum since the 19th century appears to have include the earliest depiction of a ghost according to a forthcoming book.

The discovery is mentioned in The first ghosts: The oldest of inheritance, authored by Irving Finkel, curator of the British Museum’s Middle East Department. According to Finkel, the long-overlooked clay tablet has a blurred drawing that can only be seen from above, under bright light.

“You would probably never think about it because the area where the drawings are, there seems to be no writing,” he said. Guardian in an interview. “But when you examine it and hold it under a lamp, those figures leap out towards you through time in the most sensational way.”

The drawing on the tablet depicts a bearded male ghost being led to the underworld by a younger woman, possibly a lover. It belongs to a cuneiform guide to exorcism that has never been shown in public, and half of which are missing.

“It’s obviously a male ghost, and he’s miserable,” Finkel said. “You can imagine a tall, thin, bearded ghost hanging around the house, people got on their nerves. The final analysis was that what this ghost needed was a lover.”

“You can’t help but imagine what happened before. “Oh God, Uncle Henry is back.” Maybe Uncle Henry has lost three wives, ”joked Fickel. “Something that everyone knew was that the way to get rid of the old villain was to marry him off. It’s not imaginative to read this in. It’s a kind of explicit message. There is very high quality writing there. and immaculate drawing. ”

The back of the hand-sized tablet has a text with instructions for handling a ghost that “grabs a person and pursues him and cannot be released.”

The exorcism ritual begins with making figures of a man and a woman, with specific instructions in the text: “You dress the man in an everyday guard and equip him with travel supplies. You wrap the woman in four red robes and dress her in a purple robe. You give her a golden brooch. You fully equip her with bed, chair, mat and towel; you give her a comb and a flask. “

Next, the ritual involves tubs of beer and induction Shamash, the Mesopotamian sun god and judge of the underworld.

“At sunrise you make the ritual arrangements and set up two carnelian vessels with beer,” reads the cuneiform. “You put a special vessel in place and set up a juniper incense vessel with juniper berries. You draw the veil like the soothsayer. You [put] the figures together with their equipment and place them in place … and say as follows: Shamash [god of the sun and judge of the underworld by night]. “

The text ends with the ominous warning: “Do not look behind you!”

According to Finkel, the purpose of the ritual was to transfer the ghost to one of the figures. He believes the tablet belonged to a magic library in an exorcist’s house or in a temple.

In a video from the British Museum from 2018, the scholar explained that Mesopotamian funeral rites ensured that the dead are “joly well locked inside and would not come back and create trouble.”

“Everyone in Mesopotamia, as far as I understand, believed in ghosts,” he added, explaining that people from the period felt sympathy for wandering spirits who were unable to find rest.

When asked if he would attend a session himself, Finkel agreed without hesitation and said, “I would like to see a ghost. I have never seen one. It is very annoying to me.”

In Philadelphia, a series of solo shows delve into the interdisciplinary practice of graduates whose work explores identity, family ties, political constructions, and the fragility of nature.

Despite the apparent abstraction of his work, Sheroanawe Hakihiiwe insists that “I do not invent anything, everything I do is my jungle and what is there.”

David Uzochukwu, Kennedi Carter and Kiki Xue are among the 35 artists whose work will be shown online and at the festival in Milan, Italy.

The things art dreams are made of.

Jane Schoenbrun talks to Hyperallergic about We’re All Going to the World’s Fair and about making the internet cinematic.

To do so before returning the Maqdala treasures and the Benin bronzes and the statues of Easter Island and the Maori heads before a coherent set of decolonization regulations has been formulated would confirm the wrong principle.

The new generation of artists and curators are eager to explore alternative organizations and tackle current social inequalities and problems.