DC officials defend the decision to drop the mask mandate: 'Does not change course' | MCU Times Skip to content 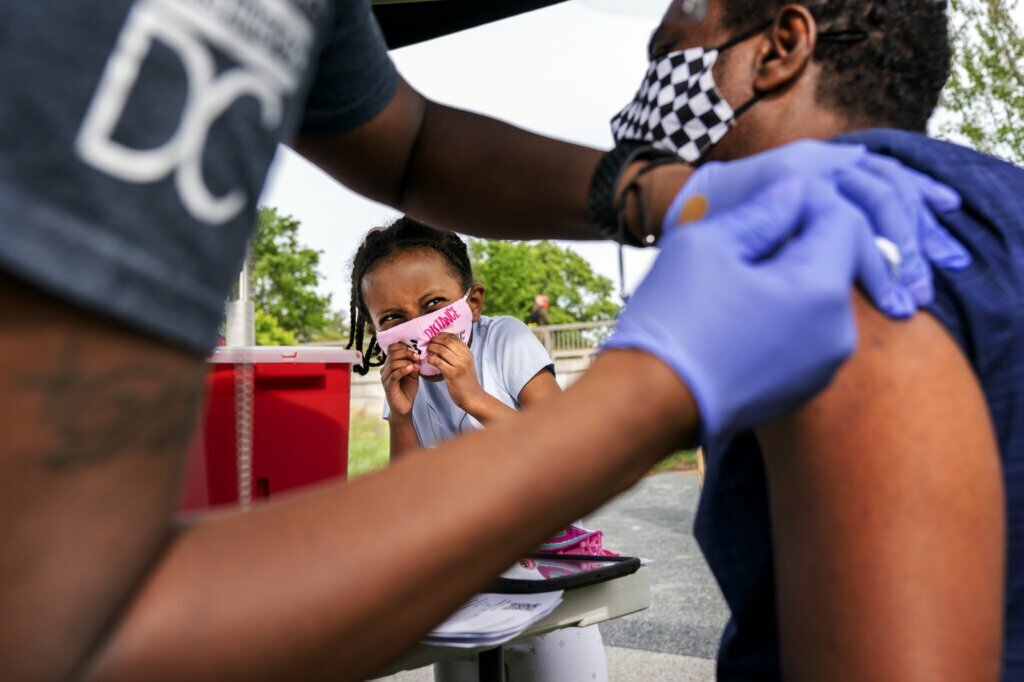 DC officials defended Mayor Muriel Bowser’s decision to end the district’s mask mandate during a call Friday after a majority of city council members asked for it to be put in place.

DC officials on Friday defended Mayor Muriel Bowser’s decision to end the district’s mask mandate after a majority of city council members asked for it to be put in place.

“I understand the concerns and concerns,” City Administrator Kevin Donahue said during a call with council members, adding that DC “is not changing course for several reasons.”

The city administrator said they have seen an increasing number of vaccination rates: 87% of all eligible residents of DC have received at least one shot, and 68% are fully vaccinated, according to Donahue.

DC’s decision to drop the mask mandate comes as neighboring Montgomery County in Maryland reinstates theirs on Saturday.

Donahue said nearby Virginia counties do not have mask mandates, and neither do other Maryland counties.

“As far as I understand, there are five states that have a universal mandate for indoor masks; there are 45 that do not,” he said, adding that some have mandates for unvaccinated people. “So there are differences … both nationally and regionally. “

Patrick Ashley, with DC Health, said “public health is a science, but it also has some art in it.”

“And that art is really about balancing political priorities and understanding what the risk is in society. What (is) the behavior we see in society? Things that can not necessarily be quantified by a metric. “

Ashley said DC looks at society in terms of behavior and policies, as well as the overall approach to the mandate, not just polls. He quoted “whiplash” over Montgomery County’s solution and then tightening its mask mandate, saying “it has caused some confusion.”

Ashley said the current guidance on the Centers for Disease Control and Prevention is a recommendation to wear masks indoors in areas with significant transmission – not a mandate.

“It’s a ‘should’, not a ‘must’.… And so what we’re saying now is not that we do not support masks; look at their risk and also should wear masks in the community, ”said Ashley.

He added that he still wears a mask in public, as does DC Health Director Dr. LaQuandra Nesbitt does.

Ashley said it was about balancing “all the different components of the public health response. And some of that public health reaction also has to do with consumer fatigue. We also know that while some feel very strongly about wearing masks, a large part feels of the population very strongly over not wearing a mask. And then trying to balance it all together is how we came to the decision we came to. “

At-Large Council member Elissa Silverman said she disagrees with Bowser’s decision to end the mandate, given its broad scope.

“I think we need to protect the most vulnerable, and I disagree with the mayor’s approach here. I do not disagree that there should be flexibility. I would like to make that clear. But I disagree that I think That this way really puts some people at risk, “Silverman said.

At-Large Council member Robert White also questioned the decision, asking why the mandate would be lifted if the pandemic is still ongoing.

Ashley said the pandemic is in a “deceleration phase” and likened the presence of COVID-19 to being closer to the flu.

“At some point, the masks have to come off, and interventions have to fall because society has to continue … in its normal sense,” Ashley said.

Mary Cheh, representing Section 3 of the Council, retaliated against the decision:

“I just think the timing for this was completely wrong,” Cheh said. “I mean, we’re about to go into this holiday season; people want to travel. And the numbers are still not within … the CDC’s guidelines on community dissemination. At the same time, there is an expectation that there will be an increase when winter comes. ”

She cited the “roller coaster ride” in Montgomery County and said DC should have waited to drop the mandate until after the holiday.

DC has a ‘conservative’ approach to childhood vaccinations

Ashley, with DC Health, said the district is taking “a very conservative approach” when it comes to getting children vaccinated against COVID-19 after students in Montgomery County, Maryland, as well as Loudoun County, Virginia, got the wrong ones doser.

He cited both incidents as examples “where mistakes have been made.”

“And so as such, we’re not mixing products in the same place right now,” Ashley said. “So that means there is no adult Pfizer on site when we hold 5- to 11-year-old clinics, just to make sure we make sure everything is safe.”

Ashley added that there is flexibility as to where parents can get their child’s second dose of the vaccine, but “we ask people to return to the first place at the same time if possible, but we understand that it is not always possible. ”

More information on where to get vaccinated is online.