In DC’s I Am Batman # 5, Jace Fox’s Next Batman decides not to follow in the footsteps of Green Lantern John Stewart in one crucial way.

Warning: The following contains spoilers from I Am Batman # 5, for sale now from DC Comics.

The biggest challenge for DC’s newest Batman, Jace Fox, has been proving that he can step out of the shadows cast by others. While many have stepped into the role of Batman before (including Dick Grayson, Jean-Paul Valley and even Commissioner Gordon), they each served as temporary placeholders for Bruce Wayne. Similar to John Stewart’s introduction in 1972 as a placeholder for Hal Jordan in Green lantern series, there is an expectation that anyone wearing an iconic cape will not last long in the role. Like Stewart (who struggled for years with his identity as a superhero in the shadow of Hal Jordan), some might have expected the same from DC’s new Batman. However, I’m Batman # 5 (by John Ridley, Christian Duce, Juan Ferreyra, Laura Braga, Rex Lokus and Troy Peteri) proves that Jace Fox is reluctant to just lie down and accept the role of temporary replacement.

The Second Story of the DC Universe, a DC Black Label series, also written by Ridley, examines the history of the comic book universe through the eyes of those historically marginalized by society, and paints a brutal but honest picture of many beloved superhero icons. In the first issue of the Eisner-nominated series (by Ridley, Giuseppe Camuncoli, Andrea Cucchi, José Villarrubia and Steve Wands), special focus is placed on John Stewart and the public perception of him as a stand-in when the “real” Green The lantern, Hal Jordan, was not available. While this was not the intention of his creator at the time, it would be years before John Stewart would step out of the shadow of his predecessor. Perhaps part of Stewart’s struggle was never to get a space that was his own, from which he could grow, and always assumed the same role as Jordan in his appearances.

RELATED: Why DC’s new Batman is already better than the original

Since Ridley knows the history of the DC Universe as well as he does, Ridley moves to separate Jace from the space that Bruce’s Batman once occupied, both physically and mentally. The end of I’m Batman # 5 sees Jace decide to move to New York with her mother and sister, Tam, as his sister begins a long and grueling process of physiotherapy after she wakes up from a coma.

Away from the boundaries of Gotham and its shadows, Jace seems to excel in the iconic cloak of this new setting that is likely to present him with new opponents, new allies and new chances to prove to both the world and himself that he is his own Batman. While most of Jace’s story so far has been a mission of self-discovery and self-acceptance, this new shift probably represents a turning point for this growing character who first stepped out on his own in 2021’s Future State: The Next Batman, also written by Ridley.

Basically, Jaces Batman fights for reasons completely different from Bruces’, operating in a totalitarian Gotham that sneaks further into dystopia. Here, in a city where robbery is banned, he gives hope to the oppressed by fighting the powers that seek to control Gotham through violence and fear. In this busy city, Jace is the Batman that these powers fear. While Bruce fights for a kind of eternal revenge, Jace fights for a kind of reformation, believing that those who turn to crime also deserve the chance to turn away from it.

Ridley has been careful with his build of Jake’s character and recognized that he needs a space that is his own, with a voice and motivation that makes him unique from the most recognizable bearer of Bat-Mantle. While John Stewart really did not get that chance until years later, Jace proves to the audience that this Batman is his. This Batman refuses to be a stand-in or replacement and is in no way inferior to the other Dark Knight, instead he strives to become a titanic icon on his own. 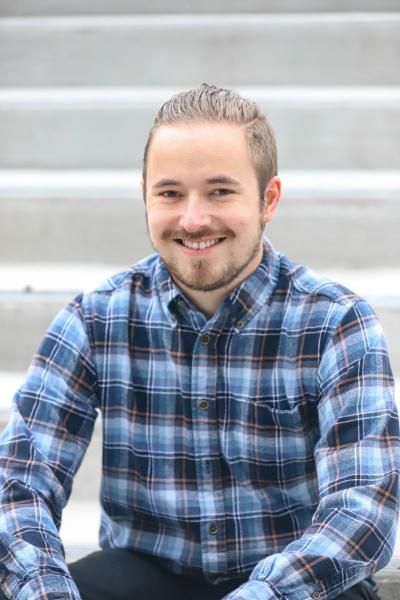 Eric is a Comic Feature Writer for CBR. After graduating with honors from the University of Missouri with a BA in English, he has transferred his deep passion for storytelling to writing about the medium he has loved as far back as he can remember, the comic. If he’s not obsessed with the week’s new stories, he writes about them (while also planning the stories he might one day tell himself). Probably know EVERYTHING too much about Batman to be considered healthy.