I said from the beginning the mediocre, poorly written and critically overrated Broadway musical Dear Evan Hansen would not translate pleasantly to the movie screen and I was right. It’s a cruelly naive, awkwardly directed mess that desperately works to entice film audiences expecting great entertainment or even a little tear-jerker — but instead, it’s one of the year’s saddest disappointments.

Anything that could go wrong manages to do it in spades. Even in the confinement of a small theater stage without constant changes, the serious subject of teenage suicide seemed sad, empty-headed rock tunes cramped and trivial. But somehow the movie screen is too large to accommodate so much anxiety. It opens up the material so people are still singing their heads off, but the same horrible songs are staged everywhere – at the dinner table, in the high school cafeteria, behind the wheel and graveyard tombstone, and across the gym. Predictably, the material goes nowhere and hit endlessly. After two hours and 17 minutes, the film is too long and feels like twice as long. The whole painful experience looks more like an open coffin than a musical.

The small premise that goes for a plot is largely untouched from Broadway. Dear Evan Hansen says loneliness knows no bounds and plays no favorites. Evan is a lousy high school senior, so unsure he’s on the verge of a breakdown. He speaks fast and incoherently, he stumbles over his own inability to form complete sentences, he is intelligent but almost catatonic, just like the savant Dustin Hoffman played in Rain Man. He’s in love with a girl named Zoe, but he’s so ignorant about sex that he would not know how to say hello to her with a gun to his head. His only female companion is his mother, a struggling, overworked nurse who wants to save her son from a dead end, but whose own place in social fabric is so bleak that she does not know where to begin. Awkward, afraid to live, in need of love and a recluse from the world, Evan worries so much that his hands sweat, including the one in the mold after a fall from a tree. He is a neurotic tango of smoldering nerves and stammering sounds whose eyes open into a great abyss like a mental patient, unable to focus on anyone face to face. He is the kind of unfitness that should be touching and sympathetic, but as the game by Ben Platt quickly grows annoying. Mr. Platt won a Tony for the role on stage, but as a 28-year-old playing a 17-year-old, he does not come off the screen well.

As part of his depression therapy, Evan follows his shrinking advice of writing a letter to himself and pouring his problems into a computer. But the letter is stolen by a bullying fellow student with even greater mental illness named Connor who commits suicide. Everyone thinks that Connor wrote the “Dear Evan Hansen” letter and perceived it as a love letter to Evan, and believes that it was left as a suicide note. In the avalanche of intricate mechanical contradictions that follow, Evan gets involved in a campaign to make a martyr out of Connor, wins over Zoe (who turns out to be the dead boy’s sister), gets emotionally adopted by Connor’s family (who mistakenly thinks he is their son’s closest and most intimate friend, to the anger of Evans’ own mother) and turns into a sensation on social media. Instead of clearing up the confusion, Evan enjoys his new status as a celebrity hero and immortalizes a perjury that turns into a detailed hoax, including fake emails that keep him attached to Connor’s family and close to Zoe. With the pretense letters, Evan makes the drug-addicted, vicious Connor a role model for young people whose legacy is accelerating through social media. In a score with one-note, one-dimensional pop-rock tunes with no trace of anything resembling a tune, Evan is joined by nerdy classmates, deceived parents and even Connor himself ghost. The songs are by Benj Pasek and Justin Paul, the same team of hacks who did their best to ruin the movie La La Land (whose score compared to Dear Evan Hansen, sounds like the complete works of Rodgers and Hammerstein).

This pretty much leaves an otherwise game cast to fend for itself. Everyone sings and sings and sings again. Surprisingly, they do well. Amy Adams and Danny Pino, as Connor’s grieving parents, hold their own without any direction by Stephen Chbosky, who anyone could call nuanced, and a script by Steven Levenson that lacks any kind of sophistication or originality. The happiest discovery is Julianne Moore as Evans’ anxious, long-suffering mother. She is as talented a singer as she is an actress. She makes nothingness three-dimensional. Ben Platt, I’m sorry to say, finds no new dimensions to the role of Evan. He does not photograph well, his tenor tremolo grows disgusting, and he fails to elevate a basically unpleasant role to something that is not ridiculous. Let’s face it, Evan Hansen is actually a hateful, self-serving character who becomes a false symbol of peace, tolerance and compassion by using others for his own gain.

In the end, of course, after the consequences of his lies have crashed around him in a wreck of human life, everyone forgives everyone else, and they all feel that they have become wiser by a positive experience. But in my opinion, Evan is not getting any wiser. He grows only low.

Observer reviews are regular reviews of new and remarkable cinema. 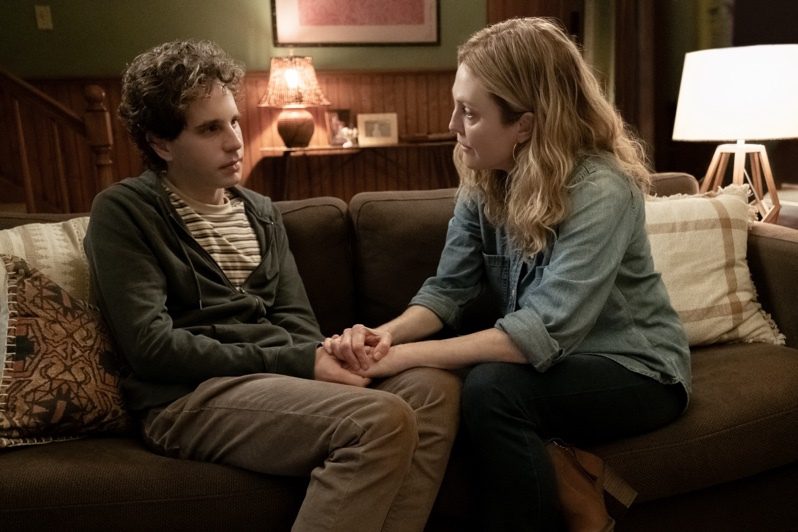