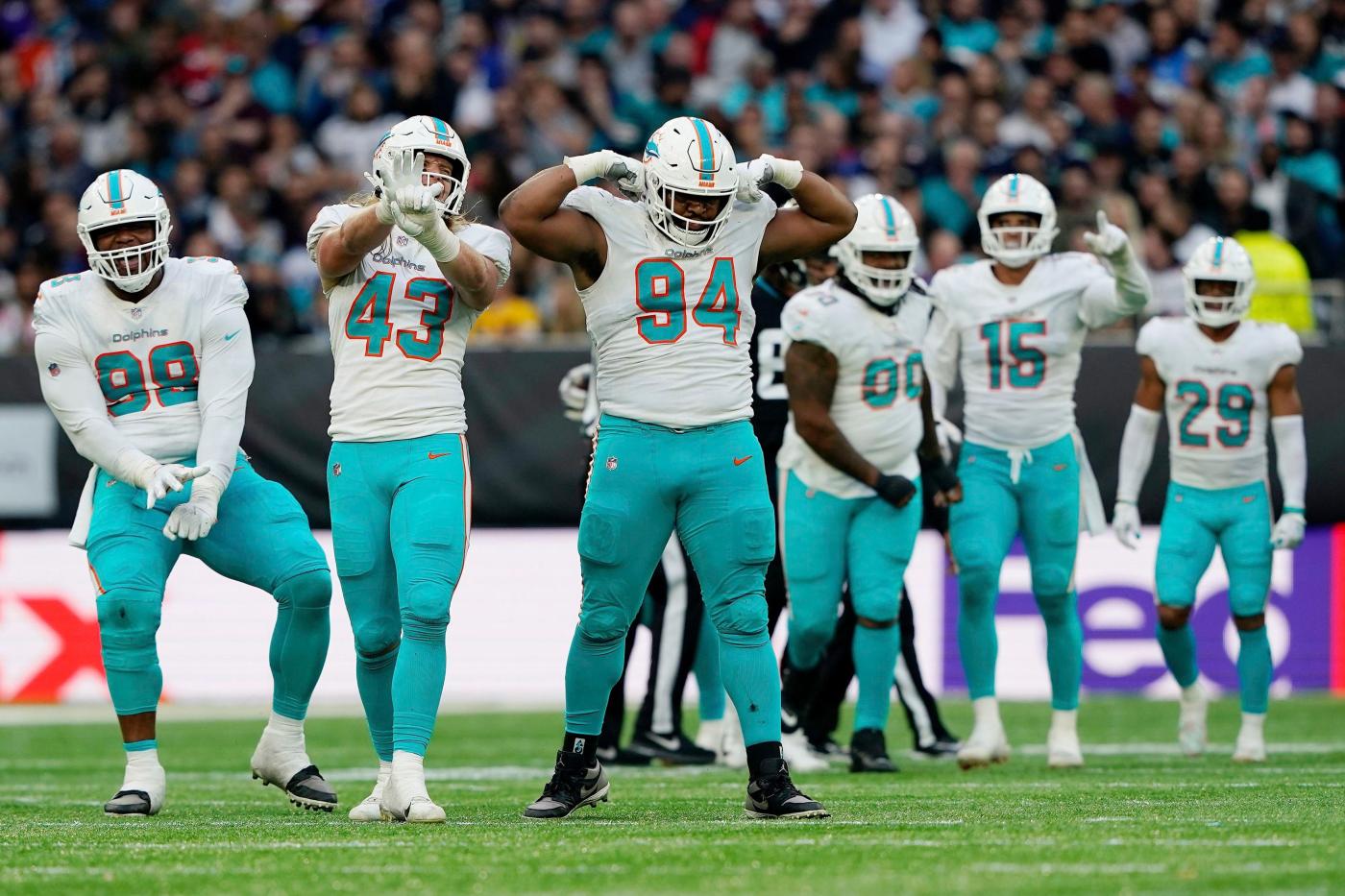 Christian Wilkins has never missed a game due to an injury during his three-year career with the Miami Dolphins, but there is a chance the streak could come to an end this week.

Wilkins, who missed two games in 2020 due to COVID-19, is suffering a calf injury that he likely sustained during Miami’s 22-10 victory over the Buffalo Bills last Thursday.

Wilkins, who has started 36 of the 40 games he has played since the Dolphins selected him in the first round of the 2019 NFL draft, was kept out of Wednesday’s training session. Because Thursday’s training has gone through, it’s hard to assess how much of his injury will affect his performance.

Wilkins, who has contributed 44 tackles, two sacks and forced a fumble, is one of the Dolphins’ most powerful defensive linemen. He is in the midst of one of his better statistical seasons and would be a difficult player to replace due to his positional versatility, which allows 6-foot-4, 310-pounds to play all over the defensive front.

If he’s kept out of Sunday’s game against the New York Jets (2-7), the Dolphins would likely lean on Zach Sieler and Adam Butler to play more snaps. Both have been used as role players in specific packages that usually come into play when Wilkins is taken off.

Butler, who has contributed 13 tackles and one sack this season, is used as a specialist in passes, and Sieler, who has recorded 35 tackles and recovered two fumbles, is primarily used on downs….

The Dolphins swapped backup quarterbacks and replaced Jake Dolegala with Jake Luton on the training squad this week. Dolegala spent a month with the team after the quarterback Reid Sinnett was claimed by the Philadelphia Eagles.

Luton, a standout from Oregon State that the Jacksonville Jaguars selected in the sixth round of the 2020 NFL Draft, started three games for the Jaguars last season and they were all lost. He has completed 54 percent of his passes in 624 yards with two touchdowns and six interceptions.

Luton became available when he was released from the Seattle Seahawks training team earlier this week ….

Miami re-signed security Sheldrick Redwine to the training team, where he takes over the place Jamal Perry, which was raised to the 53-man list to address the probable absence of Elijah Campbell, which is primarily used on special teams.

The Dolphins signed Redwine, a former singles at the University of Miami, to the 53-man roster in late October. But he has not played in a game since joining the team, and Miami released him on Tuesday.

Perry, a backup safety and nickel cornerback, has spent the last two seasons as one of Miami’s best shooters, but his struggles during training camp cost him his place on the 53-man list.

Perry has played in three games this season and contributed with two tackles.