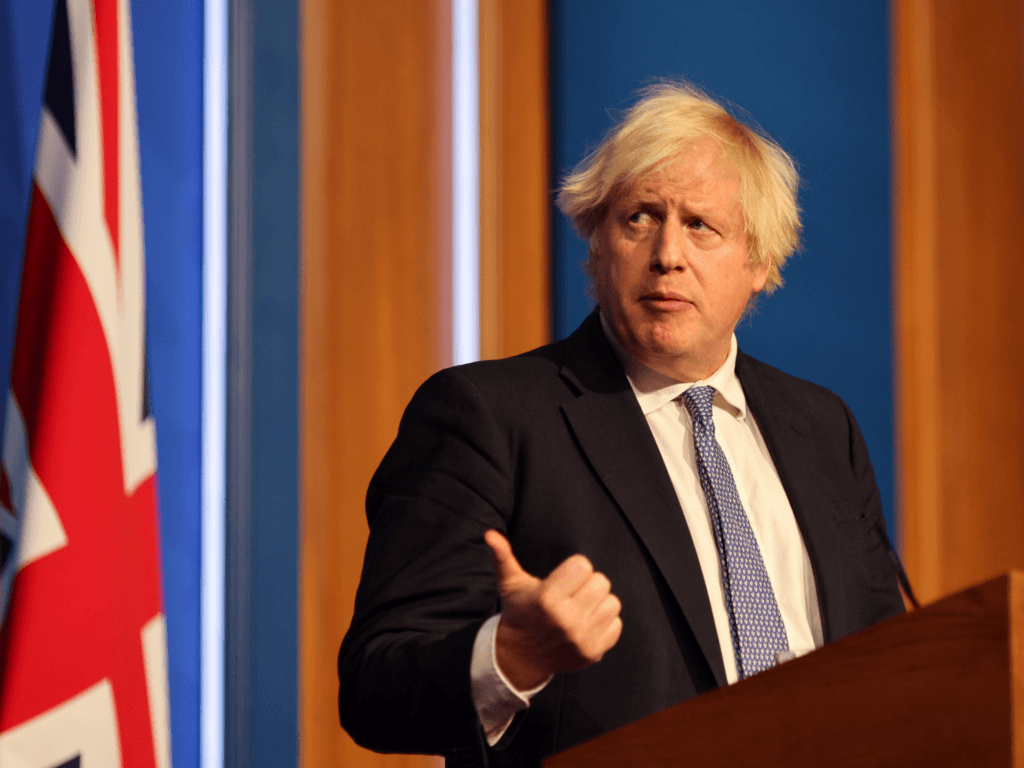 Prime Minister Boris Johnson’s government is reportedly seeking to abolish all remaining coronavirus restrictions by March, as pressure to return to normalcy has gained ground amid steadily declining cases of the Chinese virus.

Later this month, MPs will gather to vote on an extension of the ‘Plan B’ restrictions, which were introduced in November despite a major uprising in the Tory party against the government. The vote, scheduled for January 26, is expected to see the end of coronavirus passport requirements, but masking rules for public places may remain for the time being.

Yet according to a report in The Guardian newspaper, number 10 must introduce plans to lift all restrictions in the UK by March. While Britain experienced some of the most severe lockdowns during the initial waves of the Wuhan virus, should the reported plans come through, England would appear to be one of the freest countries in Europe in terms of the virus.

“There are still a few legal powers on the law book, not least the requirement for self-isolation. At some point, we will have to address them,” a government source told the newspaper.

In addition to the Plan B rules for COVID passports and mask wearing, England still has some remaining restrictions in place from the initial shutdowns, such as mandatory self-isolation in case of virus infection, with fines of up to £ 10,000 for violations. The requirement to provide your address and information about the people in your household to the NHS testing and tracking system also remains in place.

The government is also expected to abolish the need to provide a negative test for those returning from abroad in March and will address the statutory powers of the government to provide sickness benefits to workers.

Britain will lead the world in learning to live with COVID, says the Prime Minister https://t.co/9uuk0GFvqj

There have been growing calls from across the UK political spectrum to return to normalcy, and former vaccine minister, now education minister Nadhim Zahawi, said last week: “I hope we will be one of the first major economies to demonstrate to the world how to transition from pandemic to endemic, and then address this, how long it’s with us, whether it’s five, six, seven, 10 years. “

On Sunday, shadow health secretary and Labor MP, Wes Streeting wrote in That Mail on Sunday: “We know the coronavirus is here to stay, but as Labor’s Shadow Health Secretary, I do not want to see our country in lockdown ever again.”

“Learning to live well with Covid will prepare us to get through the next wave of infections without further restrictions on our lives, livelihoods and freedoms,” the Labor politician added.

The left-wing party’s anti-lockdown stance is significant, as Labor, instead of acting as opposition to the government, has consistently backed all the draconian measures introduced by the Conservative government.

The fact that both parties are seeking to end lockdowns signals a potential change of mood in Britain, which has seen several polls through the pandemic showing that the British population is one of the most feared of the virus in the West.

The move to potentially scrap all lockdown measures also comes as Prime Minister Boris Johnson has tried to wade through a political crisis after several leaks revealed his government party in Downing Street while the rest of the nation was forced to abide by the lockdown rules.

In response to the political unrest that has arisen, the government has embarked on an “Operation Red Meat” strategy to announce actually identifiable conservative agenda items, such as scrapping the BBC’s license fee and potentially sending the Royal Navy to the English Channel to resolve the migrant crisis. Prior to the lockdown scandals, Johnson’s government focused heavily on more left-wing issues such as green energy and high taxes, alienating significant parts of the Tory base.

Should the government propose an end to all coronavirus restrictions, Mr Johnson is likely to be blamed for doing so in support of right-wing parliament, which in November staged a nearly 100 MP uprising against the latest round of coronavirus attacks. rules. .

Regardless, cases in the UK have experienced a dramatic decline since the peak in December. On Monday, the government registered 84,429 cases, down from a high of 246,264 on December 29th.