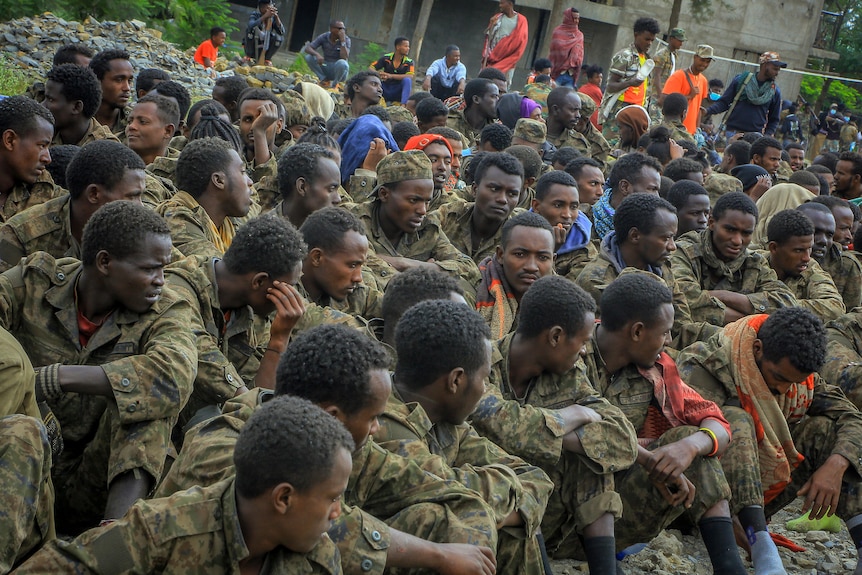 Ethiopian Prime Minister Abiy Ahmed has gone to the battle front to take responsibility in a years-long war, leaving the day-to-day work of governing the country to his deputy, while rival fighters approach the capital Addis Ababa.

The 45-year-old prime minister, winner of the Nobel Peace Prize and former soldier, arrived at the front on Tuesday, government spokesman Legesse Tulu told reporters without giving details about the place.

The war in Africa’s second most populous nation is estimated to have killed tens of thousands of people, and countries including France, Germany and Turkey have asked their citizens to leave immediately, while rival fighters from Ethiopia’s northern Tigray region advance.

Last month, Tigrayan forces and their allies threatened to march on the capital Addis Ababa, sparking fears the country could go into a full-scale civil war.

U.S. Envoy Jeffrey Feltman told reporters on Tuesday that he fears “new” progress in mediation efforts with the warring parties could be surpassed by “alarming” military developments.

A year of escalating conflicts

The Tigray forces dominated the former national government for 27 years before Abiy took office in 2018, and a growing political divide turned into war in November 2020.

Why is Ethiopia on the brink of a comprehensive civil war?

Insurgents are approaching the Ethiopian capital as millions face “catastrophic famine” and alleged “ethnic cleansing” in the Tigray region.

“Unless there is some form of divine intervention, I see no chance of a peaceful solution through dialogue because attitudes are highly polarized,” said Kassahun Berhanu, professor of political science at Addis Ababa University.

He added that he believed Mr Abiy’s decision to go to the front was “aimed at boosting popular morale”.

Tigray forces have said they want to march on the capital to oust Mr Abiy and install a new government.

Abiy’s government wants the Tigray forces, which it has designated as a terrorist group, to withdraw to their region.

The Prime Minister this week not only announced that he would go to the battle front, but also invited Ethiopians to join him, the latest call for any capable citizen of the country with more than 110 million people to take part in the struggle.

“The time has come to lead the country with victims.”

Hasty military training and allegations of conscription have taken place in recent months, while analysts have warned of the growing presence of ethnically based militias as the military is said to be weakening.

Strange as it may seem, a leader’s move to the front has taken place elsewhere in Africa, but at times with fatal results: Chad’s president Idriss Deby Itno was killed, according to the military, while fighting rebels in April.

“The situation is extremely dangerous,” said Adem Abebe, a researcher at the International Institute for Democracy and Electoral Assistance.

“Whose [Mr Abiy] being wounded or killed, not only will the federal government collapse, so will the military. “

Millions of civilians are trapped and starving because of the war.

The Ethiopian government has been blocking the Tigray region for several months for fear that humanitarian aid will end up in the hands of fighters.

Meanwhile, hundreds of thousands of people in the nearby Amhara and Afar regions are out of reach of significant aid after Tigray forces retook their region in June and began fighting their way towards the capital.

Another target for the Tigray forces appears to be the supply line from neighboring Djibouti to Ethiopia’s capital.

The US envoy has warned fighters against cutting off the road to Djibouti or entering Addis Ababa, saying it could be “catastrophic” for the country.

African Union envoy Olesegun Obasanjo has also communicated but has not commented publicly on his work in recent days.