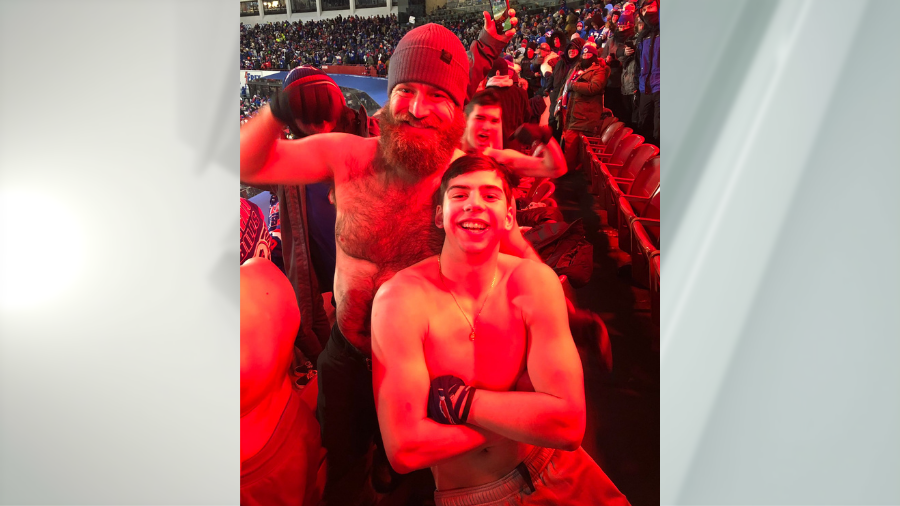 (WIVB) – Former Buffalo Bills quarterback Ryan Fitzpatrick was back at Highmark Stadium on Saturday – but this time as a fan.

Pictures of the Washington Football Team quarterback at Saturday night’s dominant playoff victory against the New England Patriots went viral on social media this weekend. In some of them, Fitzpatrick was shirtless – despite the single-digit temperatures.

Buffalo Bills head coach Sean McDermott spoke about Fitzpatrick’s performance during his press call on Monday, saying, “From what I know about Fitz, it’s appropriate, and I really appreciate his support.”

Fitzpatrick has played for nine NFL teams in his professional football career. He spent four seasons in Buffalo.

WIVB has contacted the Washington Football Team for a comment from Fitzpatrick.

Kaley Lynch is a digital reporter who has been part of the News 4 team since 2017. See more of her work here.